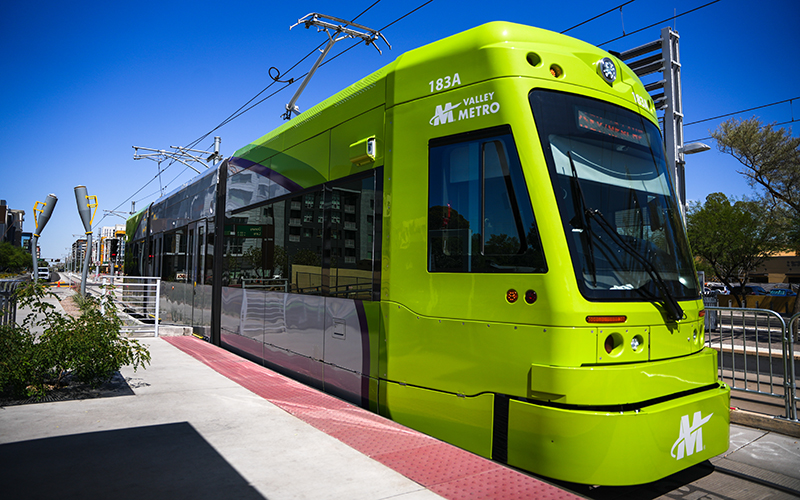 The Tempe streetcar pulls into the Apache Boulevard/Dorsey Lane station in Tempe on July 8, 2022. It began service in May. (Photo by Troy Hill/Cronkite News) 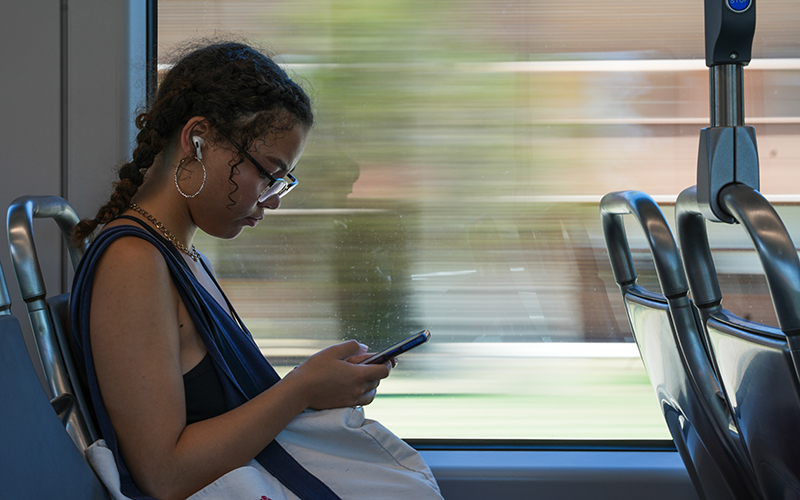 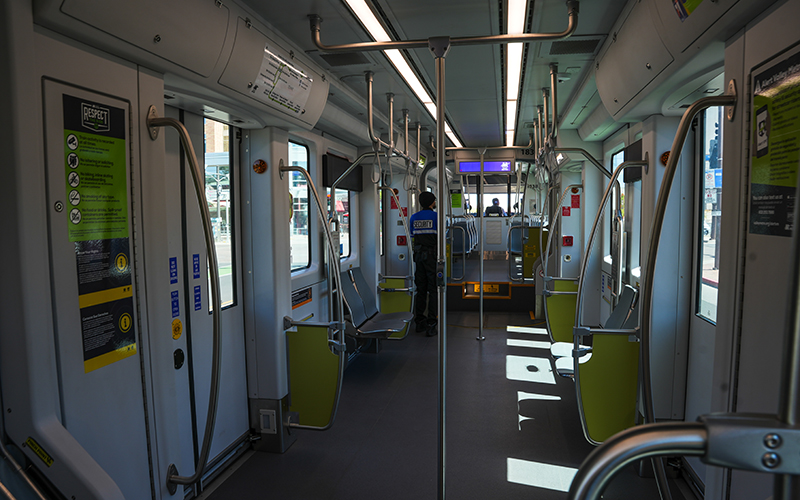 Some revelers arrived by car, but others stepped off a new streetcar that makes several stops along Mill and winds through other parts of downtown.

The streetcar, which began making its 3-mile route May 20, is the latest of several expansions to the Valley Metro transit network meant to add options for people without a personal vehicle to shop, dine, commute and explore farther-flung places across the Valley.

In addition to the streetcar, regional public transit agency Valley Metro is working to split the current light rail line in two and extend one line south. Longer-term plans include an east-west extension to link the Arizona Capitol to the light rail and a light rail line along Interstate 10 to further connect the West Valley to the transit system.

Across the Valley, about 50,000 people used the light rail every day before the coronavirus pandemic was declared in March 2020. Ridership fell off as businesses shut down and remote work became the norm, but weekday ridership now averages 27,000, according to Madeline Phipps, a public information specialist with Valley Metro.

“It’s really important that we continue to build our transit infrastructure because we want to be able to continue to serve our community members and provide them greater access to jobs, school, entertainment and just continue to connect people across the metro Phoenix region, especially as we’re expecting really big population growth in the coming years,” Phipps said.

From 2010 to 2020, the population of Phoenix – the fifth-largest city in the U.S. – increased 18.1%, the city reported when census counts were released in 2021. Population also rose in Queen Creek, Buckeye and Goodyear – which were among the 15 fastest-growing cities in the U.S. – and other Valley municipalities.

Valley Metro says use of the light rail and buses decrease carbon emissions in the Valley because riders don’t have to burn gas in their personal vehicles.

The streetcar is free to ride for the first year. Phipps said 20,000 people used the streetcar in its first month alone, with an average of 767 boardings per weekday. Unlike light rail, it shares the road with other vehicles.

The car starts on Rio Salado Parkway, goes west and splits into a loop in downtown Tempe, extending south on Mill Avenue and Ash Avenue, where it reconnects on Mill, turns east on Apache Boulevard and ends at Dorsey Lane, where it shares a stop with the light rail. 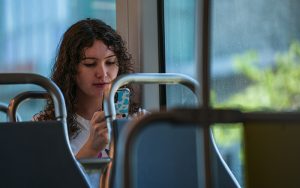 Vivienne Pelletier of Tempe loves taking the streetcar because there are stops close to her apartment and her work.
“It’s very, very convenient to get from here to Mill,” she said. “And it’s opened up new things I can do super quickly, especially because I don’t have a car.”

The $192 million project received $75 million from the Federal Transit Administration; $103 million from regional Proposition 400 funds; and $13 million from a partnership between the city, ASU and several Tempe businesses.

Approved by Maricopa County voters in 2004, Proposition 400 extended the half-cent sales tax for transportation through 2025 and helps fund many of the public transportation projects in the region.

The Northwest Phase II extension will extend the northern reach of the light rail by 1.6 miles by going from 19th Avenue west on Dunlap Avenue, north on 25th Avenue, then west on Mountain View Road over Interstate 17 and stopping at the former Metrocenter mall. Valley Metro also is adding three stops along the extension and a park-and-ride location at the old mall, which will be replaced by housing and spaces for retail, restaurants, services and offices.

Construction on the track and rail stops started in May, with completion expected in early 2024. The $401 million project is funded by $158 million from a federal Capital Investment Grant, which are funds from the Federal Transit Administration, $213 million from Phoenix’s Transportation 2050 tax and $30 million from Prop 400 taxes, Phipps said.

Also underway is the South Central extension/Downtown Hub, which began construction in October 2019 and will split the existing light rail into two lines: the north-south line and the east-west line. It will also extend the north-south line south along Central Avenue from Washington Street to Baseline Road. 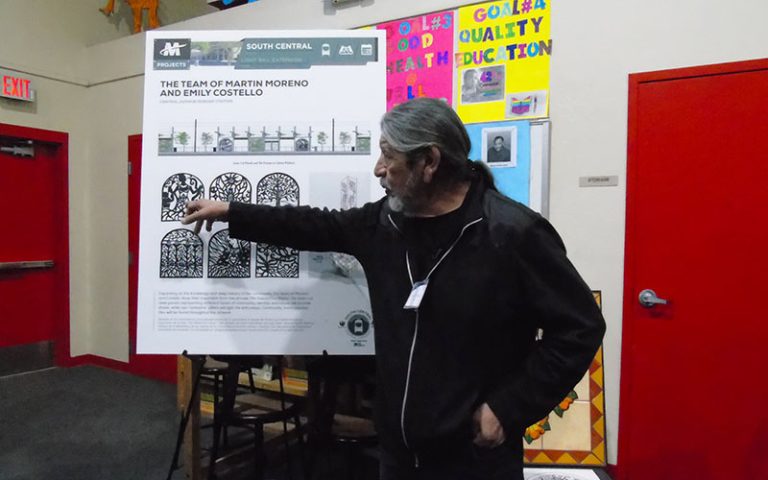 The lines will cross at a hub in downtown Phoenix, which will include three new stops. The project also will close off a section of Central to vehicle traffic, according to Valley Metro.

The extension is expected to open in 2024 and sets up the system for future expansion.

The Capitol extension is in planning to connect with the new east-west line in downtown Phoenix by extending it with a loop that starts from the downtown hub, continues west on Washington Street, south on 19th Avenue and back east on Jefferson Street before reconnecting to the hub.

The project is in the preliminary engineering phase, and the environmental assessment phase is expected to begin this year. In an email, Phipps said that the funding is expected to come from a mix of federal, regional and city sources.

The I-10 West extension, which is in the early conceptual phase, would go from the Arizona Capitol, north along I-17, west along the Interstate 10 median, then north on 79th Avenue to Desert Sky Mall.

Cost estimates have not yet been released.