Longtime sports journalists, like these reporters covering Pittsburgh’s Mario Lemieux in 2001, were taught to report only the facts, but the advent of social media has revealed a fandom side of media, too. (Photo by Rick Stewart/Allsport/Getty Images)

PHOENIX – Is there room in a sports journalist’s world for public fandom?

Probably the most memorable experience of my career #StanleyCup pic.twitter.com/My4OyJE8OR

The post shows photos of Chambers holding the Stanley Cup trophy with a cigar in his mouth and beer bottles visible on the floor next to him. Above the photos, Chambers wrote, “Probably the most memorable experience of my career #StanleyCup.”

Many sports journalists criticized the Avalanche reporter for a lack of objectivity. Many fans didn’t understand the uproar, suggesting the media was overreacting to an honest moment by someone who had surely grown close to some in the organization.

Jeff Pearlman, a longtime sports journalist and New York Times best-selling author, quote tweeted Chambers’ post and wrote, “Dear Journalists: What not to do. Ever.” And sports journalist Leif Skodnick replied with “I guess we don’t have to worry about maintaining objectivity in journalism anymore. Just do whatever you want. Be a part of the team you cover.” 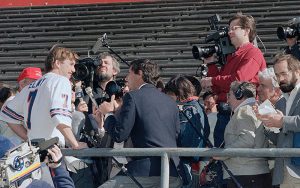 Television cameras and reporters surround Denver Broncos quarterback John Elway ahead of Super Bowl XXI, in Costa Mesa, California, in 1987. The backbone of journalism has long been about neutrality and objectivity, but social media has blurred the lines. (Photo by Ed Andrieski/AP/Shutterstock)

The advent of social media has brought more transparency to sports journalism, providing a forum to not only report but share opinions and, at times, fandom.

But the media overall appears to be undergoing a reckoning. Critics have challenged major news networks for blurring the line that separates objectivity and opinion. On many news shows, the pundits and reporters have merged into one. That is especially true in discussion of politics.

“I don’t see that as a move to opinion. I think that is addressing the need of serving people’s interests,” recently fired CNN reporter Chris Cuomo said last week on “Real Time with Bill Maher.” “We were faced with something the media has never seen in this country before. … I don’t think it was about moving to opinion and not relying on facts and analysis. But they had to take it on.”

The backbone of journalism has long been about neutrality and objectivity unless one is defined as a columnist or pundit. The common message of journalism schools: Just report the facts.

Confidence in the news media has fallen to all-time low, according to a Gallup poll released July 18, with just 16% of U.S. adults now saying they have “a great deal” or “quite a lot” of confidence in newspapers and 11% in television news. 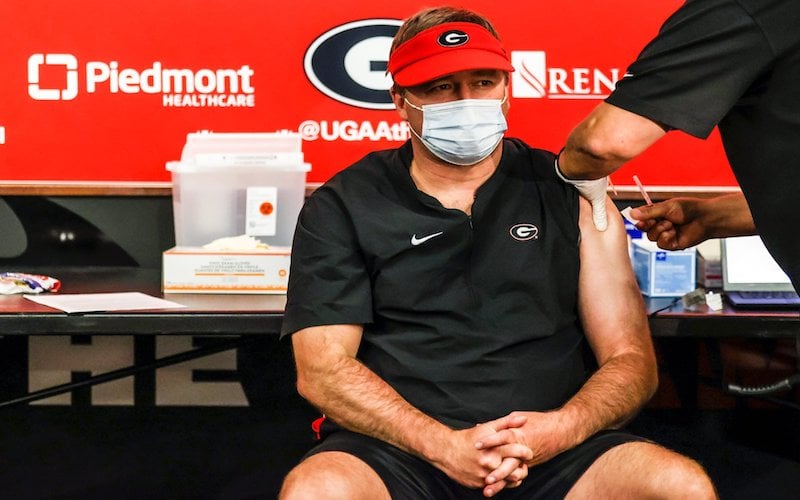 Could that blurred line be the reason? And could it be impacting the sports world as well?

“Many end up going into sports journalism because they’re a fan of sports, and a lot of times that’s not particularly easy to hide,” said Rick Rodriguez, a longtime journalist and professor at Arizona State’s Walter Cronkite School of Journalism and Mass Communication who has taught classes in ethics and investigative reporting. Cronkite News is a product of the Cronkite School.

“Sometimes it’s not hidden in their stories, but still, I think as a journalist, they have an obligation to have a semblance of detachment from the team (they’re covering).”

Chambers, the journalist at the heart of the controversy, told Cronkite News via email that he has been asked not to discuss the topic.

The debate has picked up steam in the past decade, as more “two guys in a bar yelling at each other” shows have landed on networks. Additionally, writing in the voice of a fan has become more popular.

“We have to hold ourselves, as journalists, to a very, very high standard, and sometimes that means calling (other journalists) out,” he said.