As the son of a former Pro Bowl safety, Jordan Clark knows expectations are high. But he’s also determined to be his own man and let his game speak for itself. (Photo by Christian Petersen/Getty Images)

TEMPE – A broken ankle was the flashpoint moment in Jordan Clark’s life.

Clark suffered the injury at a JV basketball tournament during his freshman year of high school and needed surgery. He broke down, not because his basketball season was over but because recovery would throw a wrench in his plans for football.

“I was competing for a spot to start on the football team the next year,” said Clark, now a junior defensive back at Arizona State. “I just knew how recruiting and everything goes, and I’m already a smaller guy, so I thought that would really set me back and put me in a tough spot.”

“That was kind of a time where I knew, ‘Oh, he really wants it,’” Ryan said. “He wasn’t necessarily thinking about being hurt because he couldn’t play basketball. He’s like, ‘Now I won’t be able to train with my team for football, either.’ And I think from then on, we were locked in.”

Ryan had a very hands-on approach in training Jordan. Once Jordan told his dad about his aspirations to get a college scholarship to play football, both were committed to the work, with the two fitting workouts in before and after school.

“We only had one rule though,” Ryan said. “If football was the sport you were going to pick, you had to do it the right way. You had to put work in the right way, and you had to listen to the things I was telling you to do.”

The training was tough, and Jordan believes that not enough gets said about the intense amount of work high school athletes put in to receive collegiate offers. All his time was devoted to playing football, working out, doing homework and maintaining a strict diet. He didn’t have much of a social life until the tail end of his junior year.

However, the work he put in allowed him to stand out both on and off the field as a talented player and an excellent teammate.

“He had a personality that was really outgoing,” said Chad Mahaffey, who was Jordan’s high school football coach at University Lab. “He was friendly with teammates. On the field, he was always having a good time, whether it was practice or the game. He loved going out there and competing and trying to get better.”

When it came time for the four-star recruit to choose a college football home, many signs pointed to Jordan going to LSU starting with his parents. Ryan and his wife, Yonka, both attended LSU, where Ryan received all-SEC honors as a defensive back for the Tigers from 1998 to 2001. University Lab is located on the Baton Rouge campus and is a part of the university’s system. However, things just didn’t go that way. 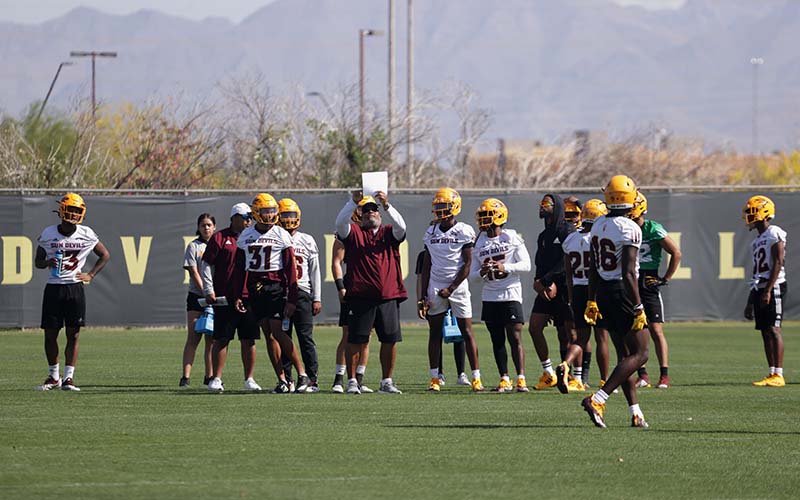 “They just never really recruited me that hard,” Jordan said. “But at that point, I already had 10, 15-plus offers. I didn’t feel like I needed to go to camp there. The teams who wanted me were already making a push and getting at me without me having to go to camp. That just ended up not being what I wanted to do. I still got all the love in the world for them.”

Jordan instead chose to go to Arizona State, where he spent some time as a child. His family would spend their summers in Scottsdale while Ryan trained in the offseason after OTAs.

Being comfortable with the area, Jordan added that he liked how Arizona State employed a 3-3-5 defense, a defensive scheme that fields five defensive backs. Jordan saw a clear lane for him to get opportunities early. He also felt comfortable with the head figures of the program, noting that seeing Black people in prominent positions meant a lot to him.

Las Vegas Raiders linebackers coach Antonio Pierce, who served in the same role at Arizona State at the time of Jordan’s commitment, is an uncle figure to Jordan and was another major draw to the program. Pierce and Ryan Clark were NFL teammates in 2004 and remain close friends. Ryan and ASU coach Herm Edwards worked together as analysts at ESPN from 2015 to 2017.

“I really, really wanted the opportunity to play for a Black head coach,” Jordan said. “To play for coach Herman (Edwards) and to be in a place where people in authority and people in the building look like me, that’s not something that a lot of kids get to experience. And that’s something that was important to me.”

Growing up, Jordan said that he was always compared to his father and was expected to fill his shoes. However, that was never the kind of dynamic that Jordan and Ryan shared.

“That was never an expectation that he placed on me,” Jordan said. “It was just always all about the work. That’s what it’s always been about. The result is going to be what it’s going to be, but the one thing you can control is the work, and that’s what we do day in and day out. I just try to be the best Jordan Clark I can be. That’s all my father wants from me, and that’s all I expect for myself.”

Beyond the training and work put in on the field, the teachings that Ryan gave Jordan outside of football are most important to them.

“Jordan is 20 times better than I was at that age,” Ryan said. “And probably a little bit better than I am now. A lot of that goes to his mom though. She was strict, but she just loves him with everything she has. That love, that upbringing. Those parts of her combined with some of the things I was able to teach him as a man, that has made Jordan who he is.”

Heading into 2022, Jordan has taken more of a leadership role on the team as one of the older guys in the locker room. Despite all of the noise surrounding the program throughout the offseason, Jordan has remained committed to letting the work he and his teammates put in during the offseason speak for itself this upcoming season. The Arizona State Sun Devils open the regular season Sept. 1 against Northern Arizona.

“It’s about what happens on that grass,” Jordan said. “For me, it’s been about building up my teammates, building up the people in the building, and building up myself. When it comes time to play football, I know they’re ready, and they know I’m ready. We ride for each other and the results are going to be what it is. At the end of the day, it’s all about the work, and I’m really confident in the work that we put in.” 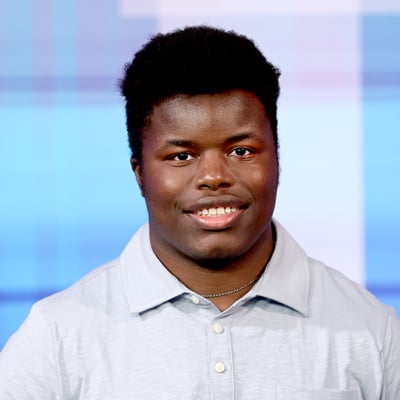