TAPACHULA, Mexico – For migrants in this overwhelmed city, many women from very different parts of the globe turn to sex work for the same reason: survival.

Behind Benito Juarez Park, in Tapachula’s center, women sit in pairs or stand by themselves outside the bars and restaurants. Their heavy eyeshadow and bright lips are juxtaposed with their casual blouses and sandals. They blend in among the chaos of the square but stand out to the men looking for their services.

Nearly half the migrants who crossed Mexico’s southern border in 2021 were women, according to the U.N. High Commissioner for Refugees. When women, especially single mothers, arrive in Tapachula, they lack job opportunities and proper work permits, according to Cristian Gomez Fuentes, coordinator for Brigada Callejera de Apoyo a la Mujer Elisa Martinez center in Tapachula.

The organization, which provides medical care, counseling and many other services to sex workers, in February reported a 70% increase in prostitution in Tapachula over the previous several months. The group, founded 35 years ago in Mexico City, has worked in Tapachula since 2017.

“What you have is all these women who come, and they are taken into this sector, which is not what they expected,” said Itzel Vizcarra, head of the International Office for Migration, an United Nations agency that aids migrants in Tapachula.

Because of the stigma of sex work – the women often try to hide their activities from their families – accurate statistics on how many migrants turn to sex work in Tapachula aren’t available, according to a 2020 research study in the Journal of Health Care for the Poor and Underserved.

“The vast majority, the only place where you can work without documents to start with is in a botanical center [park] or in a bar or directly in the street,” Gomez Fuentes said. “In sex work, they can subsist day-by-day and be able to send a little resource to their families who are left behind in their country.”

Migrant women often are subject to abuse and harassment while working, depending on whether they work indoors or out, according to the Journal of Health Care for the Poor and Underserved. Women working in more formal settings, such as bars, are more likely to receive some protection from managers, staff and other co-workers. Abuse from clients and immigration officials is more common for migrant women working in informal outdoor settings, the study said.

According to a research article published in PLOS ONE in 2018, sexual and psychological abuse by clients often occurs during condom negotiation, or as the result of intoxication. When women are arrested by immigration officials, Gomez Fuentes said, they’re often assaulted and robbed to pay a fee, and most will not report abuse out of fear of deportation.

“They were really afraid of all kinds of violence with authorities, especially international migrants, fear of being deported because the deportation process is horrible,” said Belen Febres-Cordero, a former research assistant at the Center for Gender and Sexual Health Equity, a research center affiliated with the University of British Columbia and Simon Fraser University.

In addition to abuse, migrant sex workers are underpaid, said Elvira Madrid Romero, founder of Brigada Callejera. Workers make 200 to 300 pesos a day (up to $15), she said, which was a slight increase in recent months but still not nearly enough, especially when local business owners and landlords routinely overcharge migrants.

“For moms,” Gomez Fuentes said, “it is true that they have the pressure to be the provider of the family’s home and are mainly the head of the family because they have to take care of everyone, paying rent, water, electricity and food.”

Lack of access to and knowledge of sexual and reproductive health also is a problem among sex workers, according to the study in the Journal of Health Care for the Poor and Underserved. Distance, time and cost play a large role in women not seeking out resources, such as HIV/STI testing, condoms and contraceptives. Others forgo help for fear of disclosing their status as a sex worker to local health clinics. Febres-Cordero said some women don’t know how HIV spreads or pregnancies occur.

Sex workers in Tapachula often turn to Brigada Callejera for medical assistance and other help without judgment.

“We work defending the rights of sex workers. … It’s not black and white,” Madrid Romero said.

Brigada Callejera offers general medical care and HIV and syphilis testing at its center in north-central Tapachula. It also distributes comic books that provide educational material related to the center’s work, including AIDS and condom use. Team members also go directly to places where migrants work, providing testing for HIV and discussing sexual and reproductive health, as well as human and labor rights. 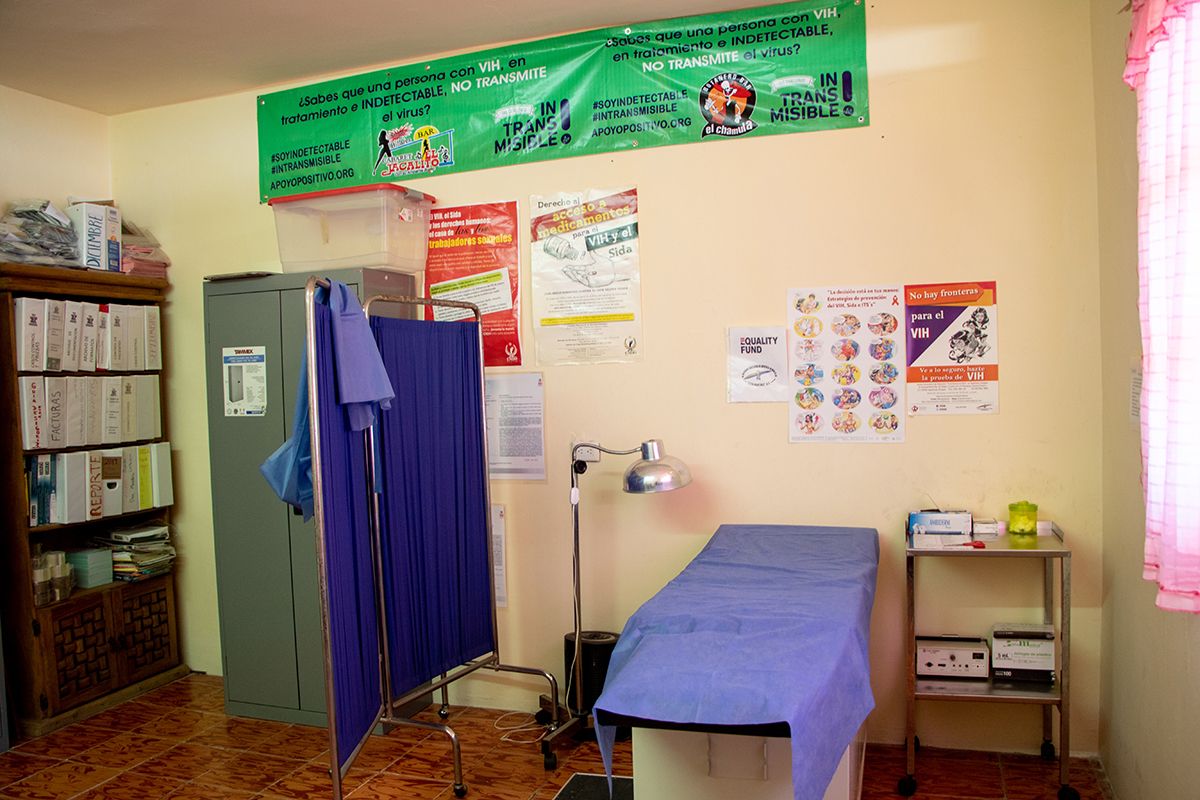 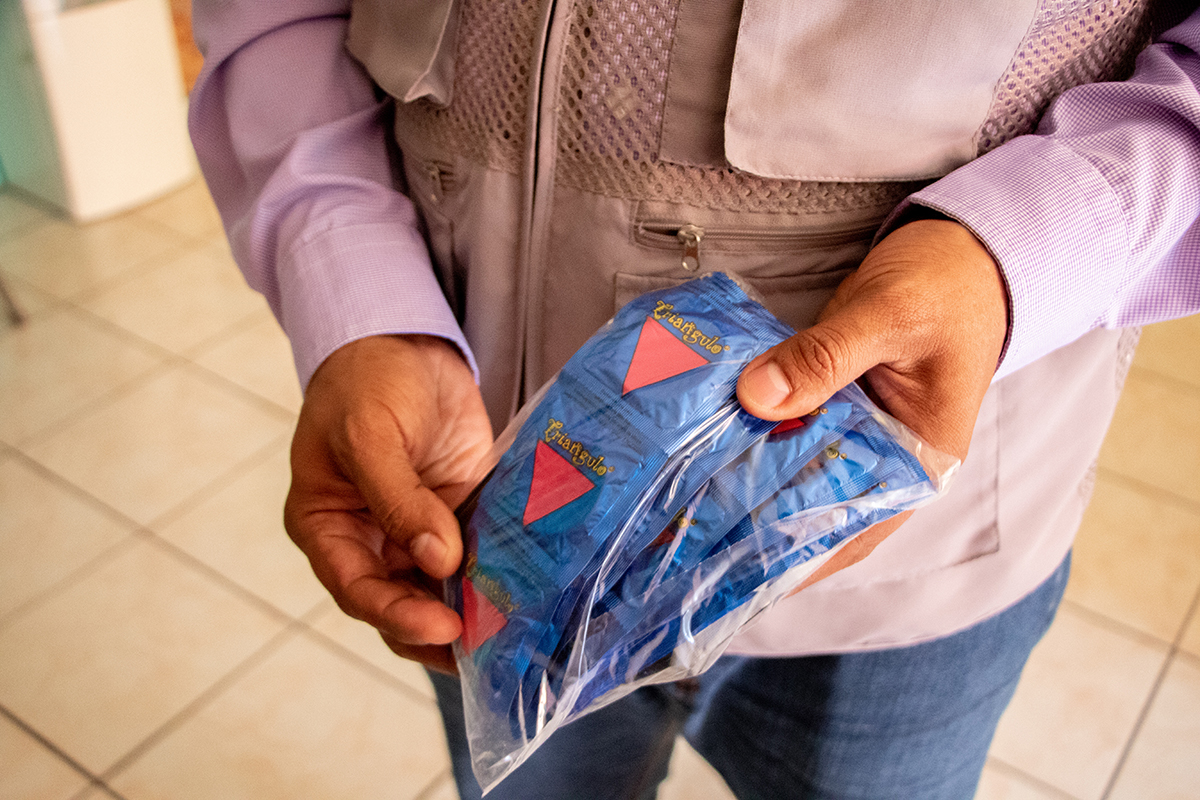 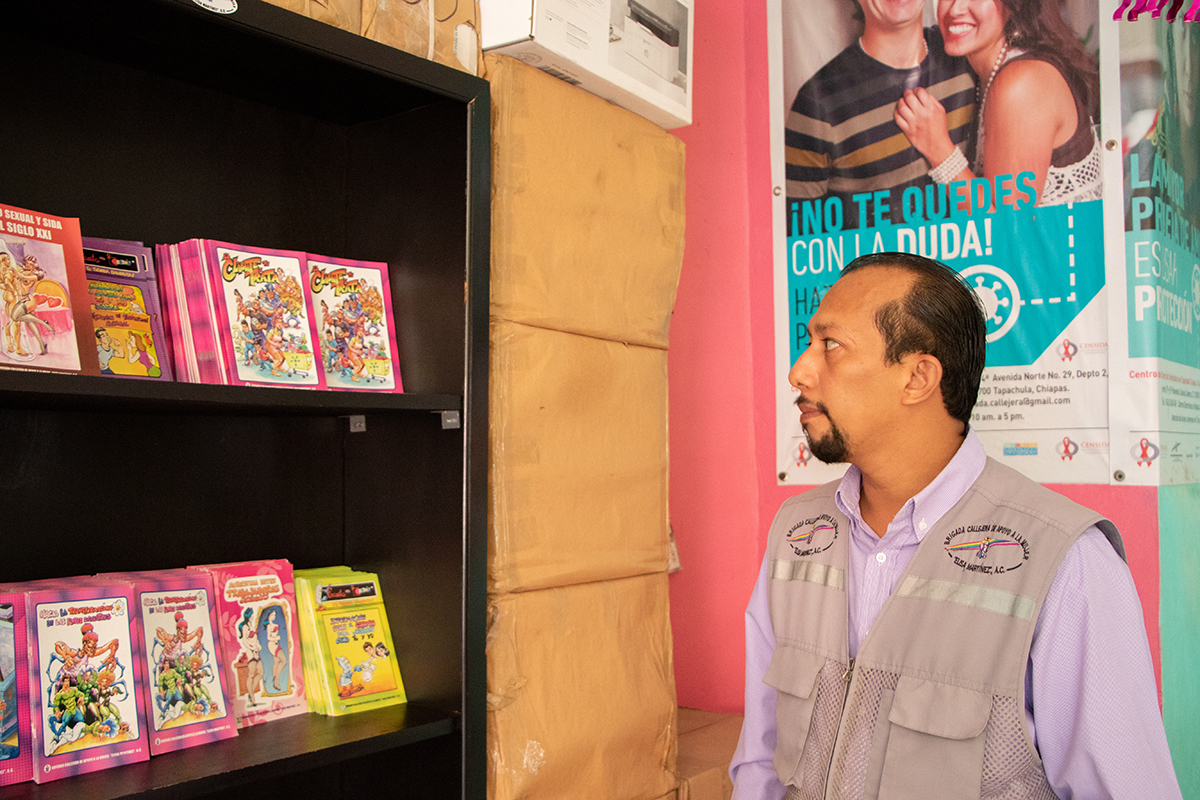 For sex workers who become pregnant, Gomez Fuentes said, workers from the center ensure they get proper treatment, which many clinics and hospitals will not provide because of the women’s status. They help track the pregnancy, provide vitamins and perform prenatal check-ups. When women go into labor, the team will direct them to health centers so they can get proper treatment at no cost.

“Simply because they are migrants, they do not receive the proper attention they should give them,” Gomez Fuentes said.

As jobs for migrants remain scarce in Tapachula, women will continue to work the bars and streets. For most, keeping their families alive in hopes of someday continuing their journey north outweighs the risks of sex work.