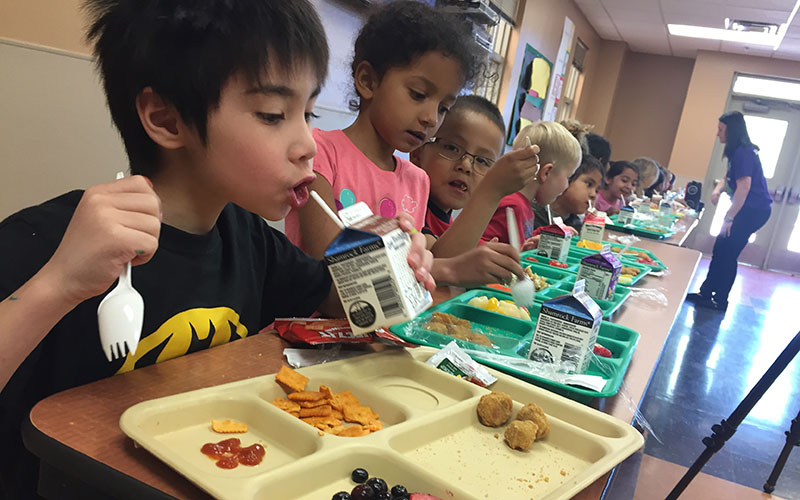 A federal expansion of the school lunch program instituted as a COVID-19 relief measure was set to expire June 30, but will continue through the summer thanks to last-minute congressional action. Students at Barbara Robey Elementary School enjoy lunch in this photo from 2017. (File photo by Lily Altavena/Cronkite News)

WASHINGTON – A pandemic-era program that greatly expanded access to school lunches won a last-minute extension through the summer, “fantastic” news for the tens of thousands of Arizona kids who have relied on those meals, advocates said.

The expanded school lunch program was set to expire Thursday, but the House and Senate late last week shoved through the Keep Kids Fed Act, an extension that was signed into law Saturday by President Joe Biden.

“The Keep Kids Fed Act extends those summer waivers which is fantastic,” said Angie Rodgers, president and CEO of the Arizona Food Bank Network. “We’re absolutely supportive of it.”

While advocates welcomed the extension, some were already worrying about what will happen when kids return in the fall, the next expiration date for the program.

“If kids are hungry, they’re not going to learn,” said Barb Simington, food service liaison for the Blue Ridge Unified School District, about the possible transition back to normal meal service when the 2022-23 school year begins.

The program started in the early days of the pandemic, when many schools were closed and children who relied on a free or reduced-price school meal faced the possibility of losing their only healthy meal of the day. 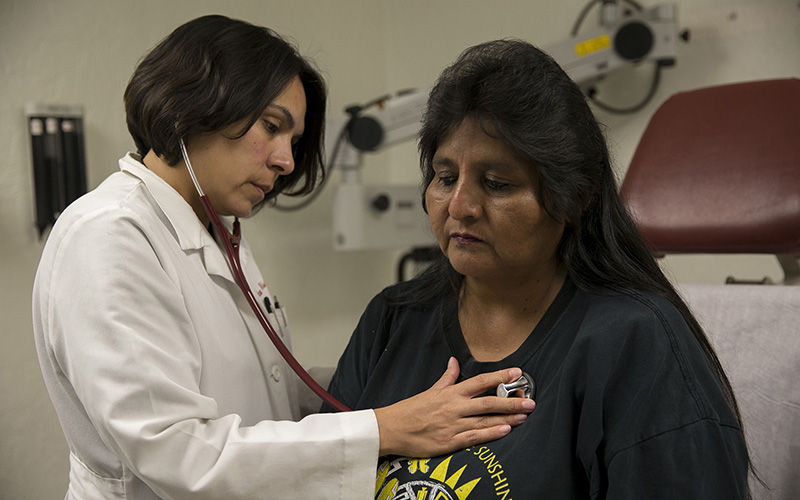 Under the program, the U.S. Department of Agriculture waived eligibility requirements so that schoolchildren could get a meal without having to apply for the program. It also allowed the meals to be eaten off-site, so that families could pick up the meals from closed schools and take them home for their children age 18 and under.

It was not immediately clear how many Arizona schoolkids have been taking advantage of the expanded school lunch program, but as many as 700,000 were eligible even before the expansion.

The changes “really have been such a game changer for many families across our state,” Rodgers said, as they streamlined the process and reduced the stigma for students who needed free meals at school.

The waivers helped school districts “overcome challenges and continue to serve nutritious food to children during this difficult time,” a USDA spokesperson said this month. The agency said the $3 billion Keep Kids Fed Act may have kept as many as 10 million children nationwide from losing access to free lunches.

In Arizona, 24% of children live in “food insecure” homes, according to a report by Feeding America. While nearly 700,000 children are eligible for free or reduced-price meals during a normal year, Rodgers noted that there are about 1.1 million school-aged children in the state and “potentially all of them could be impacted by … these waivers.”

The Keep Kids Fed Act extended the waivers through mid-September, and will provide school nutrition programs with additional funding to help them cope with inflation and supply chain issues that have hit school meals.

The extension comes as summer nutrition programs are in full swing, with 334 summer meal sites open statewide, according to the Arizona Food Bank Network. Before the Keep Kids Fed Act was passed, many advocates had expected to see a drop in the number of sites – ”the ship had sailed on summer,” one said – but the extension is likely to blunt the drop. 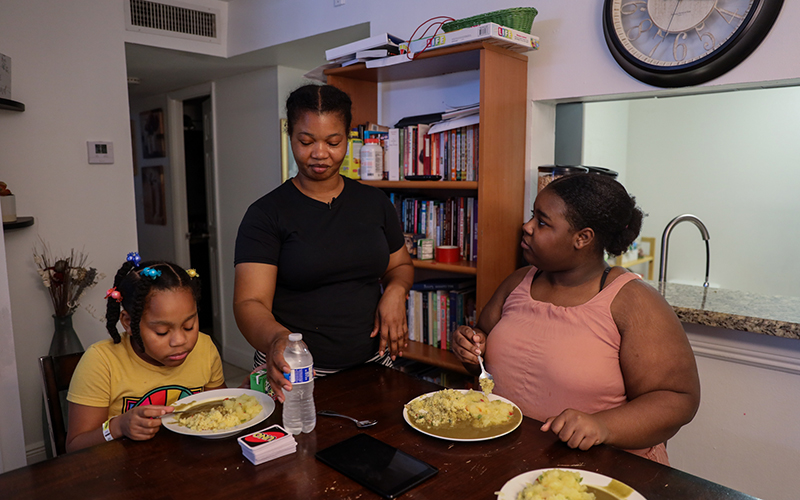 “Because many students rely on the consistent nutritious meals that they get through the academic year through school meals, the summertime can be especially challenging for kids and families,” Erica Olmstead, the senior field manager for No Kid Hungry, said earlier this month.

Advocates in Arizona said the number of meal sites may still decrease for other reasons in July, such as heat and staffing issues. Because sites can shift through the summer, advocates urged families to call ahead or to find a nearby meal site by texting “food” or “comida” to 304-304, a text service run by No Kid Hungry, before heading out.

School officials are now turning their attention to fall, when the expanded school lunch program is currently set to end. That would mean a return to the previous program, under which parents had to apply for eligibility for the free or reduced-priced meal program through the Arizona Department of Education.

“Come the first day of school as it stands right now, you have to qualify for your free meal, your reduced or your paid (meal),” said Simington, of the Blue Ridge Unified School District. “I think it’s going to be a huge transition for families.”

A bipartisan Senate bill, the Support Kids Not Red Tape Act of 2022, would extend the expanded program until September 2023, if passed. The bill currently has 51 cosponsors in the Senate, including Arizona Democratic Sens. Kyrsten Sinema and Mark Kelly, but has yet to get a hearing after being introduced in late March.

For now, however, advocates are glad the program will continue at least through the summer.

“Ultimately, this legislation (the Keep Kids Fed Act) will keep more kids fed and nourished,” said a statement from Lisa Davis, senior vice president of No Kid Hungry. “Every kid deserves three meals a day, and everyone working to feed kids should be supported, especially in this challenging environment.”