Dalen Terry is joined by family and friends as he waits to hear his name called by NBA commissioner Adam Silver during the NBA Draft. (Photo by Max Campodall’Orto/Cronkite News)

SCOTTSDALE – After the 10th pick, Terry family members huddled. After each subsequent pick, they would do the same: stand, inch closer together and listen to see if Dalen Terry’s name was called in the 2022 NBA Draft. The 11th pick passed. Twelve, 13, 14, 15, 16 and 17. Each time another prospect was selected, they sat down, laughed and hugged.

At 18, Chicago was on the clock. A buzz went through the Old Town Scottsdale restaurant. The news was out: The former Arizona guard would become the newest member of the Chicago Bulls.

Thursday night, Terry was surrounded by friends, family, coaches and former teammates at Lo-Lo’s Chicken & Waffles for his NBA Draft party, celebrating the hard work he had put in to get there.

“Man, I beat the odds,” Terry said right after the draft announcement. “I’m just blessed to be here. Thank God, thank everyone. This is crazy.”

Arizona coach Tommy Lloyd was there and reflected on how highly he thought of his former player but also acknowledged the hard work is just beginning.

“It’s a great day and they need to celebrate but once he checks into Chicago, it’s going to get tough,” Lloyd said. “He’s got to be aware of that and know hard days are ahead, but he’s built for it. He should believe in himself, and he’ll make it happen.” 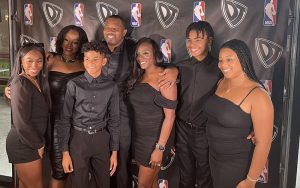 The Terry family was excited to gather at Scottsdale’s Lo-Lo’s Chicken & Waffles Thursday for an NBA Draft party. (Photo by Max Campodall’Orto/Cronkite News)

Lloyd also said he felt a little bit of sadness, but only because he wouldn’t get to coach Terry again.

“DT is an incredible person, he’s got a great spirit,” Lloyd said. “I’m his biggest fan and I’m always going to be here for him.”

Terry’s mother, Fanise Yancy, was in tears after her son’s name was announced by NBA commissioner Adam Silver. “I am so proud of him. I don’t know anyone who is as devoted to the game,” she said. “I have celebrated Dalen since the day I found out I was pregnant with him, and we are going to continue celebrating him because he deserves it.”

Terry said that it meant everything to see her so proud of him.

“She sacrificed so much for me to be here,” Terry said. “From me being her first child when she was 21 to me being drafted at 19 like, come on, man!”

“I don’t think I knew he was going to the NBA this year until the Pac-12 tournament and then going into March Madness,” Al Terry said. “He had a growing first year at Arizona and to see how he developed his sophomore year to make that leap, I think we kind of knew it was a wrap.”

Al Terry believes his son is just scratching the surface of his potential and that his work ethic will define his future.

Dalen Terry’s siblings were also there in support of their brother.

“This means a lot because I’ve seen how much effort he’s put into this,” Isaiah Terry said. “This has been his goal for as long as I can remember.”

Dalen Terry’s youngest brother, Tre Terry, said he knew his brother was going to the NBA when he heard everyone talk about how well Dalen played during Arizona’s loss to Houston in the Sweet 16 of the 2022 NCAA Men’s Basketball Tournament, where Dalen scored a career-high 17 points.

His sister Jaiah Marley remembers seeing her brother hit a half-court game winner when they were younger and she said, “That’s when I knew, things were about to get serious.”

He reflected fondly on his hometown of Phoenix, acknowledging that he was not invited to the green room at Barclays Center like other high draft picks, but was happy to be surrounded by family and friends.

“I’m a Phoenix kid man,” Terry said. “I’m Phoenix through and through, so doing it here is even better than going to New York. The whole city is here at Lo-Lo’s. It shows that I have so much love in the city. What more can you ask for?”

Terry impressed scouts at the NBA combine, measuring in at 6-feet-7 with a wingspan just under 7-1, He also performed well in pre-draft interviews where, former ESPN writer and now Portland Trailblazers assistant GM Mike Schmitz reported, “league executives consistently raved about Terry’s interviews, citing his competitiveness, feel for the game and engaging personality.”

Terry is looking forward to getting to Chicago but knows the weather will require some adjustment. “It’s a little cold over there,” Terry said. “I gotta get some jackets.” 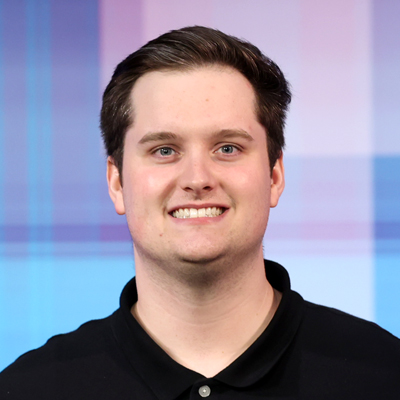