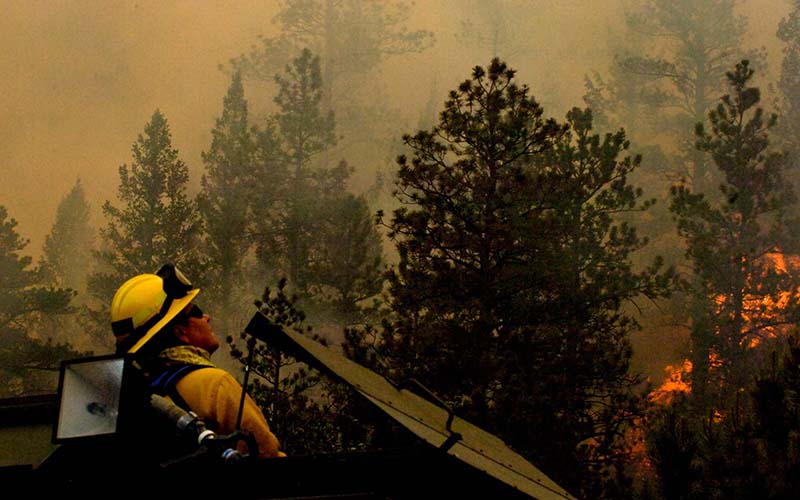 Starting pay for federal wildland firefighters was $13 an hour until last year, when it was raised to $15 an hour. The Biden administration this week approved steep raises for federal firefighters, which officials called a step in the right direction while adding that more needs to be done. Here, a National Guard soldier fights the High Park wildfire in Larimer County, Colo., in 2012 . (Photo by Sgt. Jess Geffre/Army National Guard)

WASHINGTON – Advocates welcomed the announcement this week that pay for federal firefighters will increase by as much as $20,000 this year, what one official called a potentially “life-changing” step for the chronically underpaid crews.

But they say more still needs to be done to attract and retain crews to the dangerous job of battling wildland blazes, as ever-larger fires rage and current firefighters leave for better-paying and safer work. They called Tuesday’s announcement by the White House, however, a step in the right direction.

“I am very pleased to see that the Biden Administration got this decision right,” said a statement from Randy Erwin, president of the National Federation of Federal Employees, the union that represents the majority of federal wildland firefighters.

“They did the right thing and implemented this pay increase nationwide and as fast as they could,” his statement said. “As a consequence, communities are going to be protected and lives are going to be saved.”

The news comes as the West is suffering through a particularly bad fire season, with 11 wildfires currently burning in Arizona alone, according to InciWeb.

The Pipeline Fire, which has been burning six miles north of Flagstaff since June 12, had burned 26,532 acres but was 70% contained as of Wednesday. The nearby Haywire Fire had burned another 5,575 acres and was 50% contained. 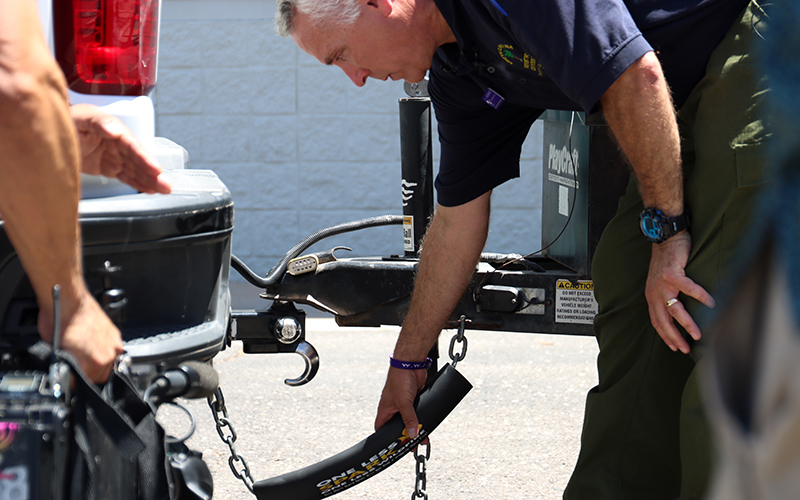 Rep. Tom O’Halleran, D-Sedona, who also represents Flagstaff, called the Pipeline Fire “one of the more forceful, powerful fires that I’ve ever seen.”

He said there were 170 firefighters when he arrived on the day the Pipeline Fire was reported, and that more firefighters had arrived from California by that night, but that the response was limited in the beginning because firefighters were tied up in other fires.

“I was amazed that we didn’t lose much more than occurred,” O’Halleran said of the damage from the Pipeline Fire. “We need more firefighters to come to these events or incidents, it is critically important.”

Pipeline was not the first major fire to hit Arizona this year. The Tunnel Fire burned about 19,000 acres and forced the evacuation of hundreds of households in the Flagstaff area in April, according to InciWeb.

The raises announced this week are only for two years and are meant to be a bridge for the Biden administration and Congress as they work toward long-term reforms, the White House said. It’s the second raise in a year for federal firefighters, after the administration bumped minimum pay from $13 to $15 an hour last summer.

In a statement, President Joe Biden called firefighters “some of the bravest men and women among us, and the backbones of our communities, protecting our homes, businesses, schools, and families from catastrophe.”

Under the latest plan, federal wildland firefighters will get either a 50% increase in their current base salary or an extra $20,000 per year, whichever is less. The increase would be retroactive to October 2021. The plan also expands access to mental health support and creates more career pathways in wildland firefighting, the White House said in a statement.

Funding for the $600 million package will come from the $1 trillion infrastructure bill passed last year. Administration officials hope it will help in parts of the U.S. where fire crews are difficult to recruit and retain. 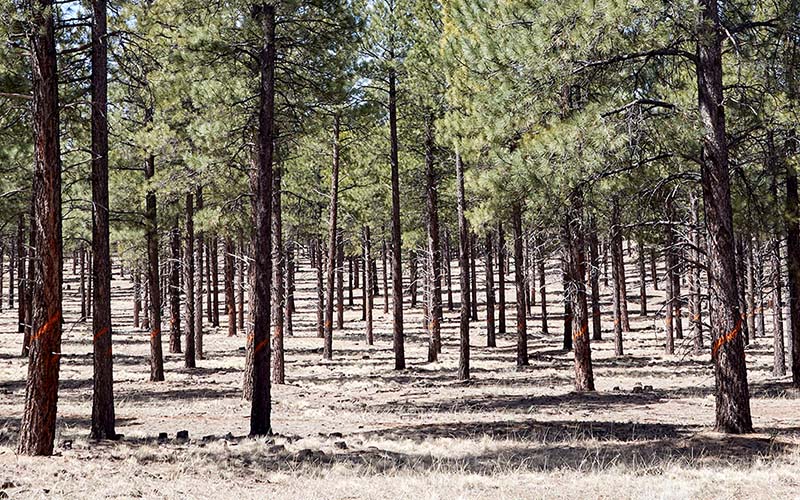 Stressed by drought and pests, trees are losing resilience to changing climate

Firefighters on the ground are often a mix of local, state, tribal and federal crews. An exact number of federal firefighters is hard to pin down, as they are divided between the U.S. Fish and Wildlife Service, the Forest Service, the National Park Service, the Bureau of Indian Affairs and Bureau of Land Management.

But all fire departments, local, state and federal, are struggling with “a serious recruitment problem,” said Bryan Jeffries, president of the Professional Fire Fighters of Arizona, who said recruitment is down dramatically in some areas.

“People … in today’s workplace can make a lot of money doing things that are far less strenuous than being firefighters,” Jeffries said.

That was echoed by Erwin, who said recruiting challenges can cause safety problems that threaten communities at risk of wildfire.

“Firefighters simply could not make ends meet on the hopelessly low salaries offered at federal agencies, so jobs were becoming very difficult to fill,” Erwin said.

Forest Service wildland firefighters who started their before May 21 should see a pay increase as early as the end of this month, said Forest Service spokesperson Wade Muehlhof in a statement. He said the service and the U.S. Department of Agriculture are also working on long-term reforms and permanent pay solutions “so firefighters continue to be recognized and supported for the dangerous and critical work they do protecting communities and resources.”

O’Halleran said last year’s $2-an-hour raise has already helped increase retention of firefighters and kept them working year-round. But he, like others, said more needs to be done because “firefighters, just like anybody else, they have to be paid a living wage and that wage has been below that.”

“I’ve watched our firefighters, time and time again, go into harm’s way at way too low of a salary in the first place in extraordinary conditions of risk,” O’Halleran said. “I’m extremely happy to see this change made.”