“These small upland springs are sentinels that more quickly describe changes (in the) wet or dry phases of climate,” says Abe Springer, a professor of ecohydrogeology at Northern Arizona University. (Photo by Troy Hill/Cronkite News) 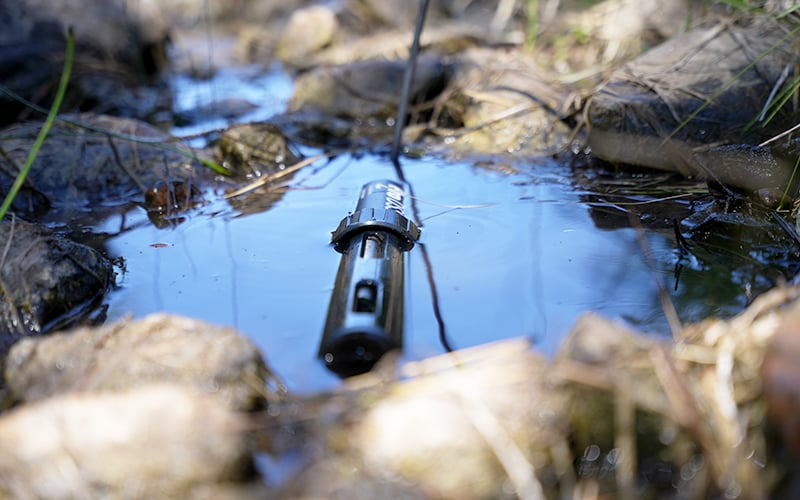 A YSI multiparameter water quality probe, which is used to measure temperature, pH levels and other properties, rests in Hoxworth Springs on June 15. (Photo by Troy Hill/Cronkite News) 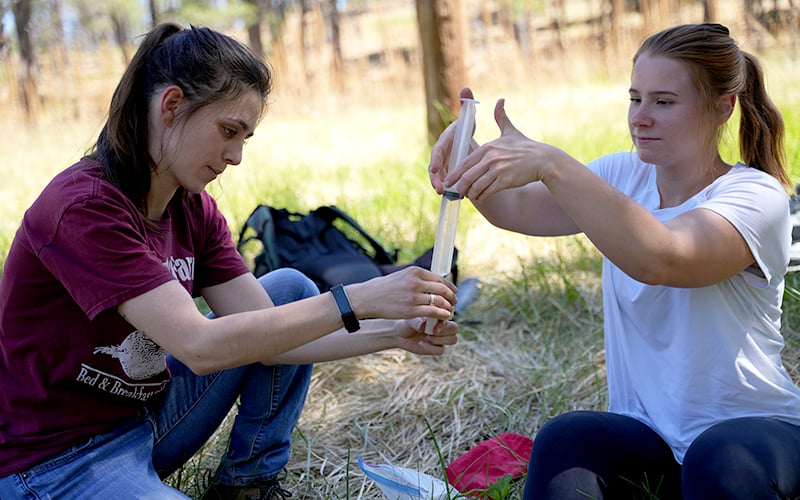 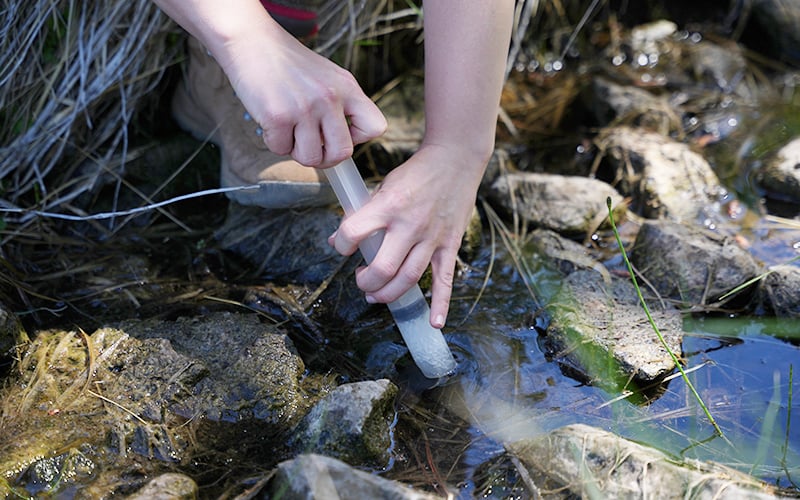 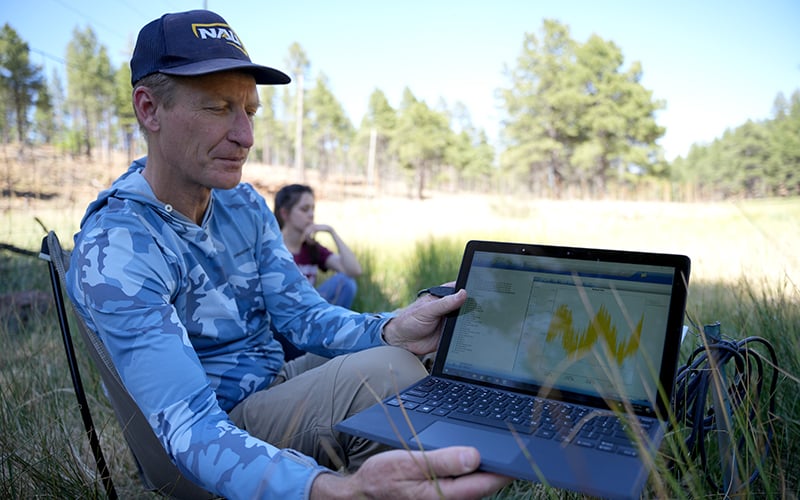 Abe Springer displays a laptop with recorded data from a pressure transducer in a stream fed by Hoxworth Springs, south of Flagstaff. (Photo by Troy Hill/Cronkite News) 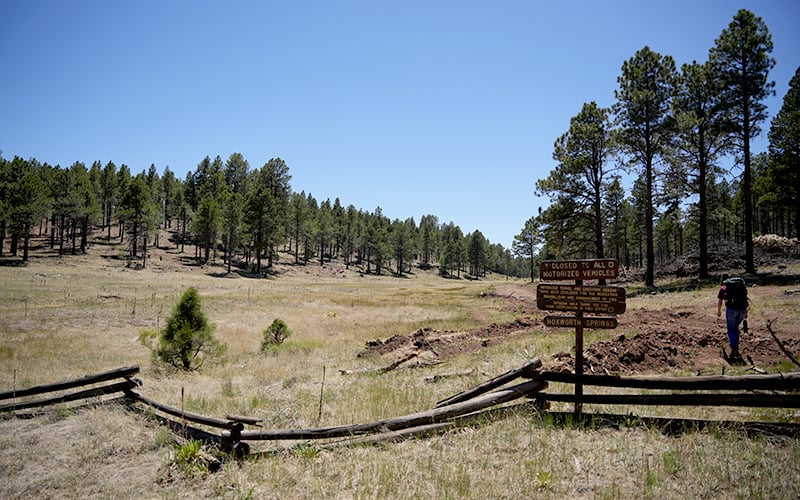 Hoxworth Springs, south of Flagstaff, is one of the many springs monitored by ecohydrogeologist Abe Springer and his team of Northern Arizona University graduate students, photographed on June 15, 2022. “Our research at Hoxworth and similar sites directly helps inform the long-term sustainability of Arizona’s aquifers to supply water,” Springer says. (Photo by Troy Hill/Cronkite News)

FLAGSTAFF – Springs are immensely important to Arizona’s ecosystems and its people, and springs can tell us a lot about both, according to Abe Springer, whose Northern Arizona University research team studies spring water and groundwater and their effects on the environment.

For the past 10 years, the professor of ecohydrogeology and a team of NAU researchers, including graduate students, have monitored and collected data from springs throughout the Coconino National Forest and the Grand Canyon National Park. The versatility of springs allows graduate students to study effects on Arizona’s ecosystems and economies while contributing to our understanding of climate change.

A spring is a point where water held underground in geologic layers, called aquifers, comes through the crust and onto the surface. All of Arizona’s perennial streams are fed by springs, Springer said, and they can tell us about the health of the state’s aquifers. 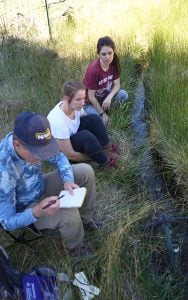 Abe Springer, Katelyn LaPine, center, and Sarah Zurkee rest next to a stream fed by Hoxworth Springs as they collect data from a pressure transducer, which is embedded in the stream and measures the height of the water in the channel. (Photo by Troy Hill/Cronkite News)

Springer said he studies Arizona springs because of how important they are to the environment and humans, and because they’re a barometer for climate change. And they’re easier to access than aquifers.

“The state of Arizona depends significantly on the supply of water that comes from aquifers and springs,” he said. “Our research at Hoxworth (Springs south of Flagstaff) and similar sites directly helps inform the long-term sustainability of Arizona’s aquifers to supply water.”

One of the team’s early findings is that springs are reacting to the dry phase the climate is in right now, and that smaller springs can show changes that are delayed at larger springs, such as the large springs that feed Oak Creek.

“These small upland springs are sentinels that more quickly describe changes (in the) wet or dry phases of climate,” Springer said.

He and his team have partnered with the U.S. Forest Service to provide assessments of the springs and data on their discharge, which the Forest Service uses to prioritize which springs need to be cared for, as well as handle water rights and other management issues.

Katelyn LaPine, a graduate student at NAU studying under Springer, is focusing on the nonmarket values of spring ecosystem services, or how humans perceive and value springs. She has found that many springs have been degraded by cattle overgrazing.

LaPine said the management scenarios they have been working on could be applicable to other semi-arid ecosystems across the country.