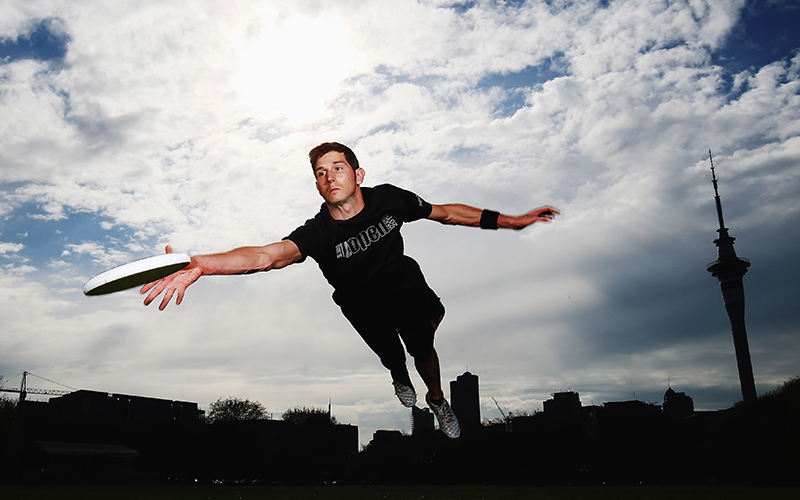 Ultimate Frisbee is growing in popularity and played worldwide, from New Zealand, where Zev Fishman plays competitively, to Tempe, where members of the Valley of the Sun Ultimate compete. (Photo by Hannah Peters/Getty Images)

Welcome to the world of ultimate Frisbee, which often is simply called “ultimate.”

The sport combines elements of football and soccer while participants fling a plastic disc up and down a narrow field, looking to find their opponents’ end zone. Ultimate’s easy-to-play nature – who needs referees? – draws the interest of many.

The Valley of the Sun Ultimate Organization has been around for almost 40 years creating playing opportunities for those interested in the niche sport.

“I’ve enjoyed it from the beginning,” organization president Tim Streit said. “I think it’s a fun sport. There’s a lot of great things about it from the different levels that you can play it at, to the different people who can participate in it, the low amount of equipment that you need to play it and the fact that it’s self-organized.”

Since its creation in 1968 by students at Columbia High School in Maplewood, New Jersey, the sport has taken off and now is played in more than 80 countries by an estimated 7 million people, according to the sport’s governing body, the World Flying Disc Federation.

Ultimate is recognized by the International Olympic Committee and has tried, so far unsuccessfully, to be part of the Games. It has a huge college participation rate, and the USA Ultimate U.S. Open is set to air on ESPN2 in August.

Ultimate, unlike most organized sports, does not rely on referees to make foul calls. Instead, the concept of “spirit of the game” allows players to police themselves and only call fouls when necessary.

“We don’t use referees at very many levels at all,” Streit said. “There are no referees at any level I play at, and that includes up to the national championship for the club team.” 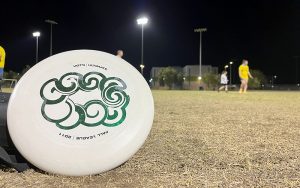 Valley of the Sun Ultimate just began its summer season, with players of all skill levels participating under the lights at the Benedict Sports Complex in Tempe. (Photo by Ricky Weipz/Cronkite News)

Of the two fields at Benedict reserved earlier this month for Valley of the Sun Ultimate, one was for the co-ed recreational league, which Streit was preparing to play in.

“There’s a wide variety of players playing out here tonight, from people who have never played in a league before to people who have played in national championships and even world championships,” Streit said. “It is designed to have roughly even teams so people like that should be on both sides facing off against each other. It’ll be pretty competitive in a good-natured way.”

On the adjacent field, the organization’s club team went through some drills during practice. Cynthia Thomas was standing on a dirt path between the two fields, throwing some lighthearted heckles at the teams with her adopted husky, Colton.

Thomas, a graduate of Arizona State and Chandler High School, currently plays professional ultimate for the Arizona Sidewinders. The Sidewinders, the first pro team in the state for ultimate, is made up of women and non-binary players. They recently finished in third place in the Western Ultimate League.

Professional ultimate “is a bit more intense and a bit more structured,” Thomas said. “The rules are a little bit different and it’s catered to be more of a spectator sport than recreational.”

She added that even though she was not playing that night, she just liked watching and embracing the people she has met over the years. Also, who does not love a little friendly trash talk?

“It’s definitely the people who play ultimate that make it a fun-loving but competitive group,” Thomas said. “I think it’s a great mix of the two. We have fun tournaments throughout the year where people will dress up in costumes and go out and play in our local leagues that are running pretty much all year.”

Among those tournaments is the pride and joy of Valley of the Sun Ultimate: the New Year Fest. The 38th annual event was held in January 2020, but it hasn’t been played since because of COVID-19.

Streit said people were reluctant to play in the tournament during the pandemic. Even though ultimate is considered a non-contact sport, plenty of close encounters occur with other players while playing defense.

His goal is to have the tournament return next January.

“Traditionally, we’ve drawn teams from Seattle, Philadelphia, Canada, all around the country and beyond,” Streit said. “I think that has gotten a little smaller in recent years just because of the nature of the sport and the way that the USA Ultimate Organization sets up their club season. The January ‘fun tournament’ is not exactly fitting in the calendar the way that it used to, but it’s still good for a lot of teams.” 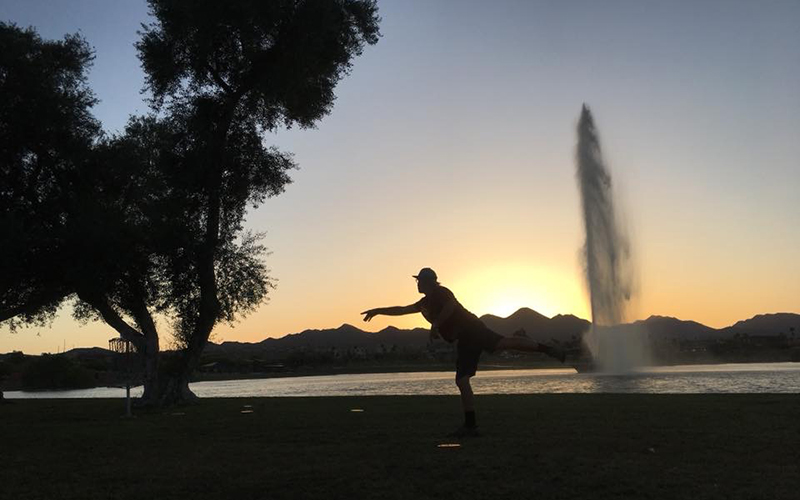 The club level of ultimate is more competitive than the seasonal leagues put on by Valley of the Sun Ultimate. Club teams can compete for championships on the national and international stage.

There is a range of competition levels, but the seasonal leagues offer opportunities for new players to learn the sport or just find a community. That was the case for Olivia Pascazi, who played ultimate in high school and recently moved to the Phoenix area from Pittsburgh.

“I wanted to join some type of ultimate league,” Pascazi said. “I just searched for Frisbee leagues in Tempe and VOTS came up, so I joined it and I’ve been here ever since.”

Pascazi’s first time playing with VOTS came this year, and she has caught on. She even helped her team, the Poached Eggs, score a few points. 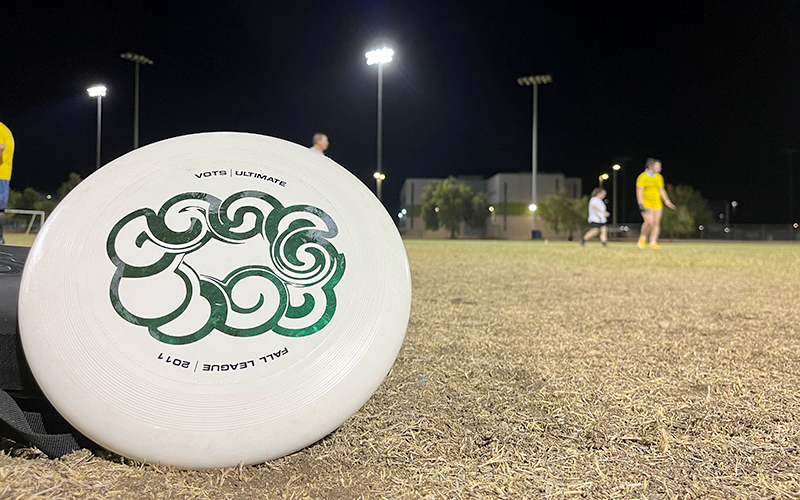 Valley of the Sun Ultimate just began its summer season, with players of all skill levels participating and playing under the lights at the Benedict Sports Complex in Tempe. (Photo by Ricky Weipz/Cronkite News)

“I think there’s a lot of camaraderie,” she said. “Especially in this league, everyone’s been super helpful. Even if you know they’re on another team, they’re really helpful to newer players. I feel like in other sports I played, it’s a little more cutthroat, which, you know, sometimes can be fun for those who want to be competitive. But for newer players, it’s really nice to have that camaraderie.”

Although the organization is bouncing back from the pandemic and leagues are up and running again, Streit notes there’s always room to grow the league and the sport in general.

“Our league will accept (players) 16 years old and up,” Streit said. “We have not traditionally had very much outreach to youth ultimate. There are places in the country that I know are better at that, but that’s something our organization has been lacking in. We hope to expand to that someday.”

The league will have a second summer league run from August through September. Then, the fall season will begin.