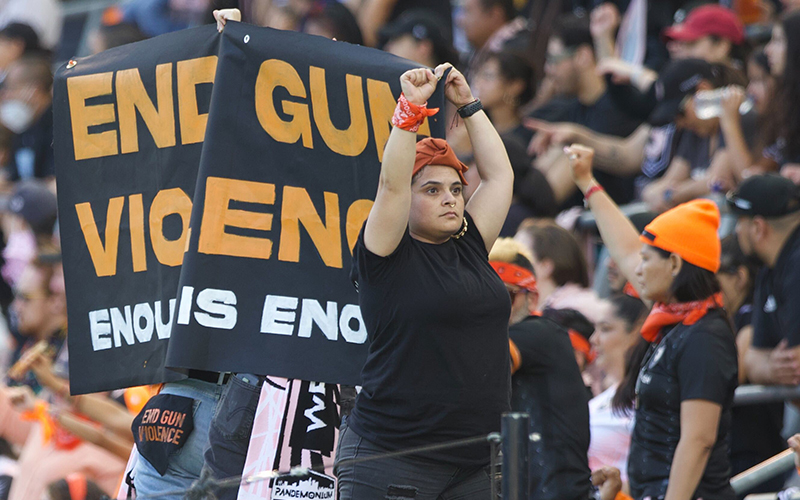 More than 18,000 fans showed up to the Banc of California Stadium on May 29 to stand in solidarity with Angel City and voice their concerns over gun violence in the United States. (Photo by Matthew Legere/Cronkite News) 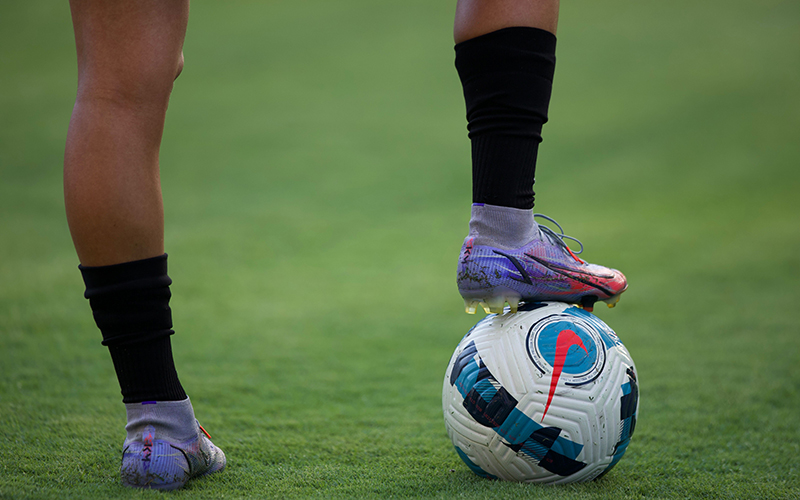 Angel City Football Club has received strong support in its inaugural season, and has the highest average attendance of any National Women’s Soccer League team. (Photo by Matthew Legere/Cronkite News) 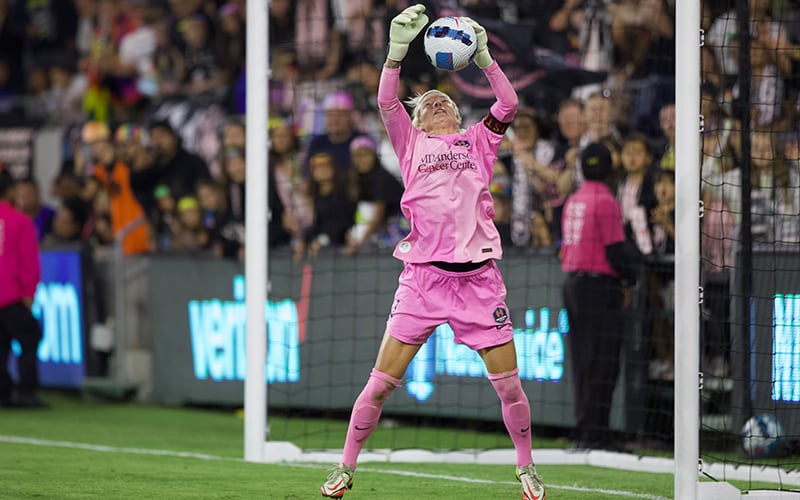 LOS ANGELES – Whether it’s taking a stand against gun violence or riding down Hollywood Boulevard for the return of the LA Pride Parade, the Angel City Football Club has taken the city by storm and immersed itself into the downtown community during its first few months of operation.

The National Women’s Soccer League in 2020 announced that an expansion franchise would be coming to Los Angeles for the 2022 season, ending a more than 10-year drought of women’s professional soccer in the area.

Angel City took the field April 29 for its first regular season match at Banc of California Stadium, playing in front of a sold-out crowd of 22,000.

The resurgence of women’s professional soccer in Los Angeles helped to set a NWSL opening day attendance record of 10,000 fans per game across the league. The previous high was 7,880 fans per game in 2016, according to Soccer America.

LA’s excitement does not stop there, however, as Angel City continues to draw an average home attendance of 19,000 per night, the highest among the league’s 12 teams.

“Attendance here has been world class,” Angel City defender Allyson Swaby said. “You’re not seeing those numbers for the game anywhere, so it’s really been exciting to have so many fans at our games here.”

Jane Campbell, goalkeeper for the Houston Dash and U.S. women’s national soccer team, understands the importance of expansion and what having a team in Los Angeles could potentially do for the rest of the league.

“Angel City has literally put NWSL on the map,” she said. “Just based on the stadium, the fans, their set-up – it grows the league – and as an expansion team coming in to have this, it’s quite incredible.”

Helping to make this possible is a star-studded, majority-female led ownership group that’s aiming to make meaningful impacts both on and off-the-field, as well as provide a platform for young girls in the community and beyond.

“Honestly, I think it’s just another step for little girls to see that they can achieve their dreams,” Angel City midfielder Lily Nabet said. “Especially in a place like L.A. where we’re trying to cultivate that community and vision for young athletes.”

Along with Angel City, the league also introduced the San Diego Wave for the 2022 season.

The league features 12 teams, as compared to the 28 teams at the highest level of men’s professional soccer in the U.S., Major League Soccer.

“We’re young,” Campbell said. “It’s hard to compare us to the MLS right now just because they’re so far ahead, but they’ve obviously put on a great product and they continue to grow because of it.”

With the league seeing immediate success from its two newest expansion teams, NWSL will continue to look at expansion in the future, with Atlanta and Salt Lake City cited as strong contenders in a long list of potential markets. 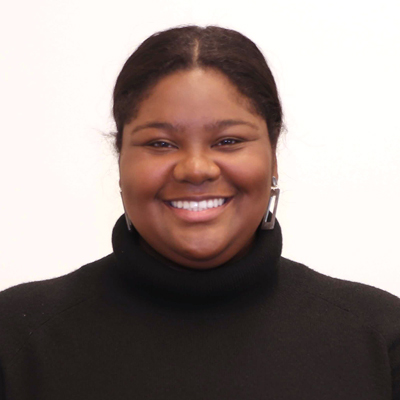 Vic Samuels expects to graduate in December 2022 with a master’s degree in sports journalism.