Arizona eryngo is a wetlands plant that is running ouf of wetlands in the state, which is threatening the plant’s esixtence and earned it and endangered species designation. (Photo by Erin Fernandez-Timbadia/U.S. Fish and Wildlife Service)

The action Thursday by the U.S. Fish and Wildlife Service follows years of efforts by conservation groups to save the eryngo, a cream-colored flowering wetland plant native to Arizona, New Mexico and Mexico.

But the plant only grows in cienegas, a type of wetland created by natural springs, and those are being depleted by overpumping of groundwater in the region, the service and environmental groups said.

“I’m so glad these big, beautiful plants and the rare cienega habitats where they live are getting these badly needed protections,” Robin Silver, a cofounder of the Center for Biological Diversity, said in a statement. “The eryngo gives us one more reason to save the San Pedro River.”

In addition to declaring the plant endangered, the government designated a total of 12.7 acres of critical habitat for it, at sites in Pima and Cochise counties. The endangered species designation takes effect July 11.

The Arizona eryngo is a member of the carrot family that can grow to 5 feet tall and live for up to 10 years. It reproduces through pollination and is frequented by a range of pollinators, including butterflies and hummingbirds.

It has historically been found at six sites – three in Arizona and one each in New Mexico and the Mexican states of Sonora and Chihuahua. It is currently only found at the two Mexican sites and at two locations in Arizona. 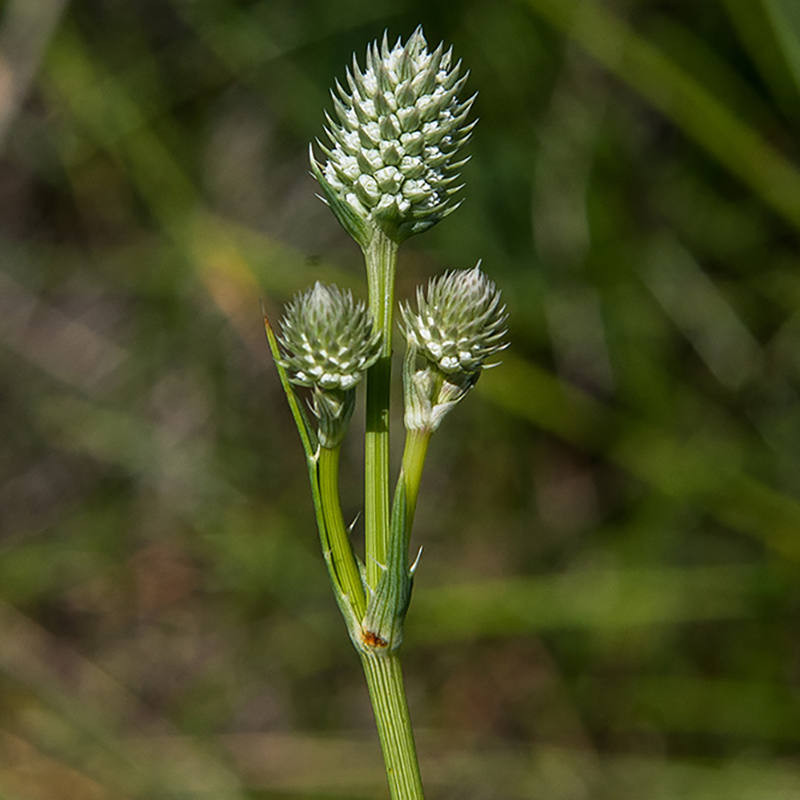 The endangered Arizona eryngo, which flourishes in cienegas, or wetlands, can grow to 5 feet tall and live up to 10 years. (Photo by Robin Silver/Center for Biological Diversity)

The eryngo relies on water from the springs that are fed by the deep aquifers in the San Pedro River Basin. But the Center for Biological Diversity said there is currently a groundwater overdraft of more than 5,000 acre-feet per year in the Fort Huachuca-Sierra Vista area, and studies predict the San Pedro Riparian National Conservation Area will disappear if current practices continue.

Advocates hope the endangered species designation for the eryngo will give added impetus to larger efforts to save the San Pedro.

“The San Pedro is one of the last undammed, free-flowing rivers in the desert southwest,” said Emily Thomas, president of the Maricopa Audubon Society. “That’s why it is … so imperative.”

Silver called the endangered species designation a “game changer … for San Pedro protection,” since it could lead to reductions in pumping in the basin.

“Protection of the plant offers protection against the lowering of the water tables from groundwater pumping,” Silver said.

The Center for Biological Diversity and the Maricopa Audubon Society first petitioned for endangered species status for the Arizona eryngo in April 2018. The groups, along with Earthjustice, sued the Trump administration in March 2020 after the service’s consideration of the petition stalled.

This week’s announcement did not include Agua Caliente, a one-time home to the Arizona eryngo, after on-going efforts to reintroduce the species there failed. The Fish and Wildlife Service said Thursday that it, the Bureau of Land Management, the Desert Botanical Gardens and Pima County “have begun conservation efforts to establish additional populations.”

Thomas is worried that with just two areas designated as critical habitat, the government is “not giving room for the species to recover.” But government officials said they are committed to continuing to work toward the plant’s preservation.

“The Service looks forward to continuing our work with conservation partners in Arizona to protect and recover this rare native plant,” Amy Lueders, the Fish and Wildlife Service regional director, said in a statement. “Partnerships will be central to addressing the threats to the Arizona eryngo and putting it on the path to recovery.”

In the meantime, Silver said, the center plans to continue fighting to protect the San Pedro River; it currently has three active lawsuits related to the river.