Arizona executed Frank Atwood on Wednesday, the second execution in less than a month for the state. But for family members of Vicki Lynne Hoskinson, the 8-year-old Atwood kidnapped and murdered, it was the end of a 37-year wait for justice. (Photo courtesy Arizona Department of Corrections, Rehabilitation and Reentry)

WASHINGTON – Convicted killer Frank Atwood was executed by lethal injection Wednesday morning, after the U.S. Supreme Court rejected a bid to stop his execution for the 1984 murder of an 8-year-old Tucson girl.

Atwood’s execution was scheduled for 10 a.m. and the Arizona Department of Corrections, Rehabilitation and Reentry said he was pronounced dead at 10:16 – about an hour after the Supreme Court denied his final three petitions without comment.

It was the second execution in less than a month by the state, which had gone eight years without putting an inmate to death. But for family members of the victim, Vicki Lynne Hoskinson, it was the end of a 37-year wait for justice.

“Today marks final justice for our daughter, Vicki Lynne. Our family has waited 37 years, 8 months and 22 days for this day to come,” said her mother, Debbie Carlson, in a news conference after the execution.

Arizona Attorney General Mark Brnovich said in a statement that the “family has had to endure decades of suffering” to get to this day.

But an attorney for Atwood, who long maintained his innocence, said the state executed him “despite lingering doubts about his guilt.”

“The case against Frank was purely circumstantial and significant evidence pointed to another suspect,” said Joe Perkovich, the attorney, in a statement Wednesday. “Frank’s execution does not resolve the many questions about what happened in this case.” 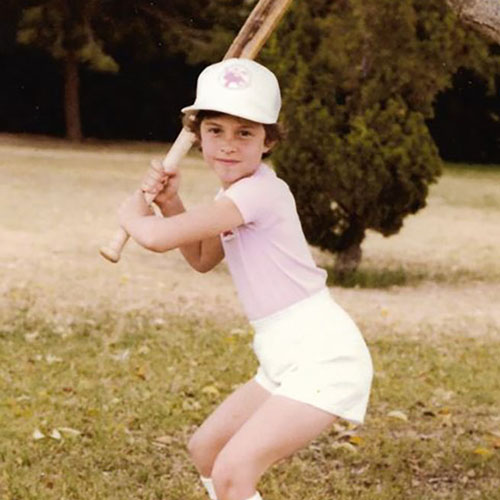 Vicki Lynne Hoskinson, just months before her murder at age 8 in Tucson. Her mother said softball was one of the things Vicki loved. (Photo courtesy Carlson family)

The possibility of another suspect was just one of the claims Atwood raised in a flurry of last-minute appeals, along with claims that the state’s two methods of execution would cause him extreme pain and were unconstitutionally cruel. All those claims were denied over the past week by successive state and federal courts.

The Arizona Board of Executive Clemency refused on May 24 to commute Atwood’s sentence, leaving his fate to the courts.

Atwood was convicted in 1987 for the kidnapping and murder of Vicki, who disappeared while riding her bike on Sept. 17, 1984. Her partial skeletal remains were not found until seven months later, when a hiker came across them in the desert.

But his attorneys argued that the FBI inspected Atwood’s car and found no physical evidence, including blood, hair or fingerprints, that tied him to the crimes committed against Vicki. No cause of death was ever determined, and Atwood’s attorneys said there were no eyewitnesses to the kidnapping but that witnesses came forward and pointed to another suspect.

In his latest state appeal, Atwood claimed the state withheld information during his trial that would have pointed to another suspect. But a Pima County Superior Court judge rejected that claim Monday, ruling that Atwood’s claim would not likely have swayed jurors, and that it should have been raised earlier.

That was affirmed late Tuesday by the Arizona Supreme Court. It said that “due process does not require this Court to allow Appellant to wait until days before his scheduled execution to raise a claim that has been known and fully investigated, at least since May 4, 2022.”

In federal court, Atwood claimed that his spinal disease, which forced him to be in a wheelchair most of the time, would cause him “extreme” pain if he was strapped to a gurney for the lethal injection. That would violate Eighth Amendment protections against cruel and unusual punishment, the attorneys said.

But a federal district judge disagreed, noting that state officials could make accommodations to ease Atwood’s pain in the death chamber. The 9th U.S. Circuit Court of Appeals upheld that ruling Tuesday, agreeing with the lower court that “the Eighth Amendment does not guarantee a prisoner a painless death.” 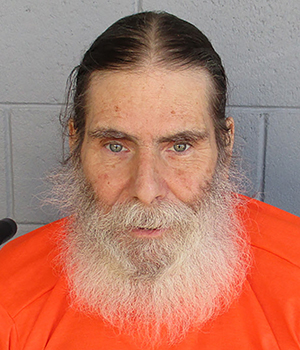 Frank Atwood was executed by lethal injection Wednesday. State officials said 22 of the 111 inmate on death row have exhausted their appeals. (Photo courtesy Arizona Department of Corrections, Rehabilitation and Reentry)

The federal courts also rejected Atwood’s arguments that the state’s use of hydrogen cyanide in the gas chamber is unconstitutional. He had demanded to be put to death using nitrogen gas – a demand denied by the state, which defaulted to lethal injection, and upheld by the courts. The U.S. Supreme Court declined Wednesday morning to hear his case.

The state had scheduled both Atwood and Clarence Dixon for execution last fall, but they were put on hold after defense attorneys said the pentobarbital to be used had expired. But the state was able to replace those drugs this year, and Dixon was put to death May 11.

That was the first execution in Arizona since 2014, when it took 15 injections of drugs over a two-hour period to execute Joseph Wood. News reports said prison officials took almost 25 minutes to find a vein on Dixon, who was pronounced dead 10 minutes later.

Perkovich said the execution team Wednesday had inserted an IV in Atwood’s left arm when they “lurched immediately to gratuitously cut into his groin to set an IV line” before Atwood told them to use right arm and hand, which the attorney said they did and began giving the lethal injection.

Witnesses said Atwood was “very calm, very relaxed” throughout the process, talking to those in the death chamber and accompanied by a priest – a first for the state.

At a news conference after the execution, Carlson recalled Vicki as a “vibrant little girl with an infectious laugh and a smile that would melt your heart,” a feisty girl and fierce competitor who loved softball, tacos and french fries.

In comments to the clemency board last month, Carlson said that while the execution would not bring closure, “it will end that black cloud that hangs over our heads” and will help the family move forward.