FLAGSTAFF – As the planet continues to warm and precipitation dwindles across the American Southwest, snow sports are becoming more difficult to pursue – for weekend warriors and competitive athletes alike.

A Canadian study released this past winter projects that the Winter Olympic Games will be affected greatly by 2080 if the current pace of greenhouse gas emissions continues. The future is a bit rosier if emissions are reduced over the next few decades, according to the study by the University of Waterloo in Ontario.

Of the 21 cities that have hosted Winter Olympic competition since 1924, the study found, only Sapporo, Japan, is likely to reliably offer conditions for fair and safe competition in 2080 if emissions continue on their current pace. A lowered emissions scenario would add seven other cities to the list, according to the study.

“It’s not to say that some of the other locations couldn’t have a good winter here and there,” said Natalie Knowles, who co-authored the study, “but just in planning for a Winter Olympics, where you’re planning eight to 10 years out, you need that reliability. You need to be pretty certain that you’ll be able to hold the Games ahead of time.”

If you watched the Winter Olympics in February, you probably noticed the mountains surrounding Beijing were brown, not white.

Northeast China had plenty of cold air during the Games, but the region’s lack of moisture under the Asian winter monsoon regime makes natural snowfall sparse there in winter. Less than 20% of the snow on the slopes was natural.

The lack of snow is a growing concern. The Games in Pyeongchang, South Korea, in 2018 and Sochi, Russia, in 2014 also relied on more than 80% artificial snow.

Sochi and Vancouver, British Columbia, during the 2010 Olympics, also struggled to have enough snow because of high temperatures. Helicopters and fleets of trucks brought snow to Vancouver’s mountain venues. In Sochi, stark photos of slopes covered with tarps to protect the snow from melting were common to see before competition began.

But researchers say there’s still hope for future Winter Games in an era of climate change – if action is taken to reduce human-caused greenhouse gases. Knowles points to the study’s different outcomes between a low emissions future and a high emissions future. 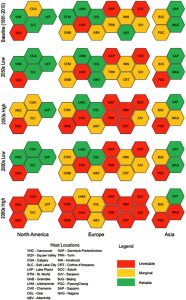 Under a high, or current, emissions scenario, only one past Winter Olympic host city could reliably offer safe and fair competition conditions by 2080. The number of cities in the green rises to eight under a low emissions scenario. (Graphic courtesy of University of Waterloo)

“A low emissions future was across the board – everywhere had better conditions. The reliability was just way higher,” she said.

The researchers used target goals established in the 2016 Paris agreement on climate change as their model for emission scenarios. The agreement, signed by nearly 200 countries, aims to greatly reduce global greenhouse gas emissions to limit the global temperature increase in this century to 3.6 degrees Fahrenheit.

Under the low emissions scenario, the Waterloo study found, the number of “reliable” host cities increases from one to eight, including Salt Lake City, Lake Placid, N.Y., and Vancouver.

Knowles and her co-authors interviewed more than 300 winter sport athletes and coaches to build guidelines for what constitutes fair and safe conditions. Although most recreational skiers and snowboarders dream of powder, competitors at the highest levels often do best in icy conditions.

“If it’s an icy, consistent, solid surface, that track is going to be the exact same whether you’re running first or you’re running 80th,” Knowles said. “But if you’ve got powder … and you’re cutting into the surface … the course just basically changes throughout, so it can create these unfair conditions as well as it can be unsafe.”

Wet snow, rain and relatively high temperatures make for some of the most unsafe and unfair competition conditions. Sochi, Palisades Tahoe in California, Chamonix in France and Garmisch-Partenkirchen in Germany are most vulnerable to these unfavorable conditions, the study said.

Knowles acknowledges the challenges as global temperatures rise, but she believes it’s in the spirit of the Olympics to meet the emission goals in the Paris climate agreement.

“I think there’s a lot of hope, but also (it) still requires a lot of pressure from people to push our governments to meet them,” Knowles said. “And I think that’s kind of where the Olympics is a really good case study on it. It’s this thing that brings the world together.” 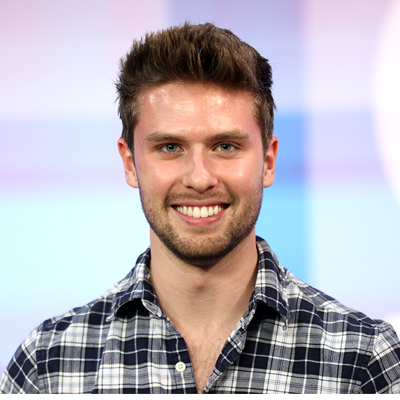 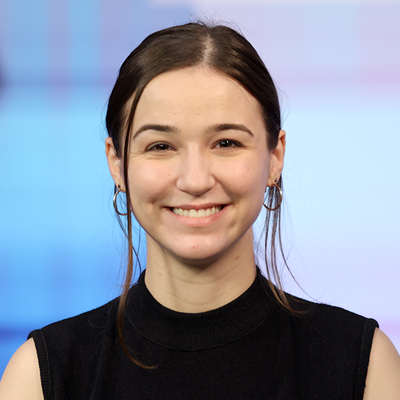