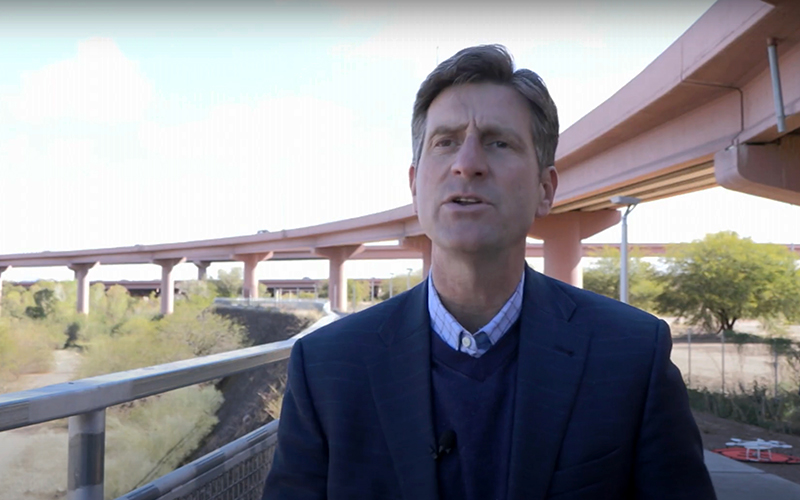 U.S. Rep. Greg Stanton, D-Phoenix, photographed near Loop 202 and the Salt River in Tempe, talks with reporters about a bill he has sponsored to fund the use of drones to inspect infrastructure. (Photo by Faith Abercrombie/Cronkite News)

TEMPE – Bipartisan legislation sponsored by Rep. Greg Stanton would bring more money to Arizona to use drones to inspect roads, bridges and other infrastructure.

House Resolution 5315, known as the Drone Infrastructure Inspection Grant Act, would dispense about $200 million in federal funding – half for state, local and tribal governments to purchase drones and the other half to train pilots to fly them.

“We want to make it easier to use drone technology so that we can improve safety,” Stanton, Democrat from Phoenix, said at a news event in February beneath a Loop 202 interchange in Tempe.

According to the American Society of Civil Engineers’ Report Card for Arizona Infrastructure, out of 8,320 bridges across the state, 137 (1.6%) were classified as poor in 2019, with 1,789 identified by the Arizona Department of Transportation as requiring repairs. 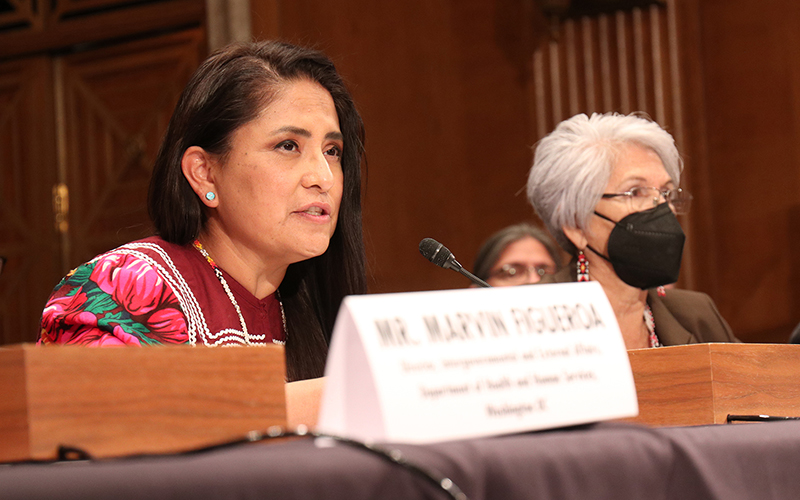 Arizona’s roads fared even worse in the report, with 43% of all major roads designated as being in poor or mediocre condition in 2018. The engineers society noted that Arizonans are largely dependent on private vehicles to get to work, with 89.2% carpooling or driving alone each day.

Drones, or unmanned aerial vehicles (UAVs), can be a much more efficient tool to inspect critical infrastructure, such as the highways and bridges Arizonans drive on every day.

According to the American Association of State Highway and Transportation Officials, drones can save 74% of the cost and 88% of the time required for a manual inspection.

Stanton said he wants inspections “done through the use of drones without any of that potential danger to that employee.” Currently inspectors have to use bucket trucks parked on the side of busy highways to inspect bridges and road services.

Stanton was joined by the Arizona Department of Transportation in March to discuss how drone technology is already in use in the state.

ADOT has used drones since 2018 to examine hard-to-reach areas, such as canyons and bodies of water.

“We have to traverse canyons, big, big waterways, where we’re unable to cross a feature, so we’ll utilize those drones to help supplement the inspection,” said David Benton, assistant state bridge engineer with ADOT, which bought eight drones in 2018 through a grant from the Federal Highway Administration. 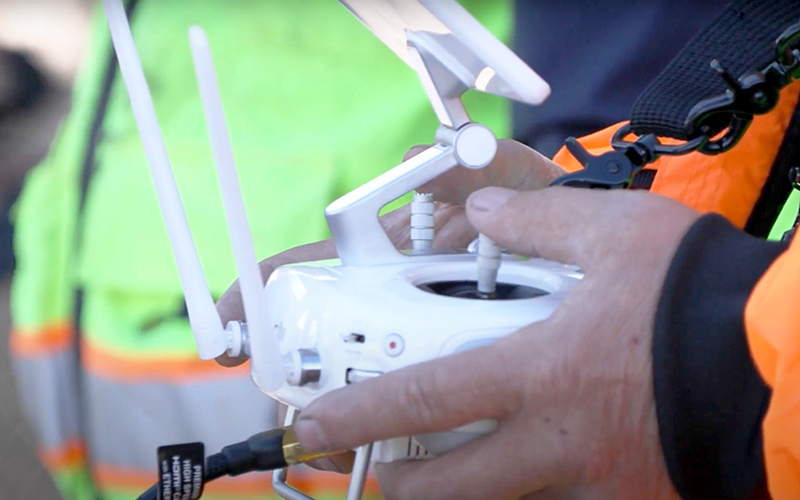 An Arizona Department of Transportation worker demonstrates the use of a drone to inspect infrastructure in Tempe. In 2018, ADOT used a federal grant to purchase eight drones for road and freeway inspections in the state. (Photo by Faith Abercrombie/Cronkite News)

But trained pilots are needed to fly the drones.

“We have three certified pilots,” Benton said. “One is a bridge inspector, one is our drone type of manager, and the other is from our geotechnical side of the bridge group.”

ADOT is responsible for inspecting roads and freeways across Arizona.

Benton said the drones are used to supplement the work of manual inspectors.

“It does save time,” he said, “especially for some very long bridges that are very cumbersome to travel” and remote canyons.

“We can do inspections more efficiently, less expensively and safer by using drone technology,” he said.

Stanton’s Drone Infrastructure Inspection Grant Act has been co-sponsored by Rep. Garret Graves, R-La., who serves with Stanton on the House Committee on Transportation and Infrastructure, and 10 other representatives.

“An important bill like this has a much better chance of getting through, not just the House, but the Senate by operating in that bipartisan way,” he said.

The bill, which was introduced in September, has been referred to the House Transportation and Infrastructure’s subcommittee on aviation.

“One of the great things about serving on the transportation committee, we all have an interest in improving America’s infrastructure,” Stanton said. 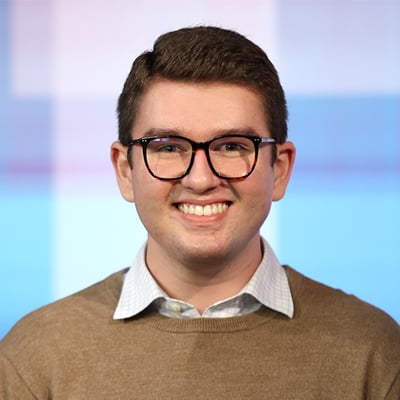 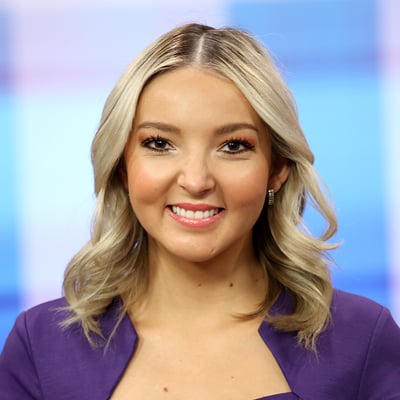