KINGMAN – One of the last preserved stretches of Historic Route 66 winds through the heart of this former railroad town. Founded in the 1880s, Kingman sits in northwest Arizona a few miles from the Colorado River.

In 2022, tourism is the draw, but what has sustained the 33,000 people of Kingman, and the estimated 35,000 people in surrounding communities, is the water beneath it.

“Our water source is groundwater,” City Manager Ron Foggin said. “It drives this community; we thrive because of it. And we have to be wise with the use of it.”

“We also have a pretty large capital project that will inject well water back or put water back into the aquifer; over a million gallons a day,” Foggin said.

The problem is, the water they put back could be pumped out by someone else, and the city wouldn’t know who took it or how much was taken.

But for much of rural Arizona’s groundwater, management isn’t happening. Despite its proximity to the Colorado, this portion of Mohave County receives no water from the river and is completely reliant on the Hualapai Valley Basin for water.

That wasn’t really a concern until 2012, when things changed suddenly.

County Supervisor Travis Lingenfelter said farming operations from as close as California and as far as Saudi Arabia moved into Mohave County – just popping up out of nowhere.
He showed ABC15 around areas north of Kingman where a large pistachio grove was planted in the desert less than two years ago.

“All these trees are now, you know, drawing upon our finite groundwater supply,” he said. “And they will be for years. This farm didn’t have to go through any sort of planning and zoning process.”

Arizona has no regulation of its groundwater for agriculture in rural areas, which covers about 80% of the state. Pumping in designated zones around Prescott, Phoenix and Tucson, as well as Pinal and Santa Cruz counties, are governed by the Groundwater Management Act, enacted 42 years ago.

“You can come in and you can drill as many wells as you want. Pump as much as you want. Not have to tell anybody,” Lingenfelter said. 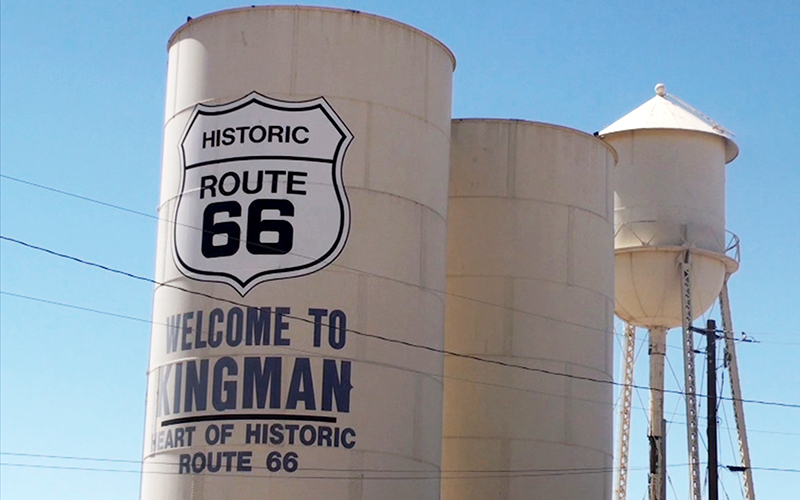 Arizona doesn’t regulate groundwater use in rural areas, which covers 80% of the state, and it’s affecting Kingman and other communities reliant on groundwater. (File photo by Alyson Zepeda/Cronkite News)

And the word is out.

Lingenfelter points to state well data that shows a significant increase in large capacity or nonexempt wells, which is defined as having the capacity to pump more than 35 gallons per minute.

A 2013 county analysis identified 97 wells tapping the Hualapai Valley Basin. By May 2021, an additional 85 had been drilled.

There’s no way to know how much water is actually being used because large agricultural wells are not metered, but educated estimates from Mohave County put usage at 34,734 acre-feet in 2021. And that’s with only 10% of the available land under cultivation.

For perspective, Kingman averages 8,000 acre-feet per year for its 33,000 residents.

Efforts to monitor how much is actually being pumped by large corporate farms are going nowhere.

“We have not been able to get a hearing at the Legislature for the last several years. Not even a debate, no discussion, nothing,” Lingenfelter said.

However, it’s not for lack of trying.

Over the years, Arizona Democrats and Republicans have introduced bills to address the issue. Some, repeatedly.

For four years in a row, Rep. Regina Cobb, R-Kingman, said she has dropped a bill that would allow county supervisors to implement rural management areas for groundwater basins that are at risk. She said a committee of Mohave County residents, farmers and officials would design a plan to recharge the Hualapai Valley aquifer to bring it back to sustainable levels.

“It might be making some injection wells in the area. Conservation and recharging should be all part of that,” she said. “It could be less development in that area, whatever that is for that aquifer. That’s the basin at risk. They can decide that. Then they have to send it back to the state.”

Cobb said a study committee of farmers, ranchers, conservationists, and officials came up with the recommendations to include in House Bill 2662 this session. But it still didn’t receive a hearing.

In fact, none of Cobb’s bills has received a hearing in the House Natural Resources, Energy and Water Committee.

ABC15 reached out to committee chair Gail Griffin – a Republican whose district covers parts of Cochise, Graham, Greenlee and Pima counties – to find out why. She did not respond to our questions.

But we did hear from the Arizona Farm Bureau, which opposes HB 2662. Spokesperson Chelsea McGuire sent ABC15 a statement saying, in part: “Attempts to regulate groundwater must represent an appropriate balance between the unique needs of local communities, including all agricultural users in those communities, and oversight by capable government entities. The concepts proposed in this legislation do not strike that balance.”

Mohave County officials also have twice petitioned the Arizona Department of Resources to declare an Irrigation Non-Expansion Area (INA), which would prevent additional large wells from being drilled. Both petitions were denied.

“The INA is very restrictive,” Cobb said. “And it only allows you to look at the moment in time. It doesn’t allow you to go perspective.”

In short, because useful water remains in the basin, the state can’t stop new wells from going in.

Now residents of Mohave County are pinning their hopes on Gov. Doug Ducey to include rural groundwater management in his plan to create a state water authority this year.
“Doing nothing is not an option,” Cobb said. “We need to do something, and I think now’s the time. It was time probably 10 years ago.”

But nothing has happened, and Lingenfelter is afraid history will repeat.

This story was first published by ABC15, a member of LMA’s Covering Climate Collaborative, a partnership focused on covering the impacts of climate change at the local level.