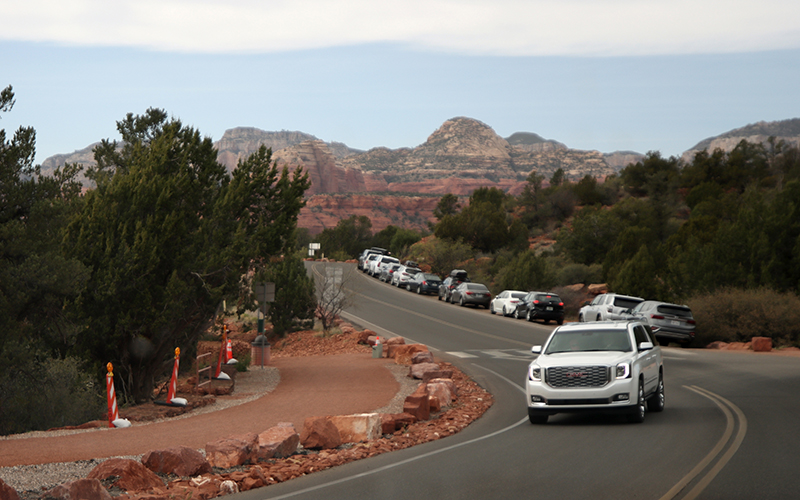 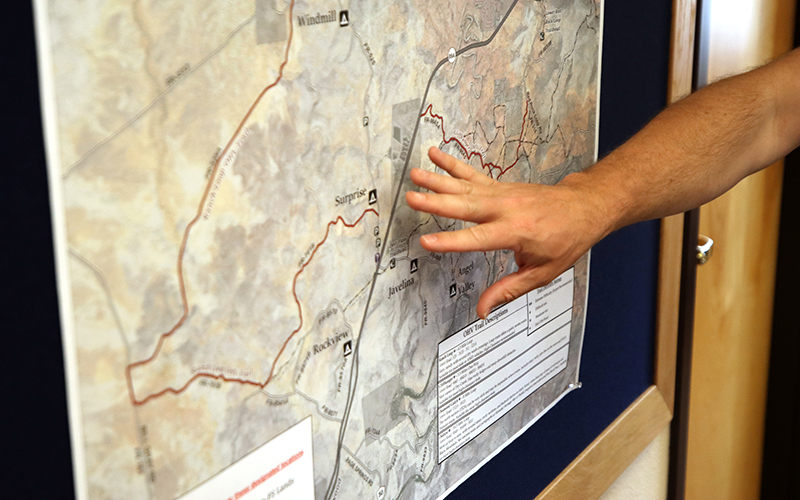 A map in the Red Rock Visitor Center and Ranger Station shows many of the trails around Sedona on April 18, 2022. (Photo by Troy Hill/Cronkite News) 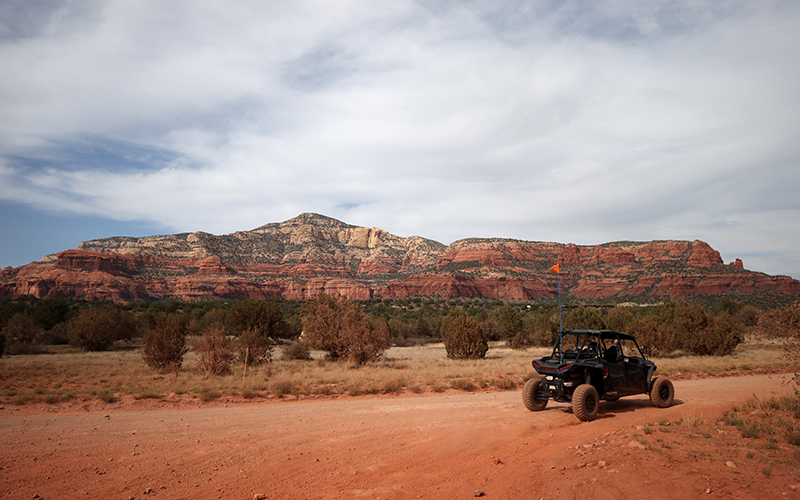 An off-highway vehicle rolls out on a dirt road near Sedona on April 18, 2022. Thousands of people travel to red rock country for hiking or off-roading. (Photo by Troy Hill/Cronkite News) 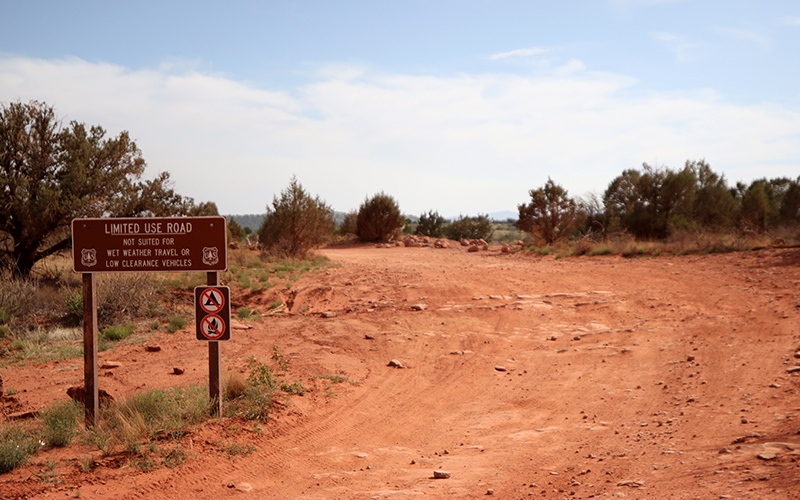 Off-roaders and other users have damaged and widened Forest Service roads near Sedona. Photo taken April 18, 2022. Thousands of people travel to the area for hiking or off-roading. (Photo by Troy Hill/Cronkite News)

SEDONA – Tourists looking for socially distanced outdoor activities flocked to Sedona during the pandemic, adding to traffic congestion, noise and air pollution in red rock country. In response, the city has expedited plans to sustainably move people from one Instagramable moment to the next.

In 2020, 3.4 million people visited Sedona, and visitors generated $27 million in tax revenue for fiscal year 2021, according to the Sedona Chamber of Commerce & Tourism Bureau. But Sedona’s popularity has strained city services, frustrated residents and visitors alike, and damaged the land that draws people here in the first place.

On March 29, the city launched the Sedona Shuttle – a sorely needed option to get hikers to popular trailheads where parking is limited.

“The Sedona Shuttle’s trailhead routes are just the beginning of a plan to provide an array of transit services that will improve mobility for residents and visitors, reduce traffic and parking congestion and help meet the city’s sustainability goals,” Mayor Sandy Moriarty said at the ribbon cutting.

The program, city manager Karen Osburn told Cronkite News, has exceeded expectations. According to city data, the trailhead shuttles logged more than 42,000 riders in the first 22 days of operation. And it’s much easier and satisfying than trying to fight the crowds and find parking, she said. 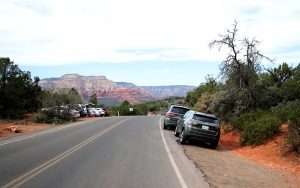 “Don’t even try to take your vehicle to some of these areas that are so congested that you’re going to have to park far away from where your destination is,” Osburn said, noting that at several trailhead locations parking isn’t available.
She said Sedona “had not been able to get to a point of advancing transit until the impetus of all the visitation we’ve been seeing in the past few years.”

The task “was important enough that we needed to really be aggressive,” she said, adding that over the past few school spring breaks, the city was “overwrought with visitors far more than our capacity or infrastructure could support.”

The city also works with the U.S. Forest Service and the Sedona Chamber of Commerce & Tourism Bureau to move tourists more sustainably and efficiently.

Amy Tinderholt, a Forest Service ranger, said transportation is a big piece of the puzzle when it comes to managing crowds.

“There are a lot of different ways when you think about people visiting public lands and what it takes to manage it,” she said. “Sometimes it’s the size of the parking lot, but sometimes it’s how you deliver people to those areas.”

Tinderholt said the pandemic showed people how much public land and outdoor recreation in Arizona is accessible without having to travel too far from home. But many newcomers don’t know how to recreate responsibly, she said, which creates a bigger impact on the land.

“We’re very lucky that more and more people want to be outdoors and want to experience their public lands,” she said. “But what we see are our environmental impacts, there’s things like widening roads, widening trails, the dust and the impacts to our range that we see and then we also see social impacts, noise, concentrated use, especially in areas where we have nearby residential areas – it really becomes a tough conflict.”

Off-road recreation also rose during the pandemic, bringing with it increased dust from long-term drought and the widening of trails through heavy usage.

Matt Caldwell is the executive director of the national nonprofit Tread Lightly!, an organization that works with the Forest Service to “balance the needs of the people who enjoy outdoor recreation with (the) need to maintain healthy ecosystems and thriving populations of fish and wildlife,” according to its website.

Tread Lightly! is working with other organizations to make off-highway vehicle and all-terrain vehicle recreation less harmful to the land through education and activism. It recently closed access to a damaged area where off-road drivers would do tight circles in the dirt. 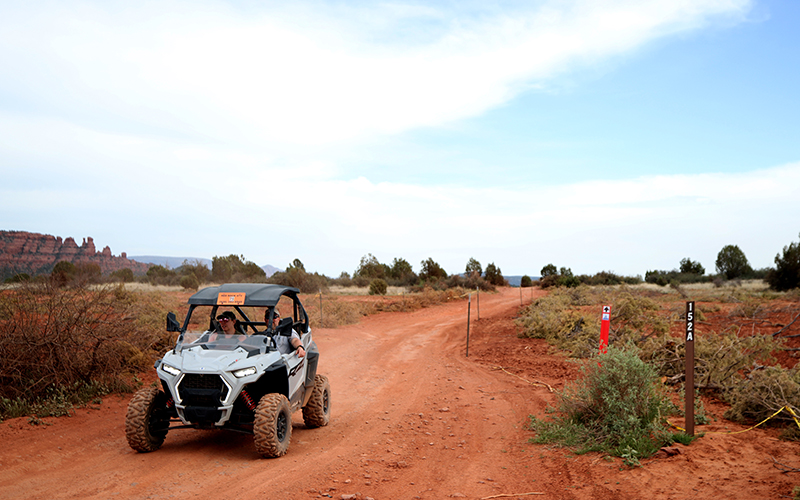 “It’s really about education,” Caldwell said. “We have a lot of new users that have no background, no history, no experience in how to travel off-road and in a motorized vehicle responsibly … and we need to get people to understand that it’s not responsible for (the vehicle) to go almost anywhere.”

Because many trailheads are only accessible through residential neighborhoods, he said, new off-roaders need to learn how to be responsible to others.

Through the right language, signage and education, Caldwell said, everyone can enjoy Sedona’s trails without further damaging the land. 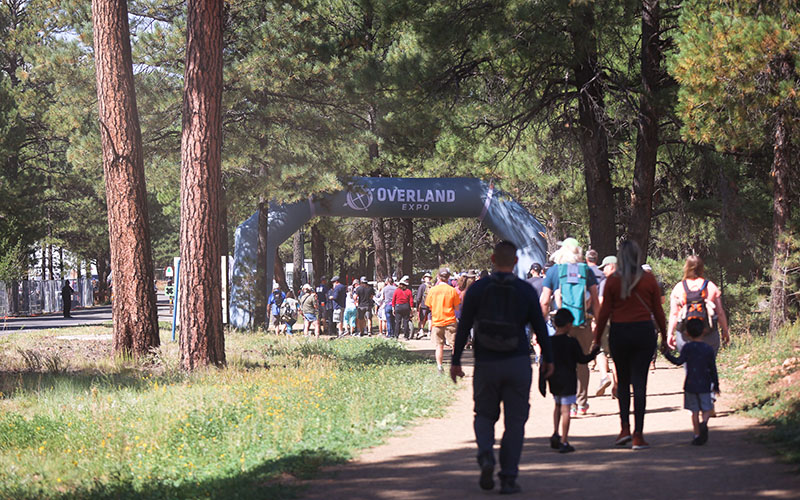 “Public land is a really great outlet and place to recreate because of what we’ve experienced in the world the last two years,” he said. “Do your homework, know what your equipment is capable of … and then go have your fun.”

What’s next for Sedona tourism?

Tinderholt said the goal is to have the Sedona Shuttle run seven days a week and become the only way to access trailheads within city limits. Efforts to curb parking along roads include placing rocks or erecting fences to prevent cars from leaving the pavement.

“If we can start to get to a place where we’re closing off roadside parking and folks have a different way to get to those trailheads, that’s going to be a win in the future,” she said. “It’s really important to the Forest Service that whatever (transportation alternative) we provide is as equitable as we can make it so that anyone can have a chance of parking in these areas and getting transit.”

Osburn said Sedona is designing a transit hub for the Sedona Shuttle, where tourists can switch shuttles without having to drive to another stop. She also said the city is working on other improvements that will help the shuttles get through congested traffic areas more quickly.

“The contemplation of a transit system in Sedona has been talked about for a very long time, but it is a massive undertaking to create a transit system from scratch,” Osburn said. “The shuttle has been really well-received, and we just hope to build on its success.”