WASHINGTON – Surprise resident Ray Perez said sharing his story of recovery from drug problems and homelessness with other veterans and ex-inmates is “a huge component to the work that I do.”

But when the White House asked him to share his story this week as part of a roundtable discussion on second chances for former prisoners he was at a loss for words. Briefly.

“I didn’t think it was real,” Perez said of the invitation. “You know, it’s something for somebody like myself, that’s been down some very dark roads and all the struggles that I’ve been through, through my entire life with addiction and homelessness and incarceration, to be asked to share my life story.”

But that’s what he did. Perez, a founder of Operation Restoring Veteran Hope, joined five others who told their reentry stories to White House officials Tuesday as the Biden administration unveiled a number of job-training, housing, education and health care initiatives aimed at helping former inmates reenter society.

The roundtable was held as part of Second Chance Month, which highlights efforts to help former inmates reintegrate with society. It came as President Joe Biden exercised his clemency powers for the first time of his presidency, issuing three pardons and commuting the sentences of 75 nonviolent drug offenders.

“Supporting successful reentry is something that people on both sides of the aisle have long recognized reduces recidivism, enhances public safety and offers our fellow Americans an opportunity to make meaningful contributions to their families, their communities, our economy and our nation as a whole,” said Susan Rice, the White House domestic policy adviser. 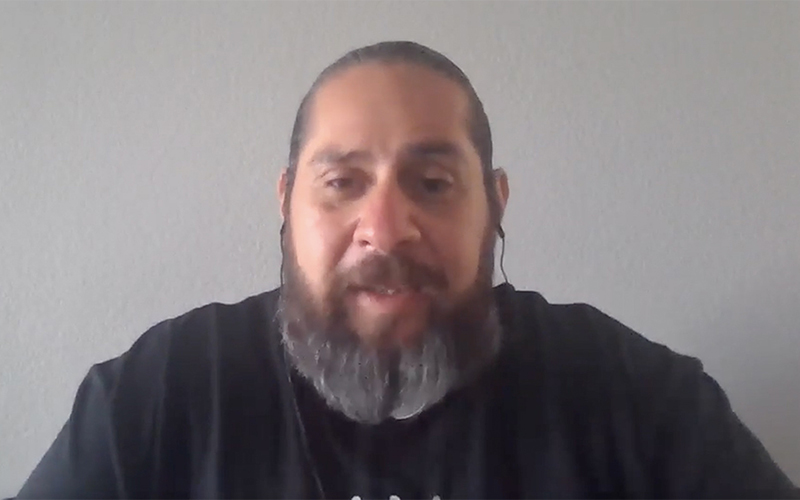 Ray Perez often shares his story of recovery and reentry with other vets and former inmates, but he was able to share it this week in a White House forum on second chance initiatives for ex-prisoners. (Photo courtesy Ray Perez)

Most of the programs outlined by the White House were focused on employment: job training, access to small business funding, expanded federal employment opportunities and working with private industries to increase hiring of ex-inmates. But there was also funding for education, health care and housing, and a call for greater coordination between Social Security, the Bureau of Prisons and the Department of Veterans Affairs to speed delivery of benefits to formerly incarcerated vets.

Rice, speaking during the virtual roundtable, said the White House initiatives will help incarcerated people reenter society by helping them land a job and find better living. Cedric Richmond, a senior adviser to the president and the director of the White House Office of Public Engagement, said smoothing a path to reentry is the “smart thing to do” and “makes our community safer.”

“A good job helps someone who was incarcerated take care of themselves and their families, reduces the risk of homelessness, and offers a sense of dignity and purpose in the agency,” Richmond said.

Rice said the speakers on Tuesday’s roundtable had stories that “embody what a second chance can look like, and why our criminal justice system must provide meaningful pathways for rehabilitation and reentry.” Many said they were honored to speak at the event, including Perez.

During the roundtable, he said that after getting out of the military he struggled with the readjustment, which led him to “self-medicate as a way to numb the pain of reality and to cope with life.” That led to homelessness and, eventually, prison.

“Ultimately, being incarcerated was better than being on the streets,” Perez said.

It was in prison that Perez learned about VA programs that help veterans like him. 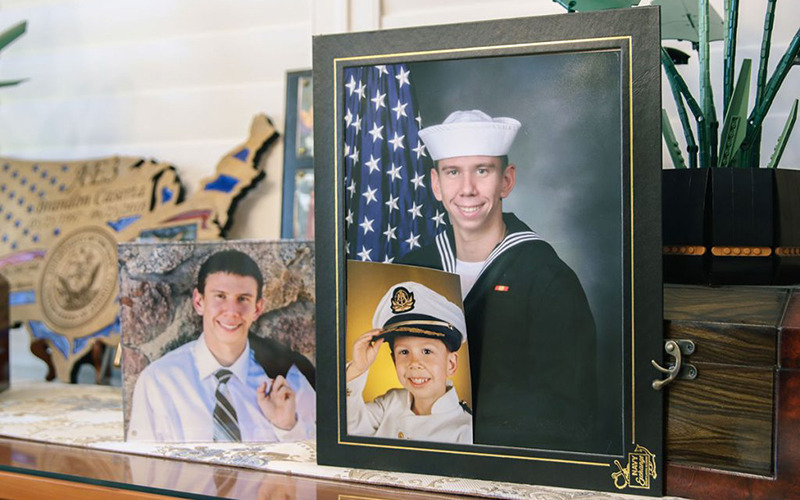 In honor of their son, parents champion law to reduce military suicide

“I was introduced to the compensated work therapy program at the Phoenix VA, where it was designed for veterans like myself to help us get back into the workforce,” he said.

He became a peer support specialist with that program, and was the first to do outreach by going into prisons and jails around Arizona to share his experiences.

“I have the felony convictions. I also have different diagnosis, PTSD, anxiety,” Perez said. “However, today I choose not to let any of those labels identify who I am as an individual.”

Today, in addition to working with the VA, Perez helps run Operation Restoring Veteran Hope, the nonprofit he started about five years ago to help veterans by providing “recreational therapy leisure activities.” Those include healing retreats, kayaking, off-roading, horseback riding or simply sharing life experiences in an effort to “inspire them to make positive life changes.”

Perez realizes that Second Chance Month will not solve all the problems veterans face, but he said it is good to recognize the issue.

“I didn’t get it right the first time. You know, I’ve had many failed attempts at recovery,” he said. “I believe in second, third, fourth, fifth chances.”