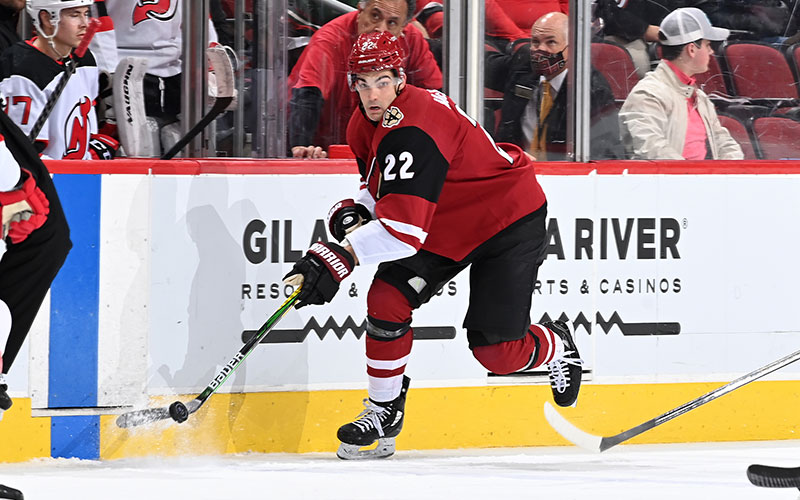 When Jack McBain came on the ice for the Arizona Coyotes Wednesday, he was one of 10 players who competed in their first game in a Coyotes sweater this season, which is the most since the organization relocated from Winnipeg in 1996. (Photo by Norm Hall/NHLI via Getty Images)

It confirmed the organization has embraced the philosophy of a complete rebuild and is taking the necessary steps to give prospects a taste of what the future will feel like.

The Coyotes set a single-season franchise record for players making their NHL debut during Wednesday night’s home game. In the 2021-22 NHL season, nine skaters and one goaltender have played their very first game in a Coyotes sweater, which is the most for a season since the organization relocated from Winnipeg in 1996.

The Coyotes (22-48-5) sit in dead last in the NHL’s league standings, and with just seven games remaining, are closing in on clinching the best odds to land the No. 1 overall pick in the 2022 NHL Entry Draft Lottery. Doing so would most certainly add even more young talent to a roster that is in the midst of a considerable rebuild.

“That’s our bank,” general manager Bill Armstrong said. “The Coyotes have not had a lot of leverage over the last few years, and that is our leverage. We have draft picks, and we’ve worked hard to get them. We’re going to have a chance to move the franchise forward with probably the biggest drafts in franchise history. We’re looking forward to draft day. It’s exciting for the franchise.”

Arizona holds three first-round and four second-round selections, the most of any NHL team for the first two rounds for 2022. Next year, the team moves from Gila River Arena in Glendale to Tempe to share a brand new, 5,000-seat arena with Arizona State University for at least three seasons as they and the City of Tempe work towards building a new complex.

And they’ll have quality young talent. The 10 players who made their debuts this season represent six different countries and joined the big-league club after playing at various levels of competition, including collegiate, Canadian juniors and other professional leagues overseas.

The two most recent debuts came from NCAA standout forwards Jack McBain (Boston College) and Nathan Smith (Minnesota State University, Mankato), who both debuted against New Jersey. Both were acquired in trades around the NHL trade deadline.

Though it’s tough to jump straight into the top hockey league in the world on short notice, McBain and Smith said that playing their first game in the bigs will be a moment they’ll never forget.

“It felt pretty good. It was my first NHL game, so I was a bit nervous going into it, but once I got out there for warmups and got my first couple of shifts under my belt, it started to feel a little bit better,” Smith said. 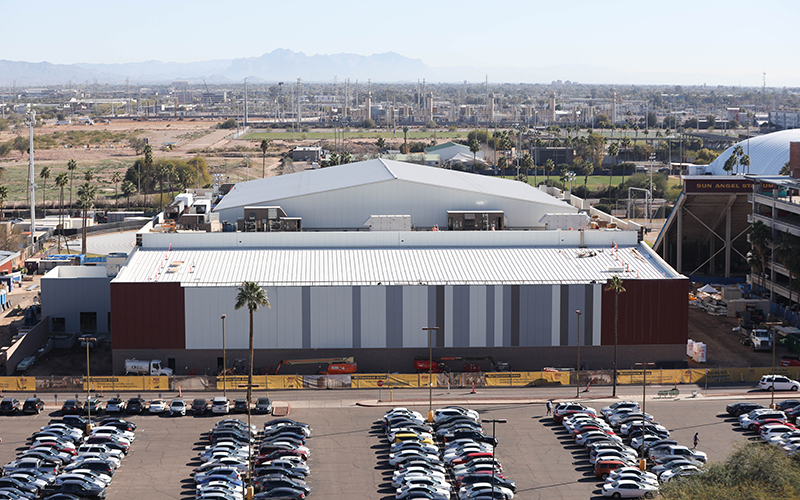 “It is a dream come true,” McBain said. “It was an unfortunate result, but a game I will remember for sure. It was fun and good. Hopefully I’ll build on it.”

McBain and Smith each received around 14 minutes of ice time and combined for six wins out of 13 faceoff attempts during the 6-2 loss to the Devils, including some special teams appearances. McBain was a regular on a penalty killing unit that went a perfect 5 for 5, the third time Arizona was 100% when facing five or more penalty kill situations this season. Smith received nearly three minutes of ice time on the power play unit, which went 1 for 4.

“It was awesome,” Smith said about receiving immediate power play time. “Coming into an organization like this and just being put right into the power play wasn’t something I was expecting, but I’m extremely grateful for it and I’m just trying to make the best of my opportunity.”

“He moves well out there,” Coyotes coach André Tourigny said about Smith following Wednesday’s loss. “He can get down on the flank, skate downhill and he had good speed and made good passes. I liked the way he played. He did a good job in practice yesterday, and today it was the same. He played with confidence on the power-play, and I think he brings skill to our team.”

Smith, a Tampa, Florida, native wearing the “lucky” number 13 in honor of his mother, experienced a whirlwind week after leading his Mavericks all the way to the national championship game in Boston on April 9, then signing an entry-level contract the very next day before making his NHL debut Tuesday night in Glendale. In 101 NCAA games, he racked up 37 goals and 65 assists.

“We were ecstatic about trading for him and even more ecstatic about signing him and bringing him into our lineup,” Armstrong said after Smith was signed. “We targeted him because when you get a good centerman, it makes your team go, and we believe he has some of the qualities to make the Coyotes better. It’s a nice fit for us as an organization.”

Tourigny placed Smith on the same line – and a neighboring locker – as Andrew Ladd, who has played 997 career games in the NHL. Based on the current state of the roster, which has a heavy mix of veterans and young guns, Armstrong and Tourigny expect the veterans to mentor all the young talent that has entered the league with the Coyotes.

“As far as learning, I’m trying to be a sponge,” Smith said. “He’s played nearly 1,000 games, so I know I can ask him questions and lean on him whenever I have to.”

The NCAA isn’t the only avenue for the journey of these Coyotes rookies. Goaltender Karel Vejmelka, who turned 25 early in the season, made his way over from his homeland of Czechia. He earned the starting role, and a three-year, $8.175 million contract extension, after playing well following Carter Hutton’s ankle injury he suffered just two weeks into the year. In fact, his performance just midway through the season was enough for Arizona to waive and trade Hutton, 36, to Toronto for future considerations on February 22.

Most of the rookies have been fed into the NHL from the Coyotes’ AHL affiliate, the Tucson Roadrunners. For example, Matias Maccelli and Michael Carcone are, respectively, first and second for Tucson in points scored this season. Cam Dineen leads Tucson defensemen in points with 19 in just 21 games in the minors. Ben McCartney has 30 points in 50 games in his first full season following his graduation from the Brandon Wheat Kings of the WHL.

Others include Vladislav Kolyachonok, Dysin Mayo, and Janis Moser – all of whom have played for Tucson this season. Arizona rookie skaters have combined for 11 goals and 33 assists in the NHL in ‘21-22.

As the Coyotes move across town, fans are hopeful that the work put into the rebuild will pay off. 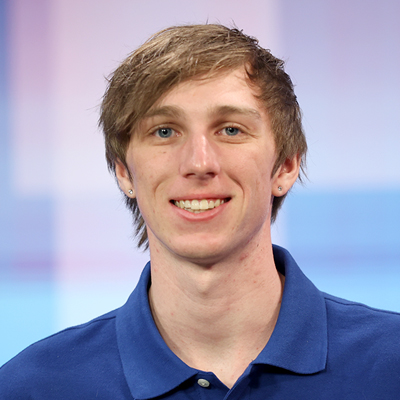