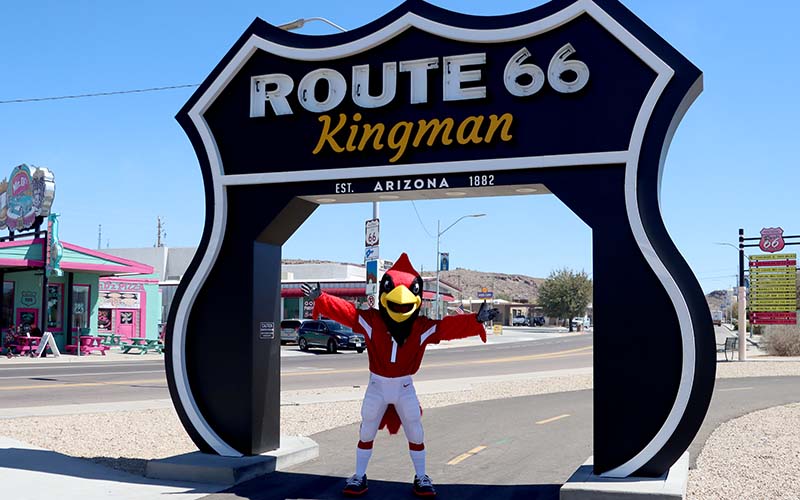 Big Red makes his first travel pit stop of the year when the Cardinals Caravan stopped along Route 66 in Kingman. It was a welcome return to in-person contact with fans. (Photo by Amanda Valle/Cronkite News) 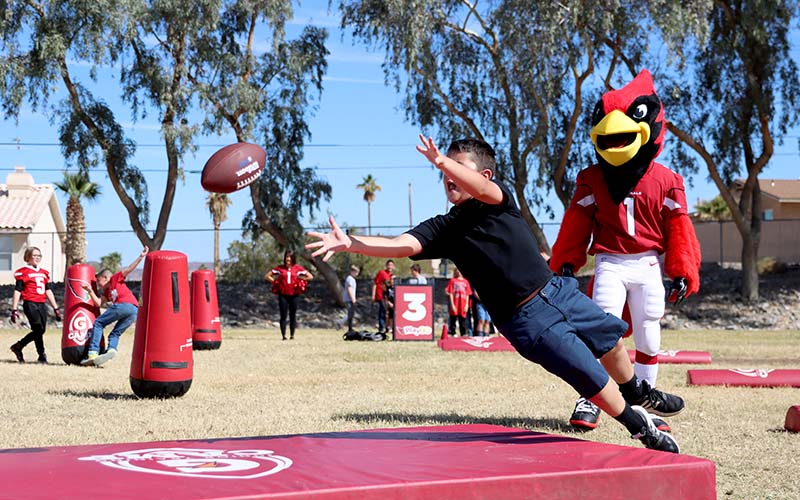 A student from Nautilus Elementary School makes a diving catch with the support of Big Red at the Kid’s Football Camp hosted by the Arizona Cardinals on their trip to Lake Havasu. (Photo by Amanda Valle/Cronkite News) 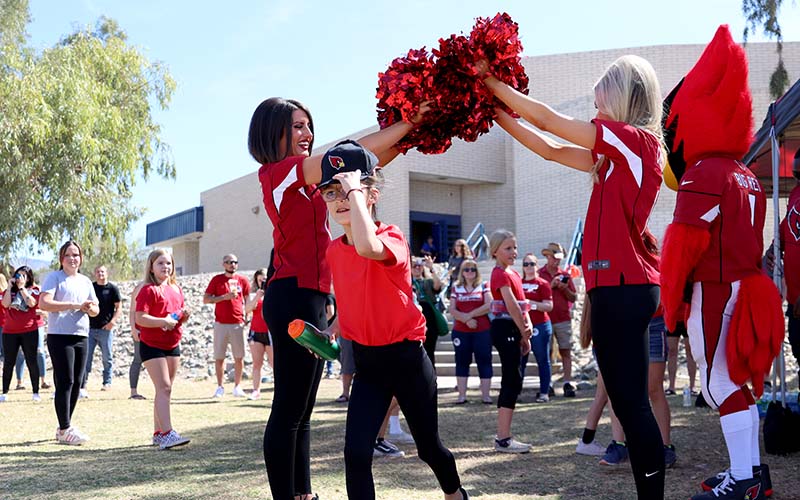 A young student runs under a bridge created by the Arizona Cardinals cheerleaders after completing the Cardinals Kids Football Camp at Nautilus Elementary School in Lake Havasu.
(Photo by Amanda Valle/Cronkite News) 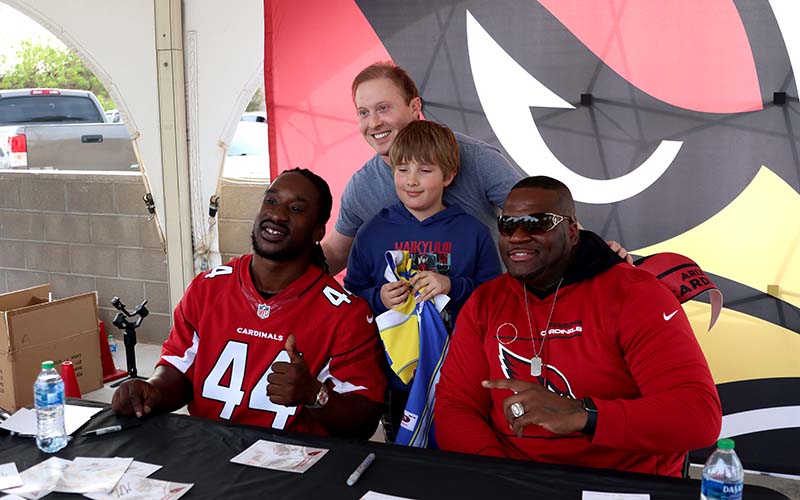 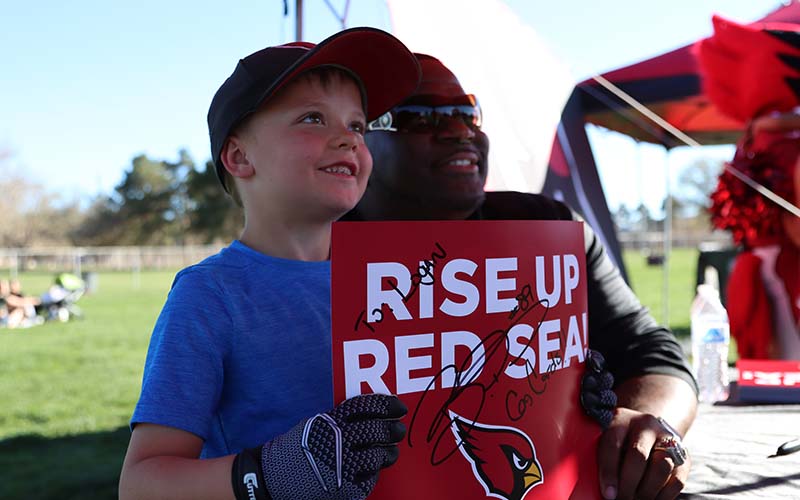 TEMPE – After a hiatus of in-person fan experiences because of COVID-19, the Arizona Cardinals brought back their popular Cardinals Caravan to reconnect with fans around the state.

The first stop was 178 miles from State Farm Stadium to host a fanfest in Kingman, where many members of the community made an appearance. Centennial Park was full of bouncy houses, obstacle courses and skills stations and included guest appearances from two Arizona Cardinals cheerleaders, mascot Big Red and former tight end Ben Patrick.

Fans were happy to see Big Red in person for the first time in their hometown.

The team then traveled to the state line, making a pit stop on the western border in Lake Havasu.

The day started off at Nautilus Elementary School, where the students were surprised by Big Red. The Cardinals then hosted a Kids Football Camp outside.

Outside linebacker Markus Golden made a guest appearance in the afternoon after a short helicopter ride to Lake Havasu beach, where he was able to meet and spend time with fans at a Cardinals Fan Fest.

“We are very excited that they are actually coming out and showing us love,” Cardinals superfan and Lake Havasu resident Giselle Mendoza said. “Just making that effort means a lot.”

The Cardinals also traveled to Flagstaff and Sedona and are wrapping up this week in Safford and Tucson. 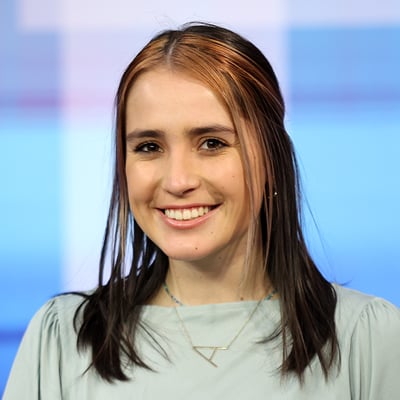