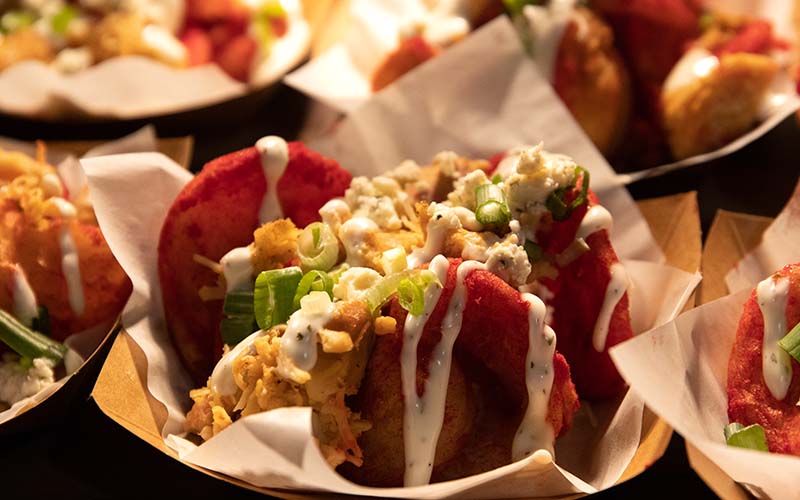 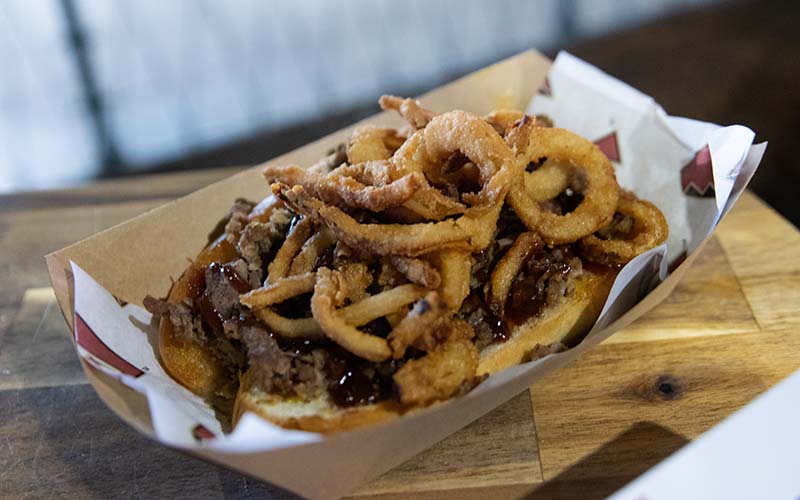 Diamondbacks executive chef Stephen Tilder said his ideas usually start “at about 70 items and it ends up at about 25.” (Photo by Hogan Armstrong/Cronkite News)

If this sound enticing, a stop at Chase Field may be in your future. The Arizona Diamondbacks have unveiled new food items that will be available at the ballpark starting tonight, when the teams kicks off the season at home against the San Diego Padres.

“This is probably our biggest showing of new items since 2019,” said Stephen Tilder, the executive chef at Chase Field. “It starts at about 70 items and it ends up at about 25 because there’s stuff that sounds great, but can we execute it or you know, it doesn’t really look how I thought it was going to look.”

Tilder has been collaborating with the Arizona Diamondbacks for almost a decade and is known for creating recognizable fan favorites such as the Churro Dog. However, this year, he has had more creative freedom with his food items, if that’s even possible. 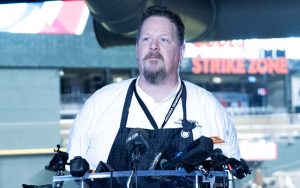 “He comes up with so many great and unique items each and every year,” said Derrick Hall, the Chief Executive Officer of the Arizona Diamondbacks. “We absolutely love and adore (him).”

From Buffalo Chicken Sidewinders and Baja Fish Tacos to Hatch Valley Whiskey Burgers and Nashville Hot Chicken Sandwiches, 28 mouthwatering dishes were added to the menu for fans to enjoy.

For those who like to stick to the basics, general food options are available, along with less expensive choices.

“We’ll have our value food items,” Hall said. “Those are $2.99 hot dogs, corn dogs, soda and milk. We look forward to having those as well.”

Value is good. Cosider the Atlanta Braves, who are unveiling a burger worth $151 at Truist Park.

A new concept making its way to Chase Field this year is a hot dog that reflects the vibe of the opponent.

“It will give a huge variety,” Tilder said. “There will be the hometown favorite dog, which will be the Diamondbacks Dog. Then every time a new team comes to town, I have a dog that is inspired for that team.” 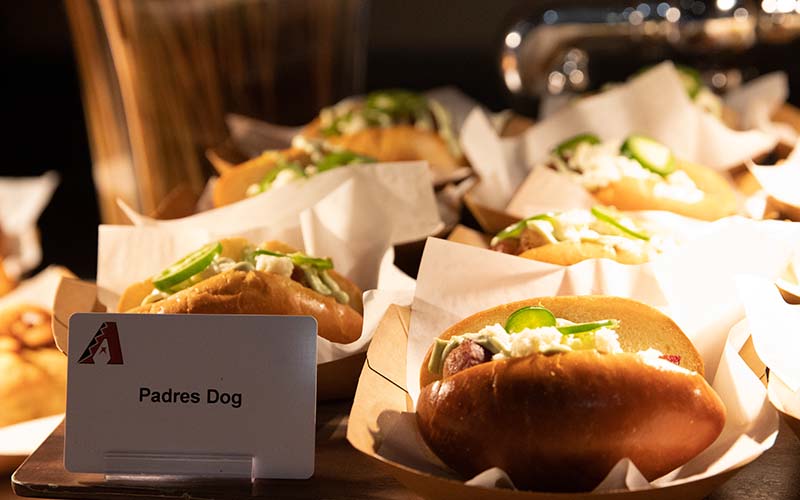 Tilder hopes to bring the flavor of other cities to Chase Field, including the Padre Dog, which will be featured in tonight’s home opener again San Diego. A variety of dogs will debut based on the team the Diamondbacks will be facing off against. (Photo by Hogan Armstrong/Cronkite News)

“(We’re) excited to have these new partners with us,” Hall said.

Cold Beers and Cheeseburgers and Bourbon and Bones will also be there, taking over the space occupied by Friday’s Front Row. The grand opening is expected in mid-summer. Caesars Sportsbook is expected to open around May and will feature a Guy Fieri restaurant. 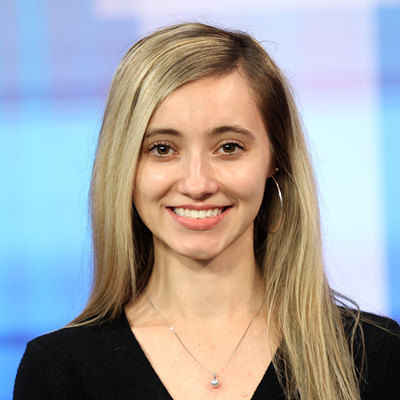 Alyssa Polc expects to graduate in August 2022 with a bachelor’s degree in sports journalism. Polc, who covered Mesa High School boys basketball for AZPreps365.com, is working for the Phoenix sports bureau.