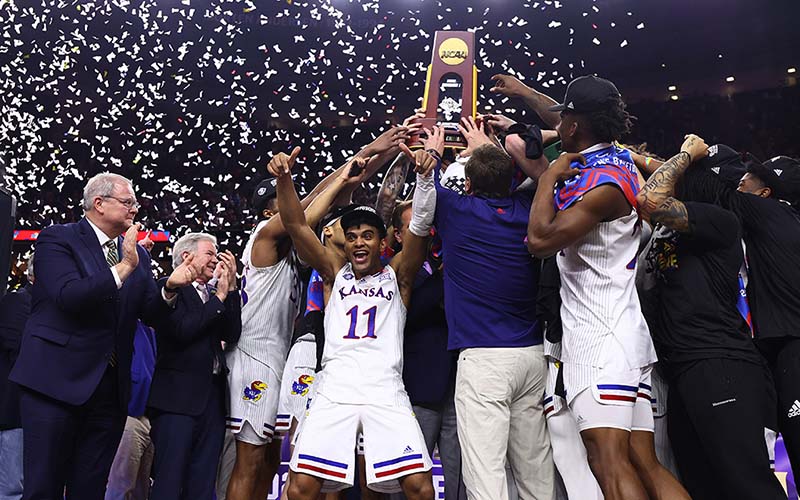 Remy Martin celebrates after his Kansas Jayhawks won the 2022 NCAA Men’s Basketball Tournament National Championship, an experience he dreamed about when he was considering his options after playing at Arizona State. (Photo by Jamie Schwaberow/NCAA Photos via Getty Images)

A knee injury hampered most of Martin’s final college season, but he emerged in the NCAA Men’s Basketball Tournament, transforming into the player many expected when he joined the Jayhawks as a key piece to a team poised to make a deep tournament run.

His contributions during the Jayhawks’ run generated significant national buzz. Jon Rothstein of CBS Sports tweeted, “Things many people never thought they’d tweet: Kansas would have had no chance to win a national title without Remy Martin.”

Things many people never thought they'd tweet: Kansas would have had no chance to win a national title without Remy Martin.

During the early rounds of the tournament, Martin took charge for the Jayhawks, leading them in scoring each of the first three tournament games against Texas Southern, Creighton and Providence.

After less production in the Elite Eight and in a national semifinal drubbing of Villanova, Martin rebounded in the Jayhawks’ riveting 72-69 victory over North Carolina in the championship game in New Orleans.

He scored 14 points and hit four of six shots from 3-point range, including a clutch contested 3 with less than three minutes to play. It was the kind of performance that Arizona State fans came to expect during his days in Tempe.

“In the second half, I just came in there, tried to make something happen and shot the shots with confidence and just tried to make plays,” Martin told reporters after the game.

Martin also registered a key block with under a minute left, preventing the Tar Heels from taking the lead.

When the final buzzer sounded at the Caesars Superdome, Kansas had its first national title since 2008 and Martin had the satisfaction of knowing his decision to depart from Arizona State worked out for him.

The Sun Devils suffered through an 11-14 season in 2020-21, prompting Martin to weigh his options. He chose what would prove to be a difficult climb to the top of college basketball’s biggest mountain.

“This year has been a tough year individually for me, just injuries and just hard to find a groove sometimes,” Martin said. “But it felt great. These guys have been amazing throughout the whole process. They’ve always kept me going, and they always gave me confidence. And I couldn’t ask for a better group.”

The big-time scoring threat averaged 19.1 points per game in his last two seasons as a Sun Devil, and his addition slotted Kansas as a favorite in the Big 12 conference, a position that is not unfamiliar to the Jayhawks.

While ASU saw other notable players leave in 2021 for smaller, mid-major colleges, such as Taeshon Cherry to Grand Canyon and Jaelen House to New Mexico, Martin selected one of college basketball’s blue-bloods for his final year.

It was an adjustment. While some of the others, such as House, became the leaders of their new teams, Martin was looking for a place where he could win.

“I expect to win, embrace the culture… and hopefully make them proud.” 👀@KUHoops' transfer Remy Martin tells @TheAndyKatz what he hopes to bring to the Jayhawks if he decides to return to college. pic.twitter.com/j8dxHQ7T8C

The ASU scoring machine accepted the prospect of becoming just another cog in the KU winning machine. Martin averaged just 8.6 points per game, the lowest scoring average in a season during his college career.

However, the injury was a factor, too. Martin started his 2021-2022 campaign strong, scoring in double figures eight times in November and December.

The knee problem forced Martin into limited action during conference play, and he went almost a full month without seeing the floor and saw limited minutes when he did play.

Still, Kansas entered the NCAA Tournament as a No. 1 seed in the Midwest Region. After seeing increased production in the Big 12 Tournament, Martin seemed healthy, re-energized and ready to go on a roll in the Big Dance.

And that’s exactly what he did. 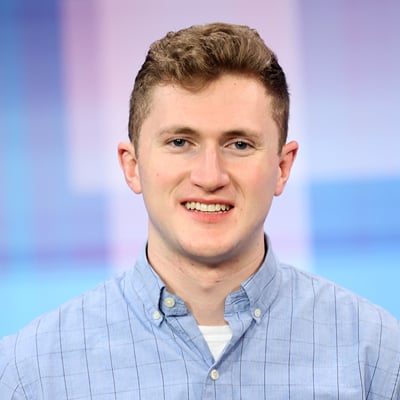