Arizona Attorney General Mark Brnovich is suing the Biden administration for deciding last week to lift Title 42, the measure that banned migrants and asylum seekers as a health and safety measure for the pandemic. (File photo by Emily Sacia/Cronkite News)

PHOENIX – Arizona Attorney General Mark Brnovich is suing the Biden administration for deciding last week to lift Title 42, the policy that closed the border to migrants and asylum seekers as a public health and safety measure during the pandemic.

The lawsuit, which also has Louisiana Attorney General Jeff Landry and Missouri Attorney General Eric Schmitt as plaintiffs, argues that President Joe Biden violated federal procedures that require publishing notices of proposed rulemaking in the Federal Register, and that most policies have a 30-day delayed effective date.

The suit, filed Sunday in the U.S. Western District Court of Louisiana, seeks to halt the Centers for Disease Control and Prevention determination that migrants at the southern border are “no longer a serious danger to the public health” and to keep Title 42 in place.

The lawsuit says the plaintiffs are challenging “an imminent, man-made, self-inflicted calamity: the abrupt elimination of the only safety valve preventing this Administration’s disastrous border policies from devolving into an unmitigated chaos and catastrophe.”

Since the Trump administration invoked Title 42 in March 2020, more than 1.7 million migrants have been turned away at the border – more than 300,000 of them in Arizona.

The Biden administration said it would begin receiving asylum cases as of May 23. Title 42 for unaccompanied minors ended last month.

In a news release, Brnovich claimed that revoking Title 42 would create a surge at the southern border that would overwhelm law enforcement agencies, and Arizona would be at a major risk for drug trafficking and cartel activity.

With Title 42 winding down, worries rise about handling migrant surge

“If Title 42 ends, it will result in an even greater crisis at the border that will have a devastating impact, not just on border states, but across the country,” he said in a tweet Monday.

Brnovich, who’s running for governor, and the other attorneys general are Republicans, but the lawsuit notes that some Democrats are against lifting the ban as well, including Arizona’s two senators.

“This is the wrong decision,” Sen. Mark Kelly said in a statement Friday. “It’s unacceptable to end Title 42 without a plan and coordination in place to ensure a secure, orderly and humane process at the border.”

The Department of Homeland Security says it has a plan for processing migrants that will address the expected jump in cases being processed at the border. It includes adding agents and volunteers to handle bottlenecks, expanding central processing centers and spending more money on soft-sided centers, medical care and transportation.

But the lawsuit notes that even DHS says in its plan that the immigration system is “ fundamentally broken.”

Arizona state Rep. César Chávez, who also wants a better plan to handle the surge, said Monday that suing the Biden administration doesn’t provide any solutions to the ongoing issue.

“I find it very unfortunate that the statewide Republicans would go down that route rather than reaching out to the Biden administration or (DHS) Secretary Mayorkas and having a further conversation on what it is that we need to do to mitigate the issues that we have at the border,” he said. 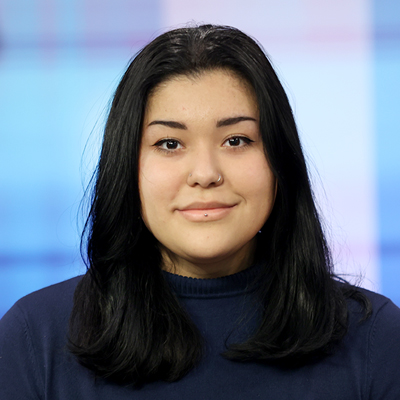