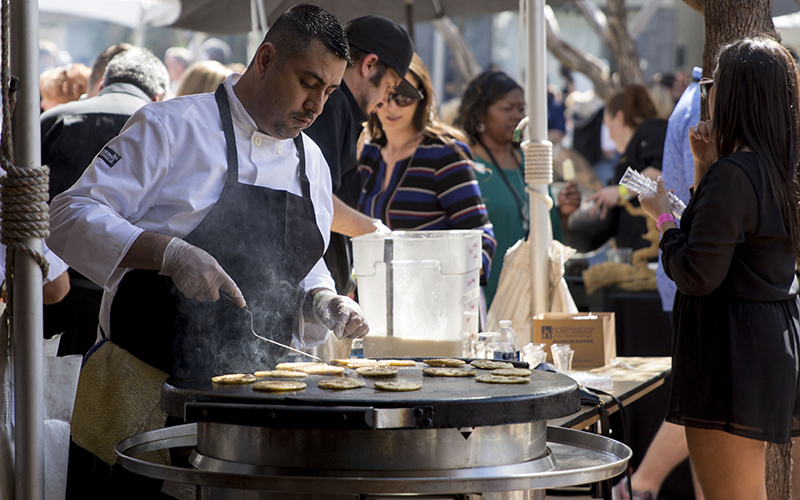 Nationally, food service added 61,000 jobs in March, the most of any industry, but total bar and restaurant employment was still below pre-pandemic levels. In this 2017 photo, Jose Rojas prepares food for the Artizen Crafted American Kitchen & Bar at the Devour Culinary Classic in Phoenix. (File photo by Megan Bridgeman/Cronkite News)

The latest numbers are part of a steady decline in unemployment since the start of the pandemic, when joblessness in the state spiked to 13.9% in April 2020. February’s rate for Arizona was down from 6% a year earlier, and a slight decline from January’s 3.7%.

The state was also below the national average of 3.8% for February, although new BLS numbers out Friday showed the national unemployment rate slipped to 3.6% in March. State unemployment numbers for March are not expected until at least next week.

Andrew Sugrue, the assistant director of policy and advocacy at the Arizona Center for Economic Progress, attributed the steadily improving employment picture to aggressive COVID-19 economic relief from the federal government during the pandemic.

“Much of this is really attributable to the extraordinary measures that the federal government took in response to the pandemic … most specifically the CARES Act and the American Rescue Plan Act,” Sugrue said. 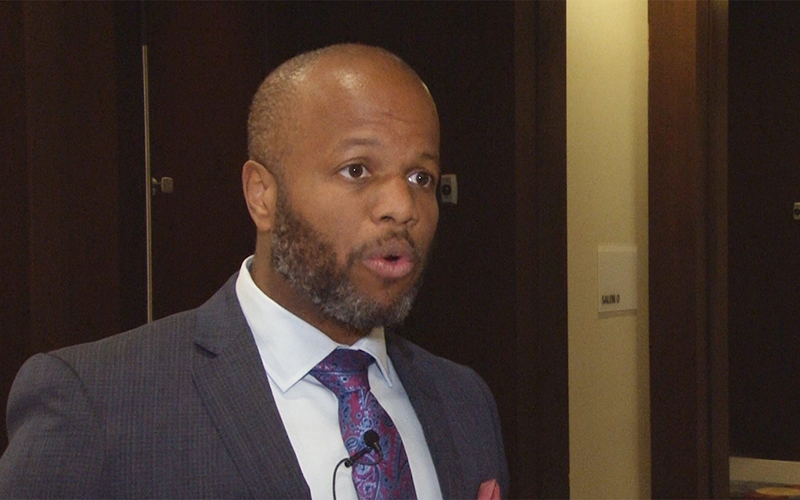 “Those pieces of legislation really gave the economy the boost that it needed in the moment and allowed this recovery to proceed at a much faster rate than that of the Great Recession,” he said.

The CARES Act, enacted during the Trump administration, provided unemployment compensation and stimulus checks to those who lost their jobs during the first year of the pandemic, as well as emergency support for businesses affected by the pandemic. The American Rescue Plan Act, created by the Biden administration, extended unemployment benefits and added another stimulus check, among other benefits.

Sugrue said the lower unemployment rate is happening for “the right reasons,” which includes steady growth in the labor force. Since falling from 3.47 million in March 2020 to 3.39 million that April, the Arizona labor force has increased every month, reaching 3.54 million in February, the BLS numbers show.

Sugrue tempered the good news of a declining unemployment rate by noting that not every industry has recovered from the effects of the pandemic. He said industries like public service, hospitality and education are still suffering from vacancies created by COVID-19.

Additionally, the pandemic hit some workers harder than others, Sugrue said. Minority workers were disproportionately impacted by the effects of COVID-19, and they are not seeing the levels of recovery that white workers are seeing.

“We know that the public health and economic crisis fell disproportionately on low-income workers, workers of color and those that were caring for children, specifically women,” Sugrue said.

In December 2021, the white unemployment rate nationally was 3.9% compared to a Black unemployment rate of 7.1%, according to data from the Brookings Institution. Because of this, Sugrue said, there is still more that needs to be done to help everyone fully recover economically from the pandemic.

“While the trends are positive for all groups lately, we still have to look at the disproportionality in terms of who is benefiting the most in this moment,” Sugrue said.