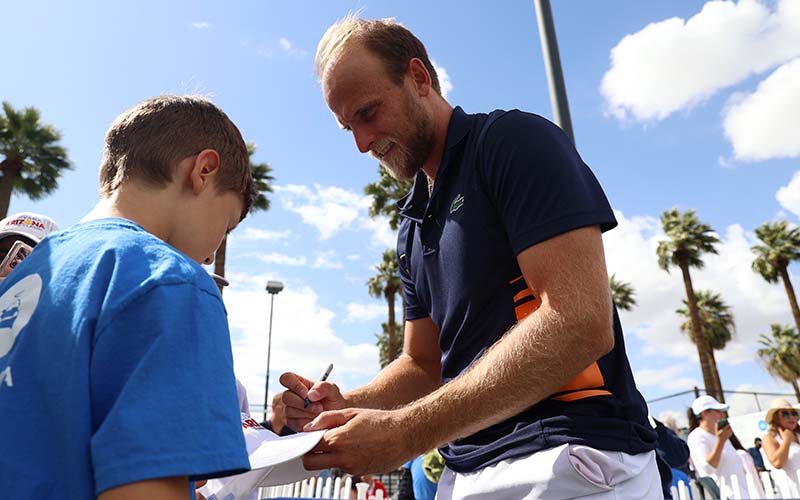 Denis Kudla signs a hat of a ball-boy after winning his singles title at the Arizona Tennis Classic. He won five consecutive singles matches to take home the singles and doubles championships. (Photo by Mary Grace Grabill/Cronkite News) 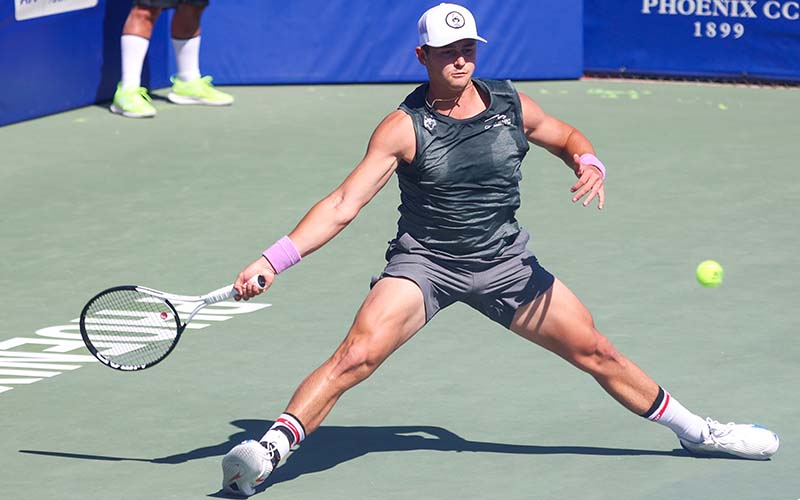 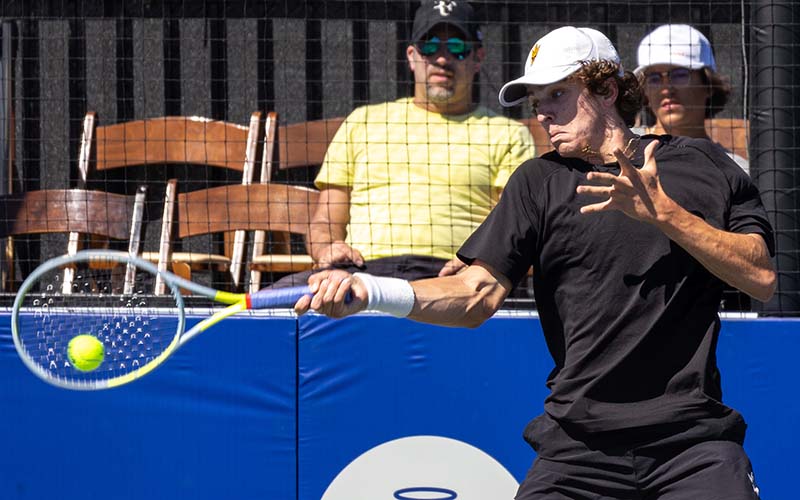 Freshman Murphy Cassone, a member of the Arizona State men’s tennis team, played in the first qualifying round at the Arizona Tennis Classic. (Photo by Mary Grace Grabill/Cronkite News) 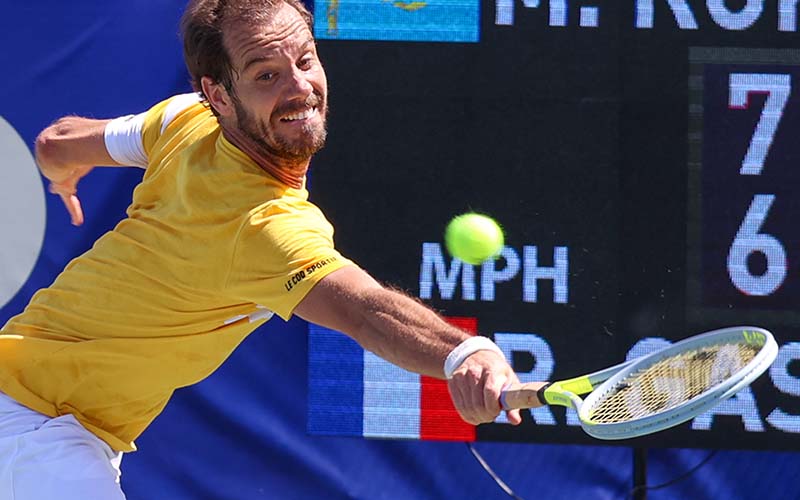 Richard Gasquet lost to Kudla in the quarterfinals of the Arizona Tennis Classic. Gasquet’s career high ranking reached No. 7 in 2007, and now holds a ranking of No. 81.
(Photo by Mary Grace Grabill/Cronkite News)

PHOENIX – Positioned between the BNP Paribas Open Indian Wells and the Miami Open like an emerald between two diamonds is the Arizona Tennis Classic, forming what the on-court master of ceremonies, Andy Zodin, recently described as “the sunshine trifecta.”

Indian Wells and the Miami Open are ATP Tour Master 1000 tournaments, the most prestigious events outside the four majors. The Arizona Tennis Classic is a level 125 event on the ATP Challenger Tour. 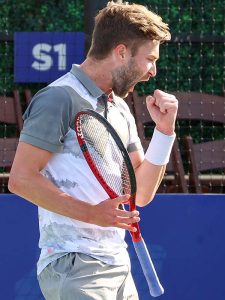 Liam Broady lost to Daniel Altmaier in the semifinals of the Arizona Tennis Classic at Phoenix Country Club. The 28-year-old player’s ATP ranking sits at No. 121, with a career high of No. 116. (Photo by Mary Grace Grabill/Cronkite News)

Held in March at Phoenix Country Club, this year’s event attracted a field that included Denis Kudla, who secured his eighth career Challenger singles title to vault 18 spots in the world rankings, to No. 84.

Kudla then lost in the round of 32 in the Miami Open to Thanasi Kokkinakis.

Also in the field was a former world top-10 player, David Goffin, who defeated Rafael Nadal and Roger Federer during the 2017 ATP World Tour and reached his career-high ranking of No. 7 on Nov. 20 of that year.

“The positioning of the tournament not only provides playing opportunities for players as they transition between those two major events, but it also means that Phoenix tennis fans will be able to enjoy watching the strongest ATP Challenger Tour field of the entire year,” the tournament director Weller Evans said.

The event is the brainchild of Jonny Levine, a former professional tennis player who five years ago had a vision of bringing professional tennis to Phoenix. Two years later, the Arizona Tennis Classic made its debut at the Phoenix Country Club in 2019.

“Every player in the top 100 is playing in Indian Wells,” Levine said, excluding Novak Djokovic, who did not compete because of COVID-19-imposed requirements. “If they lose before the third round, then they have to wait almost two weeks before they go to Miami. It’s a great week on the calendar for players to have another opportunity to play.”

After losing in the round of 128 at the 2019 Indian Wells tournament, No. 57 Matteo Berrettini won the Arizona Tennis Classic singles title. Later that year, Berrettini lost to Rafael Nadal, a 21-time major winner, in the semifinals of the U.S. Open and ended 2019 in the world top 10. 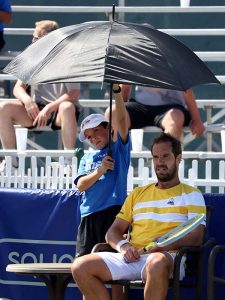 Richard Gasquet sits during a change-over while playing in the Arizona Tennis Classic, the highest ranked ATP Challenger within the tour. (Photo by Mary Grace Grabill/Cronkite News)

“Challenger level tournaments are great for young stars trying to earn points to get up into the ATP tour events,” Levine said. “A lot of players that are coming off injury or maybe a little older that want to get more match play will play challengers, and that enables us to get a very high ranking acceptance list and one that is sometimes better than the ATP tour level tournaments.”

During the championship ceremony, Levine expressed his gratitude for the audience. “Like the players have said, most Challengers do not get fans coming out to support like this,” he said. “Thank you from the bottom of my heart for coming out and being a part of this.”