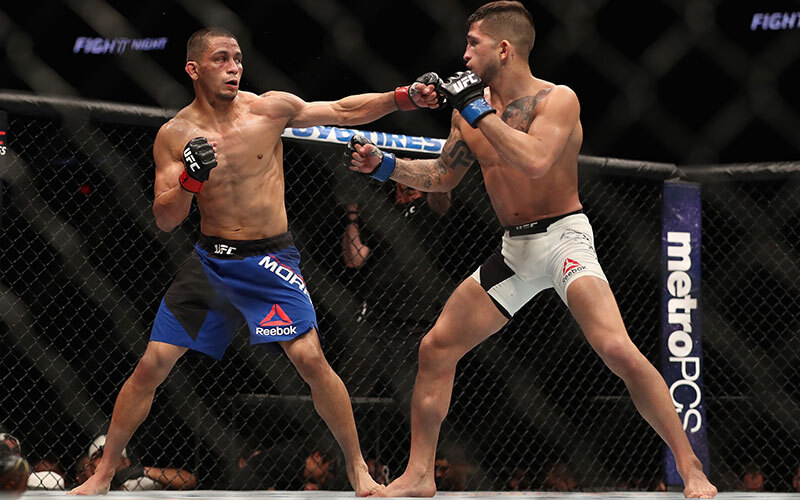 John Moraga, left, throwing a left on Sergio Pettis, had a successful UFC career before he was released by UFC in 2019. (Photo by Christian Petersen/Getty Images)

PHOENIX — John Moraga has a broad, muscled back covered with detailed tattoos that display the City of Phoenix logo, the Maryvale neighborhood written in script and his name.

Phoenix is the city that shaped him and his love for it is more than skin deep.

That’s why the accomplished MMA fighter, who challenged for the UFC Flyweight Championship in 2013, has taken a break from competition, which recently included boxing, to spend more time with his children and to help youth in the community as a volunteer coach. He is also working with a distribution company.

He is thrilled to give back to the city that raised him.

“Instead of having sponsors all over his shirt he would wear something for Maryvale,” said Jamie Varner, a former training partner and corner man of Moraga during his time at Arizona Combat Sports and MMA Lab. “His commitment to his community is what stood out to me the most. The way he gives back to his community is unlike anybody I’ve ever seen. He’s a great human.”

Varner has been labeled an underdog his whole life, and has used that as motivation to never quit and stay afloat on his path to represent his family and city proudly through his combat sports career and beyond.

“My upbringing was typical inner city Phoenix,” Moraga said. “I had my family there and I didn’t have it super tough.”

Varner recalled how Moraga, when he was fighting at 125 pounds, sparred with guys bigger than him, including Varner and former UFC lightweight champion Benson Henderson.

“I never gave John everything I had,” Varner said. “I would always hold back. There are weight classes for a reason. I would never hit him or do moves as hard.”

Against Henderson, Moraga would struggle, Varner said. Henderson would knock him down repeatedly, but Moraga would keep sparring with him to test himself.

“Benson would have the mindset of ‘if you’re sparring with me we’re fighting,’” Varner said. “He shows nobody no quarter. Every time John would go with Benson, Benson would drop him.” 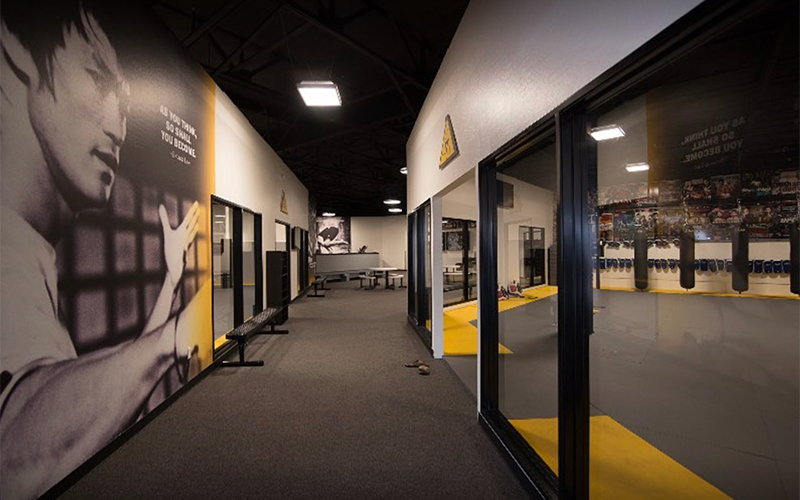 Moraga wanted to show his Phoenix pride by standing tall against Henderson. Whenever they fought, Moraga would consider the very real possibility of getting dropped to the mat by Henderson and tell himself, “Not today.”

“He’s just a strong, tough dude,” Varner said. “When you get to know him and he feels comfortable around you, he’s just a beautiful man. He’s an action-oriented guy and he’s never been a talker. He let his actions speak for themselves and even to this day he’s got a smile that can light up a room.”

Moraga attended Maryvale High School, where he would discover wrestling, which put him on the career path to combat sports.

“I started wrestling not accidentally, but because my friends all just said let’s try it,” Moraga said. “And I was the only one that really stuck with it.”

A loss in his first match provided valuable motivation.

“I just thought I was going to go in there and tear everybody up really easy,” Moraga said. “I wasn’t too excited about it, I was going to do it just to do it. Then I lost my first match and the competitive side of me came out.”

Moraga would go on to win a state championship at 112 pounds. Wrestling taught him many lessons, including those that he has applied to his personal life.

“Wrestling is such an instrumental part of just being (a) responsible, hard-working and dedicated person,” Moraga said. “I could go on and on about the good attributes that you get from and develop from the sport of wrestling. I got to credit my coaches, also, for holding that accountability for us and knowing how to use the sport of wrestling to our advantage. Some kids, I feel they don’t get the most out of what they could out of the sport because they didn’t have the support system.”

Moraga credited his high school wrestling coaches Richard Fimbres and UFC fighter Frankie Saenz for keeping him from straying. Many of Moraga’s friends have either died or gone to prison, Moraga said, and he believes that if not for Saenz, he would have ended up the same way.

“Without big Frank, I would not have been able to do what I did because he kept me on the right path,” Moraga said. “He would come knocking on my bedroom window Sunday morning saying, ‘Get up. Let’s go run.’ He would reward us by taking us to go eat pizza or to go watch a game or something like that. That’s why me and some of the guys that wrestled together under Frank are like family because we did a lot of that family-type stuff when we were younger.”

As he did in high school, Moraga struggled early in his collegiate career. He wondered if he belonged at the Division I level as he struggled to even score a point on anyone.

“You learn that you got to sharpen up those basics because that’s what everybody was beating me with when I first got to college,” Moraga said.

Moraga built on the lessons from his first year and turned the corner as a junior after putting in more work during the off-season. He trained frequently with former UFC heavyweight champion Cain Velasquez and spent more time with assistant coaches at practice and it paid off. The final two years of his college wrestling career he turned into an All-American wrestler.

“I was training a lot with Cain Velasquez that summer,” Moraga said. “We would hit the gym every day and hit the wrestling room at wrestling practice. We would sit at each other’s places just talking about how we were going to get better at the technical aspects of wrestling.”

After his college wrestling career, Moraga had a boxing match, then took his talents to MMA. He got his first start in the Arizona promotion Rage in the Cage in 2009.

Moraga started 6-0 in the promotion. His next fight he suffered his first loss, by a decision, against John Dodson at a Nemesis fighting event in 2010 located in the Dominican Republic. 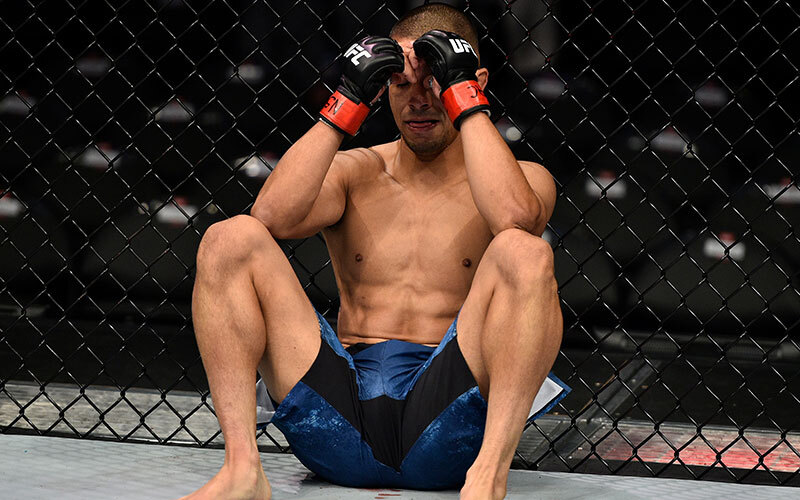 Moraga turned to boxing after he finished with UFC. He is taking a break from both so he can be more engaged with his community. (Photo by Jeff Bottari/Zuffa LLC/Zuffa LLC via Getty Images)

After the loss in what was known as the “Dominican Disaster” fight, Moraga rebounded to win his next five fights in different promotions, leading to his signing with the UFC in 2012.

Moraga also got off to an impressive start in the UFC, notching back-to-back wins that led to a flyweight title shot against the champion, Demetrious “Mighty Mouse” Johnson, in 2013.

Moraga lost to Johnson in the fifth round on an armbar submission.

“I wasn’t ready for that fight,” said Moraga, who added, “The flyweight division was brand new at that time, so there wasn’t a whole lot of winning streaks going on. I hyped myself up too much talking to the media and listening to people in my ear telling me to say this and that. It didn’t work out for me.”

While Moraga did lose the fight, Varner was with him and rooting for him every step of the way, exhibiting a loyalty that develops when you spar and train with someone.

“There’s something about being brothers in arms and bleeding, sweating, going through the same grind together,” Varner said. “I took great pride in his success. When he wins, I would win with him. When he loses, I would lose with him.”

After the loss to Johnson, Moraga had 11 more fights in the UFC flyweight division. He went 6-5 in that span fighting the likes of Dodson (again), Joseph Benavidez, Sergio Pettis and current UFC flyweight champion Deiveson Figueiredo. Moraga’s last UFC fight came against Figueiredo in 2018 where he lost in a second-round TKO.

Moraga was released by the UFC in 2019, after which he took his talents to the French MMA promotion Ares FC. Due to the COVID-19 pandemic, Moraga never fought for the promotion. His contract expired before he could get going.

He re-entered the world of boxing in 2019 and was victorious in his return to the ring. He won by TKO in the second round against Brandon Foss in October of 2019. Moraga had four boxing fights after that and lost three. His most recent fight in December of 2021 was a loss to Benjamin Gomez by unanimous decision.

“For those particular boxing fights they were just opportunities,” Moraga said. “They popped up and I was out of shape. I like boxing. I could box if I put the dedication and time into it.”

The transition from MMA to boxing was not hard for Moraga, who said, “I met my boxing coach while I was training for MMA. I did straight boxing training when I went with him and I liked it. I wanted to add that to my MMA training because I felt that was something I was missing.”

Moraga has taken some time away from the boxing ring along with the octagon and focused on other aspects of his life. MMA is still important to Moraga, but he is focused on helping the youth in his community.

The one that means so much to him. 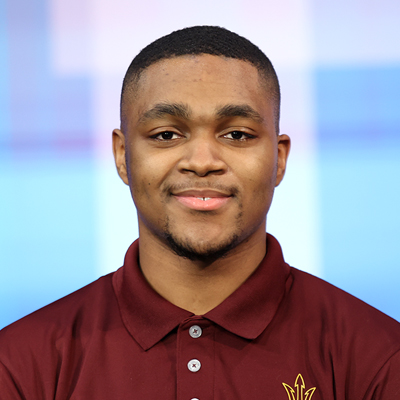