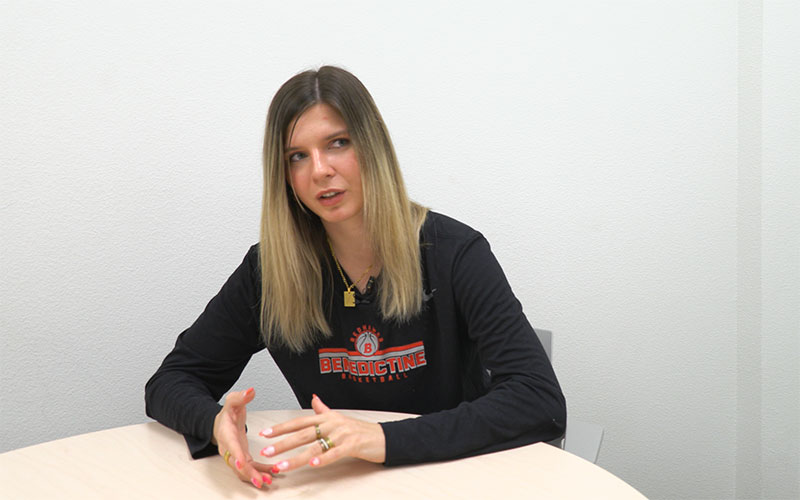 Kate Golovkina, a 23-year-old forward for Benedictine University Mesa, worries about her family back in Moscow and her injured knee. (Photo by Conor McGill/Cronkite News)

MESA – Kate Golovkina’s five-word mantra is tattooed on her shoulder.

“One day can change everything.”

The 23-year-old, a junior forward for Benedictine University Mesa, knows better than most just how true those words can be. She’s living roughly 6,000 miles from her home in Russia, chasing a basketball dream that has taken her from Moscow to California to Montana and, now, to Arizona.

Everything changed on Feb. 24 when Russian forces invaded Ukraine, prompting the United States and most countries around the world to impose economic sanctions on her home country.

The sanctions, aimed at pressuring Russian President Vladimir Putin to pull out of Ukraine, largely targeted at the wealthiest Russians, those thought to be supporting Putin. However, the trickle-down effects of the sanctions have reached everyday Russians, including Golovkina’s family.

Social media platforms are difficult for her family members to access. Food prices have risen sharply. Credit companies, including VISA and American Express, have deactivated cards in Russia. McDonald’s, Starbucks and other Western restaurants shuttered operations. Commercial flights in and out of Russia were suspended.

And there are fears the government will soon close Russia’s borders and declare martial law.

Understandably, Golovkina feels cut off from her family. 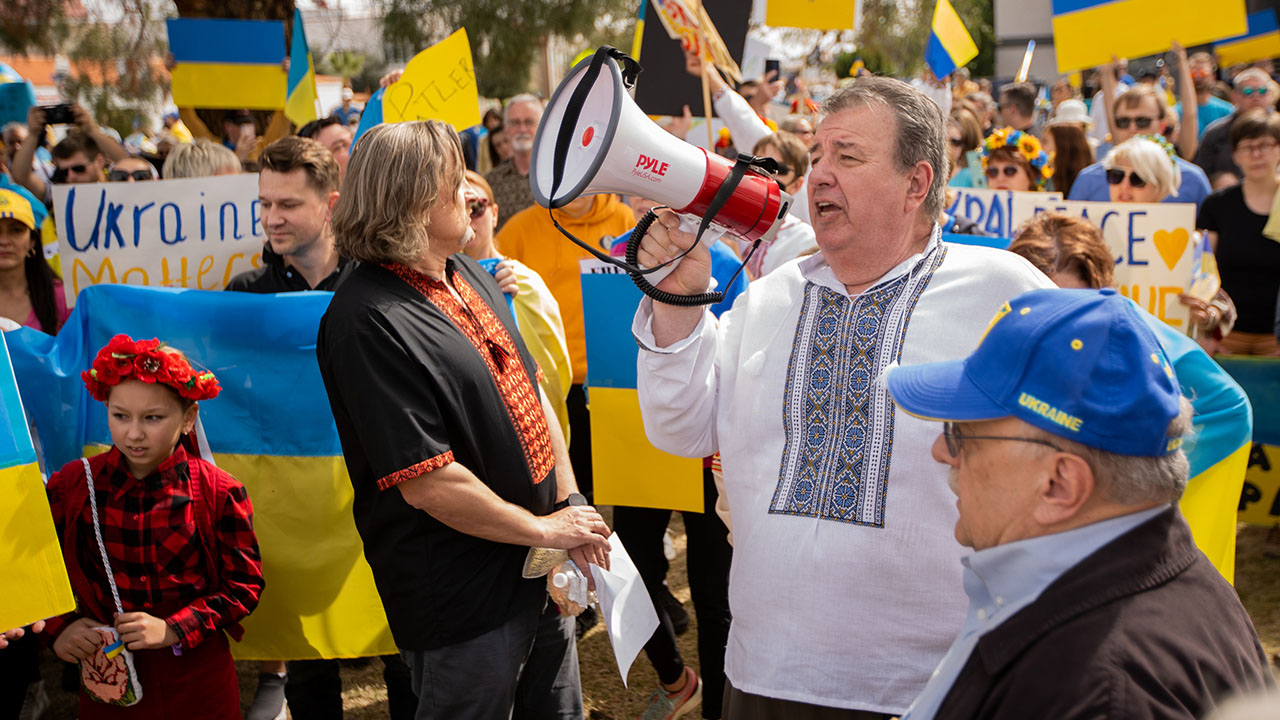 Golovkina, who was raised by a single mother, had planned to return to Moscow during Benedictine’s spring break to celebrate her birthday with her mom and twin sister. The invasion put that party on hold.

Unable to get back to Moscow, Golovkina had to settle for a celebration via a video teleconference. She watched on a screen as her grandparents placed a frosted cake on the table and her twin blew out the single candle.

The reality left Golovkina with a heavy heart and conflicted mind.

“It makes me feel helpless that I’m here and they are there,” she said. “Like, it feels like I should be there, too. But at the same time, I could do more good for them if I’m here.”

The Ukraine invasion isn’t the first time that Golovkina, who’s a risk-taker, has learned how quickly her life can change in a day. Sometimes, it’s for the good. Sometimes it isn’t.

The first time was Sept. 16, 2016, when she left her homeland to pursue her basketball dreams at an American high school. It was cloudy and 52 in Moscow when she left, and a sunny 82 when she arrived in Riverside, California.

At Carnegie Riverside, a small private school, Golovkina reigned as two time most valuable player of her high school’s conference and performed so well she was inducted into the Riverside Sports Hall of Fame.

That caught the attention of Nate Vogel, coach at Mile Community College in the small town of Miles, along the Yellowstone River in eastern Montana.

“She appeared to be a versatile player,” Vogel said. “She could shoot the 3 and put it on the floor.”

Golovkina played two seasons for Vogel, racking up 299 points and displaying a work ethic and supportive attitude that Vogel believes made her the player she is and led to her landing a spot at Benedictine.

Of course, everything can change in a day.

Golovkina got off to a strong start to her junior season, coming off the bench initially and playing her way into the Redhawks’ starting lineup. This time the change came in the form of a devastating season-ending ACL injury. It is the third time that Golovkina has suffered a knee injury, and her second in as many years.

She is left to rehab the injury without the support of loved ones.

“There are times I’m just so sad, crying and homesick,” she said. “That’s why I try to keep myself busy and have a lot of things going on in my life so I don’t think about it.”

With her family largely out of touch and dealing with its own problems, she tries to lean on her new “family” in the U.S., including coaches and teammates from California to Montana to Arizona.

“I usually look at them and see how they are together, and I can see them as a family member,” Golovkina said. “But it’s still different.”

For now, photos of Moscow and her family are as close as she can get to home. Despite the problems in Russia and the challenges of her injury, as she goes about her days, attending classes and rehabing the knee, Golovkina finds herself reflecting on how far she has come.

“America was always something unreachable,” Golovkina said. “It was a dream. It was so far away, like I could never.” 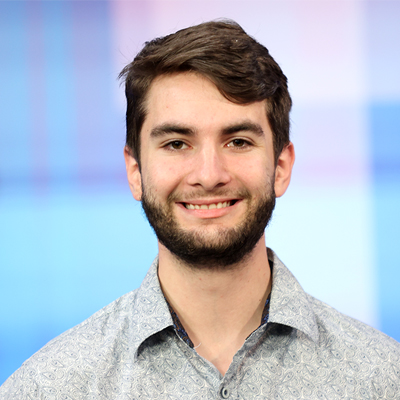 Conor McGill expects to graduate in May 2023 with a bachelor’s degree in sports journalism and a minor in educational studies. McGill, who has interned as a broadcast reporter with PHXTV, is working for the Phoenix sports bureau.