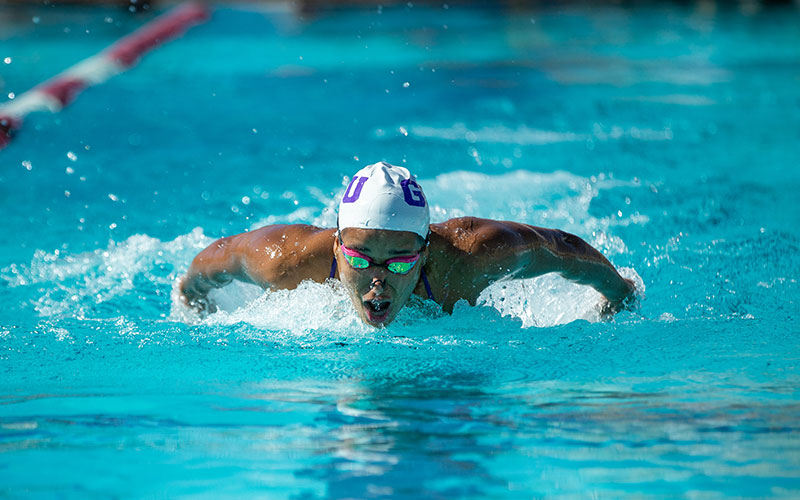 Before enrolling at GCU, Emity Tuteti took a leap of faith and left her native country of Kenya to swim in Thailand in 2016. (Photo courtesy of GCU Athletics) 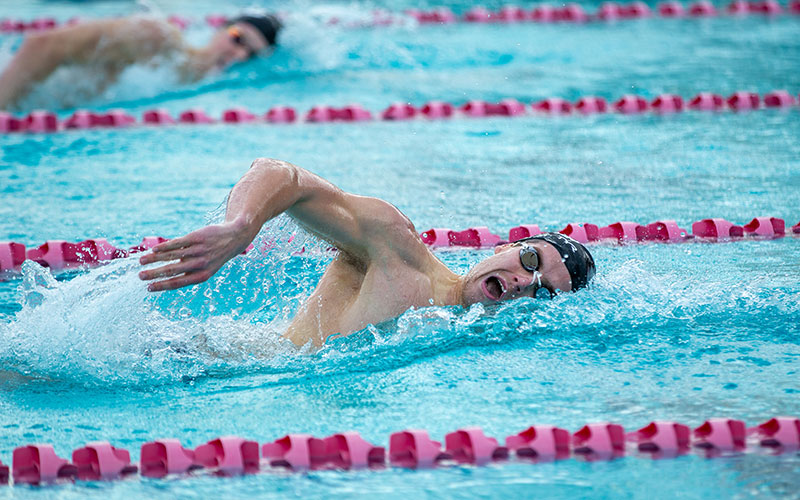 Grand Canyon redshirt senior swimmer Samuel McKenzie, who is from New Zealand, used a recruiting service to get his name out to U.S. swim coaches since his home country is not a swimming hotbed. (Photo courtesy of GCU Athletics)

Edwards, a senior from the United Kingdom, researched colleges while in Spain during her gap year. She was looking for a melting pot of a program that combined the men’s and women’s teams.

“I wanted (it) to not be American-dominated because I thought it’d be better to be in an environment where there were different cultures because I’ve grown up abroad,” Edwards said.

She couldn’t have picked many programs with the diversity of cultures from around the globe that she found at GCU, which features 85 international athletes from 37 countries, excluding the United States. Non-Americans make up 19% of the school’s total number of athletes in 2021-2022.

GCU’s swimming and diving teams have more international athletes – 21, including 11 women and representing five continents – than any sport at the school. Europe, with swimmers and divers from six countries on the continent, is especially well represented.

To Edwards’ delight, once she arrived at GCU, she felt immediately at home with her new American friends and their culture, too.

“I’ve learned that everything is very positive, very friendly,” Edwards said. “And I found that you (Americans) don’t shy away from asking questions, and you are very welcoming as a whole. It’s always nice to be somewhere where you feel welcomed.” 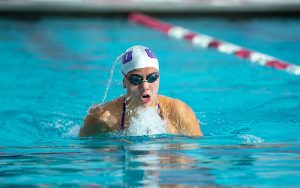 GCU freshman swimmer Lauren Hicks is from Mesa and enjoys the multiple international athletes on the team. “They’ll bring food from home, and it’s just fun being in a team with a lot of international people because we’re all working towards a common goal.” (Photo courtesy of GCU Athletics)

Senior swimmer Emily Muteti felt the same warmth when she arrived on campus in 2017. Before enrolling at GCU, she took a leap of faith and left her native country of Kenya to swim in Thailand in 2016.

She needed to hit several target times while there in order to earn a spot in the GCU program. In six months, Muteti had achieved all the times required to earn her place. After taking standardized tests to meet the school’s academic requirements, she joined the Lopes.

“I’m super grateful for the opportunity,” Muteti said. “It’s something that not everybody gets… Not everybody can afford the lifestyle to come here, especially if you’re coming from a Third World country.”

Like Edwards, she found that GCU’s diversity among its athletes, particularly its swimming and diving program, made her feel at ease.

“Knowing that I wasn’t the only one who was probably struggling with the language barrier and difficulty of just understanding culture and food and team dynamics and how things were going made me feel a little better,” Muteti said.

The journeys to GCU of other international athletes, such as senior swimmer Samuel McKenzie, followed a more traditional path.

McKenzie, who is from New Zealand, used a recruiting service to get his name out to U.S. swim coaches. Unlike its Pacific Rim neighbor, Australia, New Zealand isn’t a swimming hotbed.

“Back home, you might have a couple people that are really interested,” McKenzie said. “Here, you have your Olympic Trials on a massive stage.”

That was about as much as McKenzie knew about America. He was not sure about too many places in the country.

When he initially stepped on GCU’s campus, McKenzie, like many of his teammates, was surprised by the program’s broad scope and warm vibes.

“It was eye opening because I hadn’t seen anything like this before,” McKenzie said. “It was like a movie, almost.”

He added, “In America, the first thing that comes to mind is just the camaraderie of supporting each other and being so patriotic.”

He said the way Americans treat the Super Bowl is an example of that camaraderie. McKenzie said big sporting events in New Zealand, like major rugby matches, don’t bring people together the way the Super Bowl does.

“We’d probably just have a few friends gather around and have something to eat,” McKenzie said, referring to the spectating experience during New Zealand’s biggest events.

GCU has built an international program, a mix of cultures. But the foreigners are also trying to learn about America’s culture. Grand Canyon’s U.S.-born athletes, including Lauren Hicks, a freshman from Mesa, are more than happy to help.

Hicks attended Red Mountain High School, where she starred in several events, and came to GCU hoping to improve herself in the pool and beyond.

“I wanted to be in a place where not only would I be pushed about swimming, but who I am as a person would be emphasized as well,” Hicks said. “That’s the most important because I’m going to walk out of this program and it’s going to be, ‘What did swimming teach me?’”

Part of what she has learned is aspects of other cultures, thanks to her international teammates.

“They’ll tell me different things in their language,” Hicks said. “They’ll bring food from home, and it’s just fun being in a team with a lot of international people because we’re all working towards a common goal. And we all have those common interests of swimming.”

They also apparently have a shared interest in food. Hicks said she has sampled everything from Croatian desserts to French crepes. She enjoys returning the favor and serving as a local tour guide for her out-of-state teammates. She recalled taking her roommate, Raphaela Nakashima of Brazil, to a Brazilian restaurant near campus.

“She was so happy,” said Hicks, who added, “The biggest thing for me is just seeing the joy in giving them those little things.”

Hicks, a freshman, will have plenty more time to introduce even more international athletes to American culture.

“What I’m excited for, any future international swimmers that may come in, is they’ll get to experience a completely different thing from what they’re used to,” Hicks said. “And that would be such a great opportunity for them to grow and learn from other people.”

The international athletes who competed this season at Grand Canyon are taking full advantage.

“Back home, I wouldn’t have been able to do the things I have been, in swimming and just in general as well,” McKenzie said. “I don’t really have many words to explain just how lucky I am.” 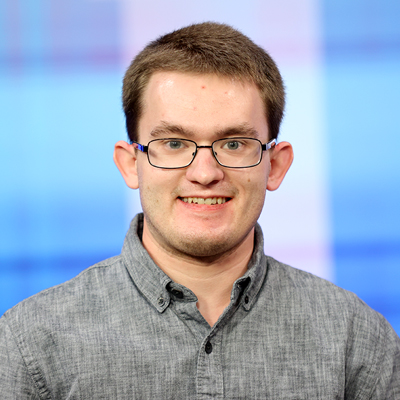