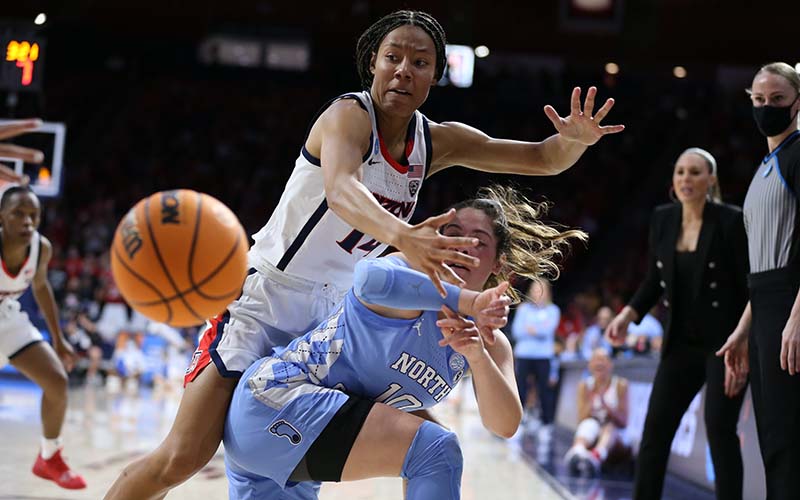 Arizona’s Sam Thomas, left, tries to slow a pass from North Carolina’s Eva Hodgson during the second round of the NCAA Women’s Basketball Tournament at the McKale Center. It was the last game with the Wildcats for sixth-year senior Thomas. (Photo by Mike Mattina/NCAA Photos via Getty Images)

TUCSON – With Arizona headed toward a lopsided loss to North Carolina and the clock counting down the final seconds of her college basketball career, Arizona’s Sam Thomas headed to the Arizona bench.

Wildcats coach Adia Barnes sent in a substitute to give the McKale Center crowd a chance to show its appreciation to the sixth-year senior, who led the Wildcats with 15 points and played in 154 games during her career.

Thomas embraced her roommate Cate Reese at midcourt in a hug, then left the floor to a standing ovation.

The 63-45 second-round loss to the Tar Heels in the NCAA Women’s Basketball Tournament wasn’t the ending to their season that Thomas or the Wildcats had in mind.

“These fans and this team have been everything for me,” Thomas said, her eyes filled with tears. “And obviously, just exiting the court and looking at everyone in the arena knowing it was my last time being on the court as a Wildcat in my uniform. But it’s just knowing that I think the fans are going to follow me on my next adventure in life. They are all like family to me, and they just made this place a great place to be at.”

The Las Vegas native ended her career in Tucson as one of the program’s greats. In addition to holding Arizona’s career records for minutes played, games started and games played, Thomas had the most steals in Pac-12 Conference history with 264 and was selected to the conference’s All-Defense team for a third consecutive season.

Barnes described Thomas as the “perfect player,” who was a major part of the turnaround in the Arizona program that Barnes engineered. So she wanted to give her that last moment with the Arizona faithful.

“That’s why I called that time-out, three seconds, I was going to get her that standing ovation because she deserves that,” Barnes said. “Incredible kid, incredible person, incredible young woman.

“She came to Arizona this introverted shy kid that played the four … that wasn’t heavily recruited, and she left this monster defensive player, stellar academic, stellar academically. Just a role model in every sense of the world, like a role model, that’s what it is.” 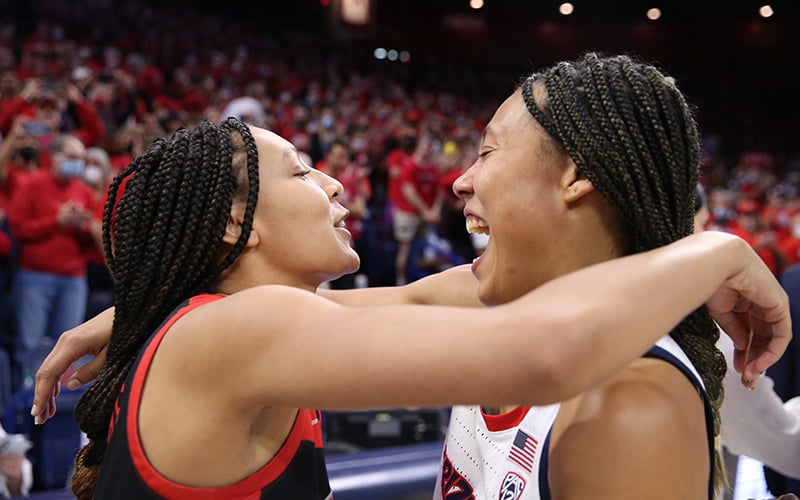 It was a bittersweet moment for Thomas.

“I don’t think there’s words for the experience I’ve had with my time here,” Thomas said. “It’s been anything more than I could have wished for, imagined. Coming in, winning six games my freshman year, and the run we had this year and last year making it in the tournament, it’s been an incredible time.”

Arizona won 96 games during Thomas’ career, including four straight of more than 20. But in her final season, the Wildcats made a habit of getting off to slow starts. They survived another one in the first round against UNLV thanks to some stifling defense down the stretch.

However, this time it was North Carolina’s defensive effort doing the stifling, limiting the Wildcats (21-8) to a season low in points in the first-ever matchup between the two schools. Arizona also shot its third-worst percentage from the field this season (28.8%) and made seven of 27 shots from behind the 3-point arc.

At one point in the first half, the fourth-seeded Wildcats went a span of more than 11 minutes without scoring a basket. Shaina Pellington, who scored 30 points against the Lady Rebels in Saturday’s first-round victory, finished with just three points on 1-of-9 shooting.

Considering what was at stake, Barnes called her team’s performance “disappointing.”
“I think we had a lot of opportunities but just really never converted,” Barnes said. “But North Carolina did a great job. They played well. They disrupted us … (They) didn’t allow us to drive, and we kind of lived and died by the three-point shot in the first half and just couldn’t convert.”
Barnes’ squad has been able to rely on its defense for most of the season, but that failed the Wildcats, too. During the Arizona scoring drought, the Tar Heels (24-6) jumped on the opportunity and went on a 15-0 run that gave them a nine-point lead at halftime.

North Carolina continued to pour it on in the second half behind a career-high 19 points and four assists from Kennedy Todd-Williams and 12 points and 12 rebounds from Alyssa Ustby, who recorded her 13th double-double of the season. The Tar Heels led 51-27 with a little over eight minutes remaining.

“I think they were all difficult to guard today,” Barnes said. “Kennedy handed it to us, Deja Kelly, Alyssa killed us. We couldn’t guard them. Those are the big three we had to guard.”

Barnes conceded that Arizona’s defense lacked its normal intensity. The Wildcats made only six steals, compared to 11 they had against UNLV. And they surrendered twice as many points on the fast break (14) as they had against the Rebels (7).

“There needs to be more of a sense of urgency that I didn’t feel like we had at times,” Barnes said. “.I felt like we lost a lot of 50/50 balls, especially in the first half. I can count like six in my head, and that’s not Arizona. We can’t have the personnel we have starting and miss those things.”

The Tar Heels advanced to the Sweet 16 for the first time since 2015 and are making their 18th trip to the regional semifinals overall. They will face No. 1 overall seed South Carolina in Greensboro, North Carolina Friday at 4 p.m. Arizona time. 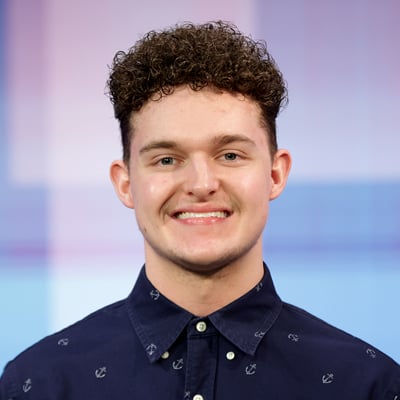