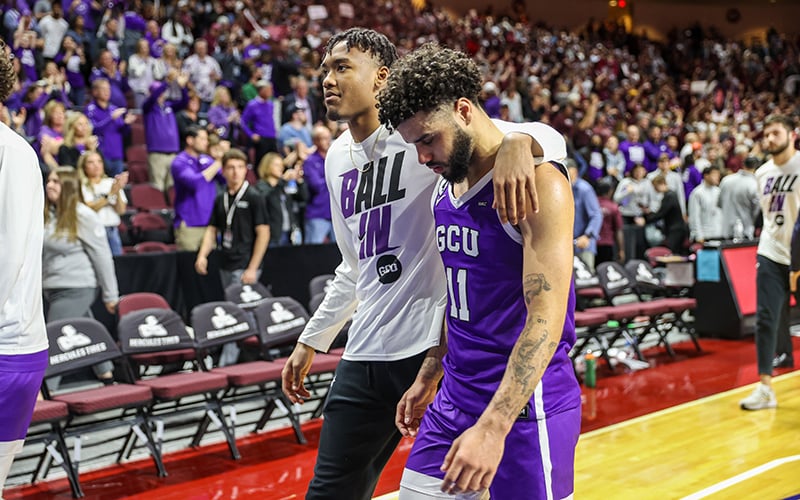 The WAC Tournament loss was a hard one for Grand Canyon University players to swallow, including Holland Woods II, right, who transferred from Arizona State. (Photo by Mary Grace Grabill/Cronkite News) 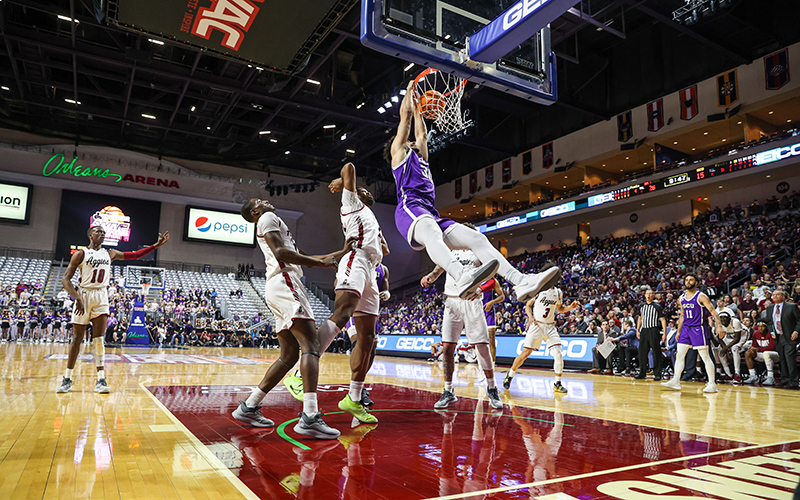 A dunk by GCU Gabe McGlothan energized the many Lopes fans in attendance at the game against New Mexico State. (Photo by Mary Grace Grabill/Cronkite News) 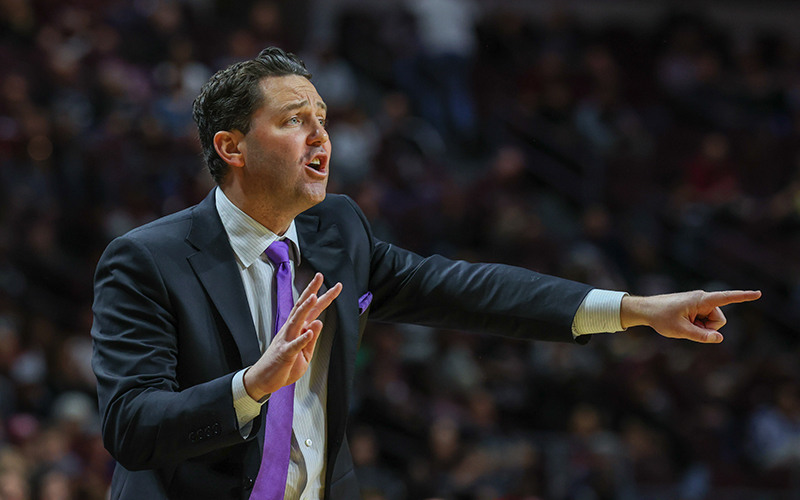 GCU coach Bryce Drew was disappointed in the loss but said he is excited about the amount of returning players next year. (Photo by Mary Grace Grabill/Cronkite News)

LAS VEGAS – One year after reaching their first NCAA Tournament, the Lopes fell in the WAC semifinals to New Mexico State 75-70 Friday.

GCU got off to a slow start, but was able to stay in the game until the final buzzer, getting within one score in the final minute despite trailing by as much as 14 in the first half.

Despite Woods cooling down in the second half, the Lopes wouldn’t let the Aggies pull away, chipping away at a double-digit New Mexico State lead throughout the second half.

“That’s been the joy of this entire season, playing with this team,” Woods said. “Guys stepped up, and despite me only taking five shots (in the second half), that’s when we got right back in the game.” 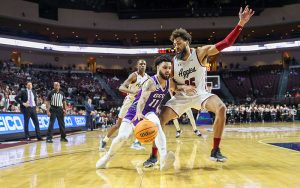 Yvan Ouedraogo led the way for the Lopes with eight rebounds, while Jovan Blacksher Jr. tallied 13 points and five assists.

It is the third time in four years that GCU’s postseason has ended at the hands of New Mexico State. The two teams met in previous three WAC finals, with New Mexico State taking the crown in 2018 and 2019. The Lopes were able to top the Aggies last March.

Despite the loss, the future looks bright for the Lopes, who will be returning much of the core that got them to this point.

“We have seven of our top nine back next year,” Drew said. “And we’re excited for the future of our basketball team.”

The Aggies will take on the No. 6 seeded Abilene Christian Wildcats tomorrow in the WAC final.The winner receives an automatic berth to the NCAA Tournament.