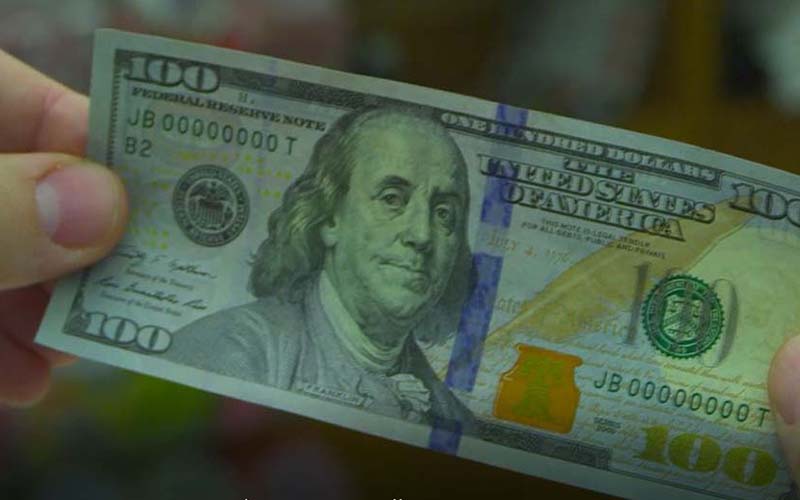 For every $100 that a man earned in Arizona in 2019, a woman on average was paid $83.10, according to the most recent data from the Census Bureau, slightly better than the national gender pay gap of 81% that year. The narrowing of the pay gap slowed that year, and advocates say that it likely widened during the pandemic, when women workers were disproportionately affected. (Photo courtesy Bureau of Engraving and Printing)

WASHINGTON – The wage gap that had been narrowing between men and women stalled in 2019, according to new numbers from the Census Bureau, and advocates fear the situation will only get worse when pandemic-era data is released.

The gap improved in both Arizona and the U.S. as a whole over the last five years, but the pace of change has been slow – and getting slower.

“The most recent research has shown that women in the labor force are at a 33-year low following the pandemic,” said Elizabeth Barajas-Román, president and CEO of the Women’s Funding Network. “At this pace, we won’t close that wage gap until 2157.”

On average, women who worked full time and year-round in the United States earned 81 cents in 2019 for every dollar their male counterparts made. That was down from 81.1 cents in 2018, but still represented a better than 1-cent increase since 2015.

“On a national scale and in Arizona, it hasn’t really been closing that much and it’s been a fairly slow process,” said Hayley Brown, a research associate at the Center for Economic and Policy Research.

The gap is wider and the pace of gains is slower for women of color, disabled or LGBTQ women who experience pay disparities disproportionately to non-Hispanic white women.

“Women earn 83 cents on the dollar, but really that breaks down when we happen to look at race,” said Christian F. Nunes, president at the National Organization for Women. “It’s really a white woman earning 83 cents on the white man’s dollar.”

Nationally, there’s no industry where women’s earnings exceeded men’s, regardless of the worker’s educational background and prior experience.

In Arizona, women did make more than men in 2019 in one field: installation, maintenance and repair occupations, where they earned $1.07 for every dollar a man made. But in every other industry, women fell short.

But the wage gap varied widely by industry in Arizona. Women in farming, fishing and forestry occupations earned 44% of what their male counterparts earned in 2019, for example, while women in health diagnosing earned 59% and women in construction and extraction jobs earned 66%.

The most-popular occupations for women in Arizona were customer service representatives, nurses and elementary and middle school teachers. But even those predominantly women-led industries experienced pay inequity.

“There’s definitely no guarantee that just because an industry or an occupation is women-dominated, that there’s going to be more pay parity there,” Brown said. “There’s definitely a gap for example, in health care and social assistance and in education, where you would theoretically expect that gap to be small to nonexistent.”

The Census Bureau data showed that women educators made 87 cents to male educators’ dollar, and female customer service representatives made 89 cents per dollar.

But experts pointed out that those numbers were from before the pandemic, which hit women workers harder than men.

“Women were impacted, both at the beginning of the pandemic, and now two years in, we’re seeing women at a whole different kind of range also being impacted by the pandemic,” Barajas-Román said. “We know that’s going to have a deep impact on wage equality in the future.”

Experts agree that the pandemic had a negative effect on women workers across the board, but they say it disproportionately affected working-class women, some of whom were furloughed or reduced to working part time, or who were forced to take on extra responsibilities at home.

“The labor force effects were much, much bigger for working-class women than for women with at least a bachelor’s degree,” Brown said.

During his State of the Union address this month, President Joe Biden touted several initiatives he said would help get women back in the workforce, including proposals to cut the cost of child care and expand pre-K education.

Nunes welcomed those efforts, but said much more needs to be done. And soon.

“This is a whole-system issue. There are things that Arizona can do … at the state level to make sure that they’re taking care of their residents,” she said. “You don’t always have to wait for the federal government to do things.”