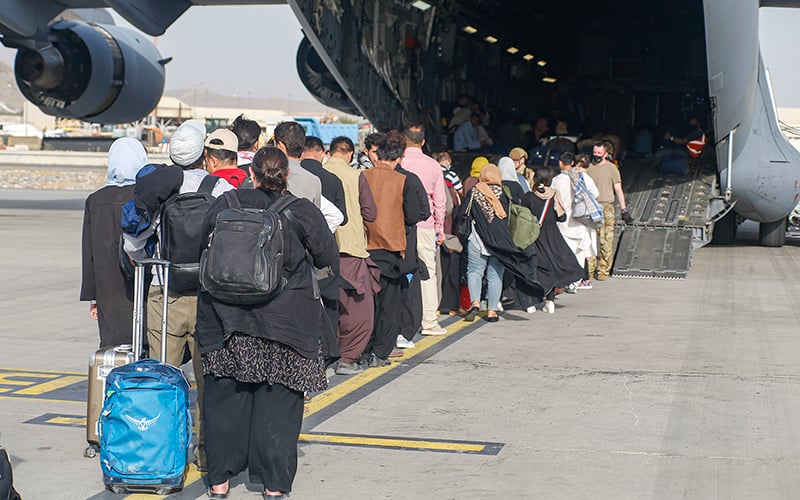 People line up to board a U.S. transport plane during the evacuation of civilians from Kabul, Afghanistan, in August. More than 76,000 Afghans have been resettled in the U.S., with close to 2,000 of those in Arizona – so far. Relief agencies say they expect, and are ready, for more. (Photo Lance Cpl. Nicholas Guevara/U.S. Marine Corps)

WASHINGTON – Refugee resettlement groups in Arizona found homes for almost 1,900 Afghan refugees from the fall of Kabul in August through February, the most the agencies said they have placed in the least amount of time.

And now they say they are ready to place more refugees who are expected to arrive in the coming months, although not at the pace of the first six months.

“The really wonderful news is that the community has just been really supportive overall, we’ve had a waiting list for groups to come in and partner with these families as first friends or what we call co-sponsors,” said Connie Phillips, the president and CEO of Lutheran Social Services of the Southwest. It is one of the private agencies that has worked with the state to find homes for the refugees.

Arizona Department of Economic Security spokesperson Tasya Peterson said that 1,882 Afghan refugees had arrived and been resettled in the state as of early February, part of the 2,055 that state officials were expecting to receive in the first phase of the Department of Homeland Security’s Operation Allies Welcome. 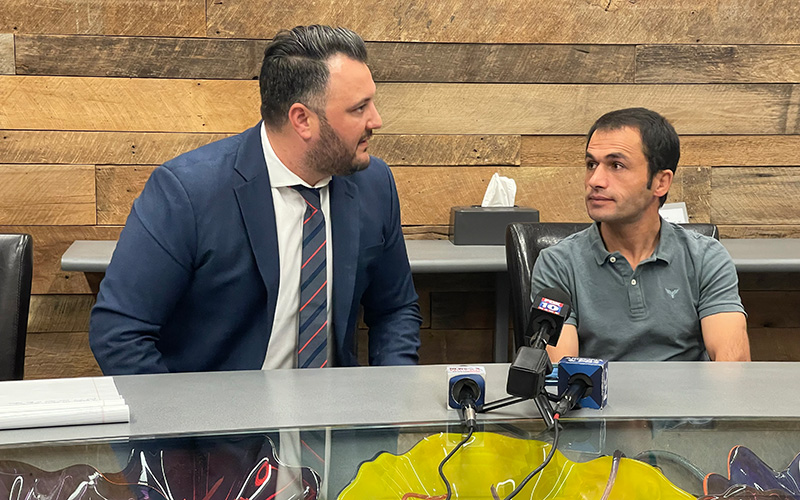 'Living in the hell': Interpreter is one of hundreds of Afghans resettled in Arizona

The Afghan refugees in Arizona are just a fraction of the 76,000 who had been processed by the U.S. through February. The federal government said it expects to process an additional 2,000 Afghans nationwide per month beginning in March, Peterson said, but it is not yet known how many of those refugees will end up in Arizona.

Of the 1,882 refugees that had been settled in the state as of Feb. 3, the most recent data for which numbers were available, 1,360 refugees had landed in Maricopa County and the other 522 settled in Pima County with the help of groups like Phillips’.

“We greet them at the airport, we take them to either a temporary or a permanent home or apartment that’s been set up for them, and then we help them to get enrolled in school, gain employment, get all the documents they need and get health care,” Phillips said.

She said her group had worked with 334 refugees in Phoenix and 137 in Tucson through Operation Allies Welcome, in addition to 30 walk-in refugees who arrived in the U.S. with help from family members. She said the organization has never resettled this many refugees in this short of a time.

But finding a new home is just one of the many challenges ahead for refugees as they adjust to their new lives in Arizona, Phillips said.

“They were living their lives, they were doing work and all of a sudden their world fell apart and they, in a very chaotic manner, had to leave their country,” she said. “So, they are in a period right now of adjustment and trauma. They’re still in shock (about) what’s happened.”

Yael Schacher, the deputy director for the Americas and Europe at Refugees International, said that while the majority of the 76,000 refugees processed so far have been resettled in communities across the country, their futures are still uncertain. 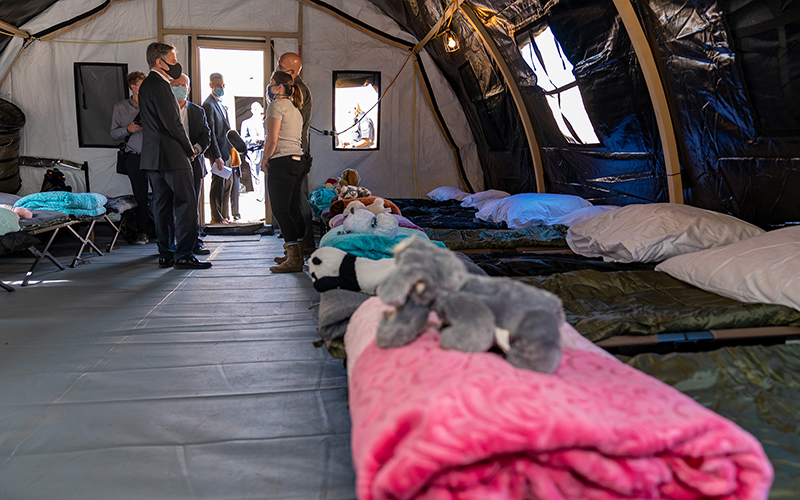 Secretary of State Antony J. Blinken tours evacuation operations in September for Afghan refugees at Ramstein Air Base in Germany, the first stop for many evacuated from Afghanistan. (Photo by Ron Przysucha/U.S. State Department)

“They’re on humanitarian parole status, which means that they’ve been admitted for two years,” Schacher said.

“Some of those people have applications for Special Immigrant Visas, or are the family members of people who have those applications,” she said. “But some of them are just on parole, which means that they have no clear path to immigration or permanent status in the United States.”

Those who are on humanitarian parole do not hold visas, and are not eligible for most public assistance programs, according to DES. Afghans who were processed as refugees are eligible for all benefits of a U.S. citizen, as well as refugee assistance benefits, Schacher said.

Additionally, the Department of Housing and Urban Development is offering federal funds to support refugees in finding affordable housing, which is a challenge in Arizona.

“Housing is the big issue for a lot of Afghans, like finding permanent housing or low-cost housing,” Schacher said. “It’s really hard just to be able to find a permanent place to live in a tight rental market where there’s not a lot of affordable housing.”

Schacher said the number of refugees entering the U.S. has slowed over the past few months, as it’s been difficult for people to find flights out of Afghanistan. Even those who escape to other countries are often denied humanitarian parole, which nearly 40,000 people have applied for. 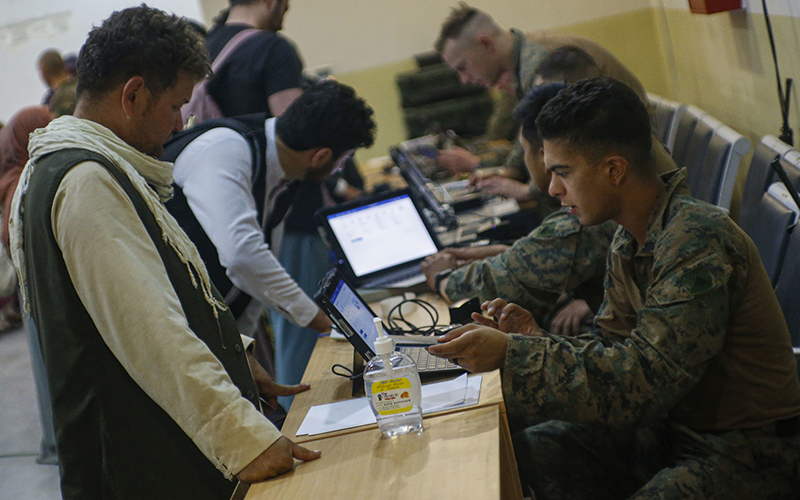 While the federal government is still working to bring more refugees in, it has closed seven of the eight bases where Afghan refugees had been sent to be processed before resettlement.

Peterson said DES and its partners are prepared to take any Afghans who will be resettling in Arizona, even though they do not know how many to expect in the coming months.

“(The Arizona Refugee Resettlement Program) continues to work closely with the local resettlement agencies, the Afghan Associations, federal partners, and community stakeholders to assess and coordinate assistance and response to OAW Afghans who are making Arizona home,” Peterson said in an emailed statement.

Phillips said the local agencies and communities should celebrate all the hard work that has been done to make Arizona a home for refugees.

“We’ve had so many people who want to help and that’s been a really wonderful aspect of this, just to see the openness of our community to support these folks,” she said. “I think that’s something of which we can really be proud.”