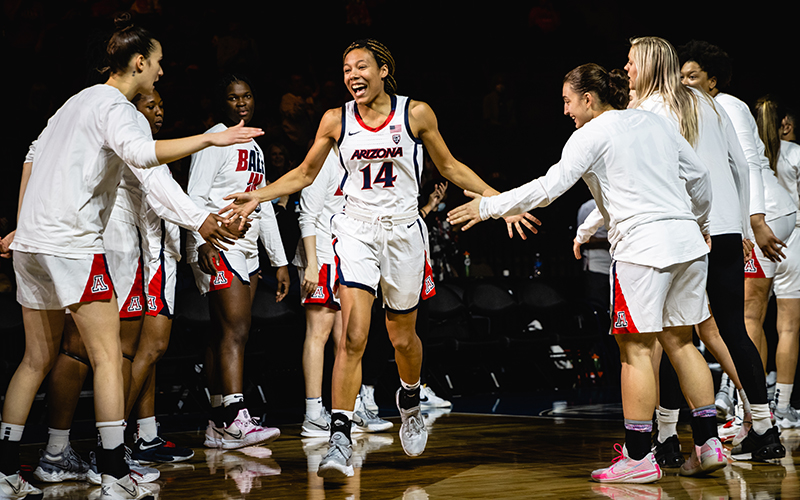 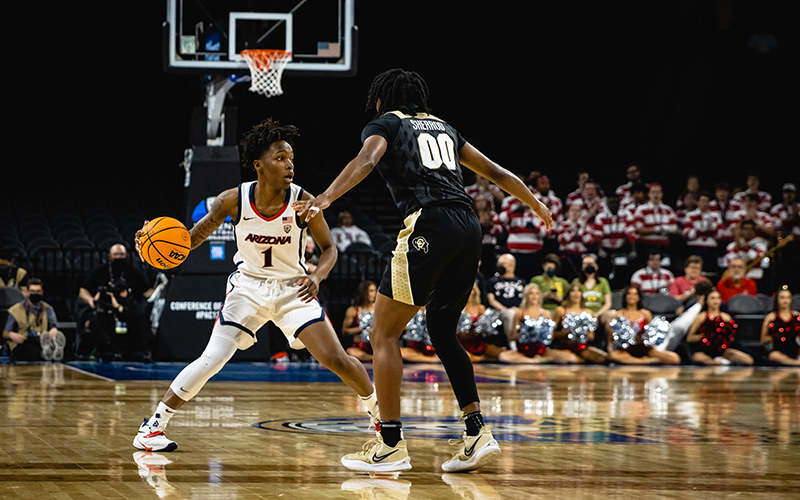 LAS VEGAS – The month of March in the sports world is chaotic. Football is over, baseball is on the way back (usually) and college basketball’s greatest moments are made in tournament play.

From shocking first round bounces, to Cinderella storybook endings, college basketball is an agent of chaos.

The faithful fans of the Arizona Wildcats traveled in numbers to see their women’s team hit the floor for its first matchup of the Pac-12 Women’s Basketball Tournament against Colorado.

It wasn’t enough, however, as the Wildcats fell to the Buffalos 45-43 Thursday in a classic display of defense and intensity on both sides.

The energy was felt from the tip. As soon as Arizona won the jump, fans erupted into a “U-OF-A” chant. The crowd, overwhelmingly in favor of Wildcat nation, played a hand in this one.

“It felt like a home game just because of all the Tucson fans that came out, made this drive, flew down here,” she said.

Atmosphere, stakes and anxiety. The three key components of any college contest in March. Hanging onto every risky pass, every shot that goes in-and-out, and every foul called. It all heightens the emotions to eleven.

When Arizona forward Lauren Ware opened up the scoring with a layup, it sounded like she just hit a game-winning buzzer-beater from deep 3-point range.

The bright lights of Las Vegas did not penetrate the eyes of Colorado, though. The Buffaloes came to play, and they came to win.

“We obviously went to Arizona this year and played there, and this gym was nothing like that because they had way more fans at the Arizona gym,” Colorado’s Kindyll Wetta said.

“Yes it’s a little bit intimidating. But at the end of the day, we just knew that we had to get what we needed to do and handle our business,” she added.

Without the Wildcats’ best offensive player, Cate Reese, on the floor due to injury, Colorado was daring Arizona to shoot. If the Wildcats came inside, there was a swarm of defenders ready to greet them. 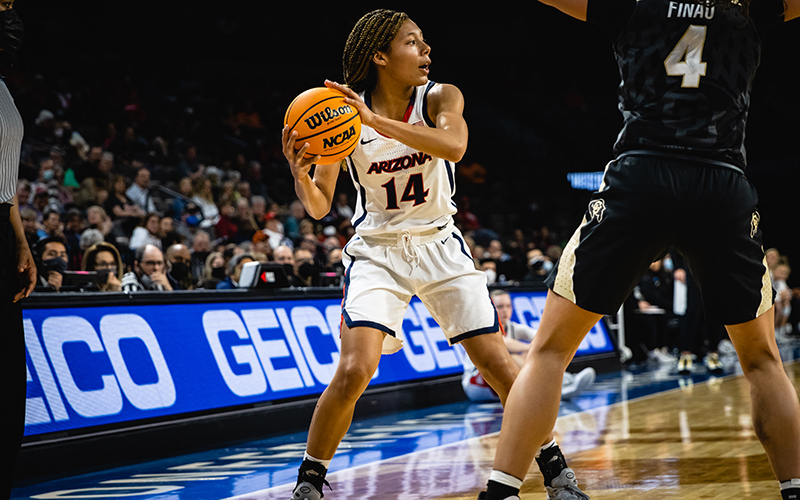 “Reese is a really great player, one of the best players in this conference,” Colorado coach JR Payne said.

“We just knew that we had to be the aggressor, offensively and defensively,” Payne added.

You could feel the physicality of both teams all game. The first quarter consisted of five team fouls on each side. It was in-your-face, vacuum-sealed defense with a healthy mix of contested shots.

“We didn’t find a way to penetrate the zone. But then it’s like, there’s nowhere to penetrate because they were so packed inside, and we weren’t hitting shots,” Wildcat coach Adia Barnes said after the game.

Shooting was certainly a struggle early on. Colorado started 2 of 13 from the field, and Arizona 2 of 9. A score of 10-9 in favor of Arizona wasn’t exactly what fans imagined when they saw two 20-plus win teams facing off.

“I told the team, ‘You guys can’t all be cold at the same time,’” coach Barnes said.

But again, it’s March. Anything goes.

The Wildcats doubled-down on their defensive efforts in the second quarter. Double teams, forcing travels and ill advised passes, and a crowd that was feeding right into that mindset.

The Wildcat offense picked up the pace as well. Points off turnovers and getting out in transition was the winning formula. Colorado had four turnovers in the first four minutes of the second quarter, and Arizona took advantage. It got out to a 19-11 lead with six minutes to go in the half.

“I felt in the first half that we were going to kind of pull away, but we never could quite do it,” Barnes said.

The gods of March wouldn’t allow them to run away with it. Colorado scored three quick layups with equally intense defense that led to transition points.

Barnes was walking the sideline in her usual calm and collected manner, not getting too high or too low.

The matchup between the fourth and fifth seeds was starting to live up to the expectations. Colorado’s run of stifling defense and physical offense to close out the first half earned them a two-point lead going into the locker room. 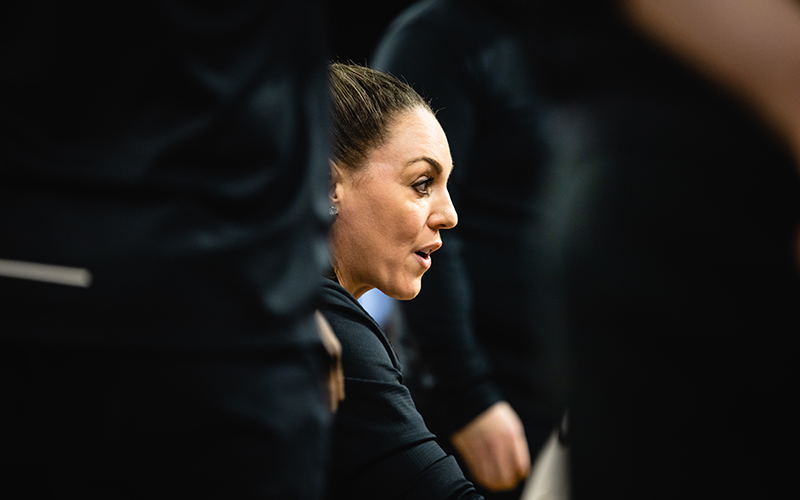 Arizona head coach Adia Barnes walks away from the loss to the Buffaloes discouraged but is looking forward to the NCAA Women’s Basketball Tournament. (Photo by Susan Wong/Cronkite News)

After an unapologetic cover of the Bee Gees’ hit song “Stayin’ Alive” by the Australian Bee Gees during the break, the second half was underway.

A couple of quick threes by Colorado’s Mya Hollingshed started the scoring for the Buffs.

Colorado was swarming to the ball. Every movement for Arizona looked uncomfortable and unscripted.

“We definitely turned up the defensive pressure and I think we were pretty disruptive in our zone today,” coach Payne said.

As the clock wound down in the third quarter, Arizona needed a spark down 31-24. Arizona’s big body off the bench, Aaronette Vonleh, came in for an immediate impact. She got a steal in the first trip down the floor and scored a layup in the same sequence.

A bucket at the very end of the quarter put Colorado back up by seven, 33-26.

Scott Hanson of NFL Red Zone has coined the phrase “the witching hour.” The time in the game “where wins become losses, and losses become wins.”

A three by Shaina Pellington for Arizona ignited the crowd, making it a 35-31 contest. Colorado proceeded to answer right back with a three of its own, keeping the crowd at bay.

A pair of free throws by Lauren Ware put the deficit back to five.

Immediately followed by back to back steals by Taylor Chavez in the full court press, and another foul for two more free throws and a layup after that.

The crowd went into a frenzy, deafening any thoughts in your head. Timeout Buffaloes.

Shockingly, the full court press worked again, forcing the inbound pass to go out of bounds.

Arizona’s Koi Love took a layup inside for two. Wildcats by one.

Pellington stole another pass, scored another layup, Arizona by three. A layup by Colorado cut it to one.

“We talked about how we’ve been in this situation before,” Mya Hollingshed said.

“Coach J talked about not catching it in the deep corner to be trapped, and we reiterated that in the huddles and timeouts,” she added.

When asked about the full court press, coach Barnes said, “I thought we probably should’ve done that a little bit earlier because we did turn them over.”

Colorado’s Frida Formann hit a layup off of a turnover to give Colorado the lead back. Buffs up one with three minutes to go.

This is it. The witching hour.

Everyone’s on the edge of their seat, if they’re even still sitting.

A pair of free throws for Arizona made it a two point game with under a minute to go.

A poor possession by Colorado gave the Wildcats the ball back with 15 seconds to go. They couldn’t get a shot to go. Buffaloes ball with 4.2 seconds left.

A miraculous steal off the inbound by Ware somehow gave Arizona the ball back with two seconds remaining. A timeout by coach Barnes advanced the ball into the halfcourt.

It came down to the last shot. But it’s March, what do you expect?

The inbound pass went to Shaina Pellington on the wing behind the three point line.

She turned and fired… Wide right, no good.

“The margin of error is very slim at this time of year,” Barnes said.

“It’s those things. They accumulate at the end of the game, and you lose by two points.” 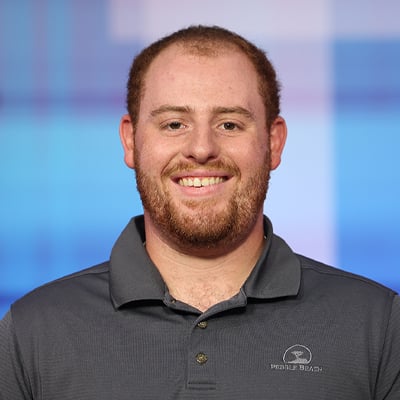