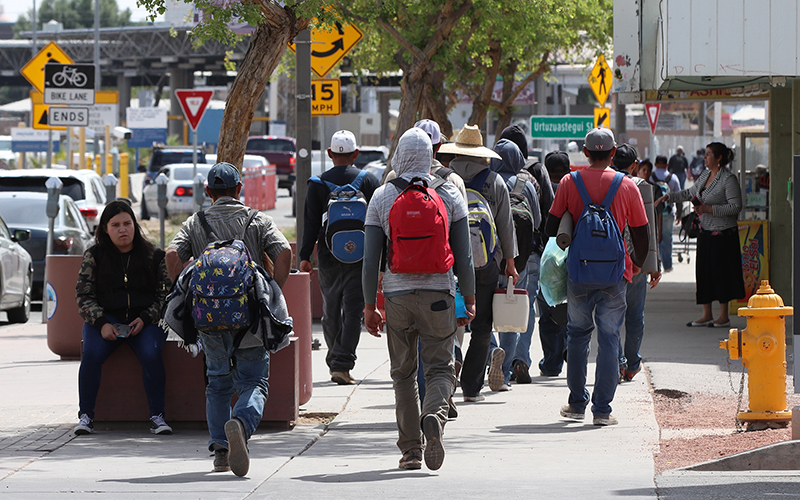 The San Luis Port of Entry is a major pedestrian crossing, with thousands of workers and students crossing the border there every day. But long delays can discourage workers and stall goods and produce at the port, which is now set for a major upgrade. (File photo by Julian Hernandez/Cronkite News)

WASHINGTON – Arizona is set to receive at least $315 million for improvements to three ports of entry along the Mexican border, money that officials say is badly needed to ease cross-border trade while improving border security.

The funds are Arizona’s share of the $3.4 billion in federal funding that will be used at 26 land ports of entry on the northern and southern borders, which in turn is part of the $1.2 trillion Infrastructure Investment and Jobs Act approved last fall.

The General Services Administration announced Friday that $200 million is expected to go to a new commercial port in Douglas, $115 million is budgeted for modernization of the San Luis I port and a still-undetermined amount for the Raul Hector Castro port, which is also in Douglas.

“This funding is a big deal for the region and our state as a whole,” said Annie Vogt, spokesperson for the Arizona Chamber of Commerce. “Not just from an obvious national security perspective, but also from a commercial perspective.”

Port delays affect everything from the shipment of produce to the crossing of farmworkers who pick that produce, from customs safety to supply chain issues that can eventually drive up the prices consumers pay.

“The greater the efficiency of our ports, the better it is for U.S. consumers,” Vogt said. “We’ve seen how the cost of shipping delays is getting passed on to shoppers in stores, so improving these ports and ensuring they’re more efficient is a win for really all of us and our pocketbooks.” 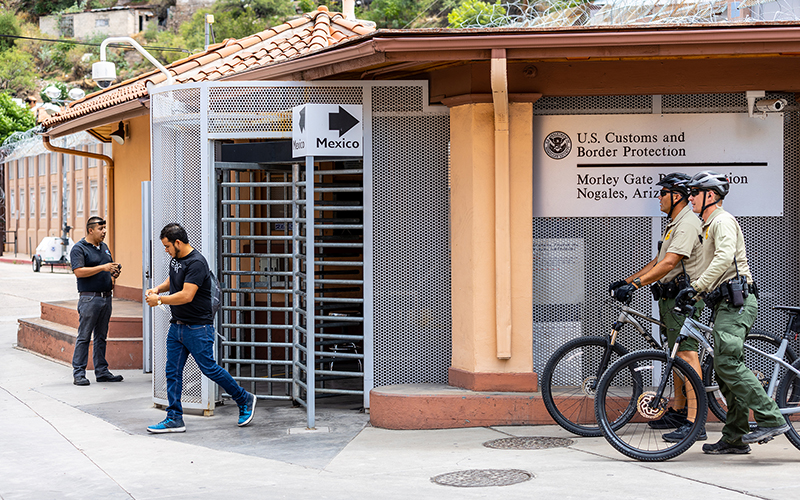 Twenty of the 26 projects identified by the GSA are on the Canadian border, with the southern border projects divided between three in Arizona, two in Texas and one in California. Not all of the projects had price tags attached and the GSA did not release detailed schedules for the work.

“These are long-term investments,” said GSA Administrator Robin Carnahan during a press briefing Thursday. “But there are some instances, like Calexico and San Luis, that we actually hope to have contracts awarded by the end of this year.”

The San Luis project aims to improve the primary border crossing for Yuma-area farmworkers. The port was not designed to handle its current amount of traffic, leading to long wait times that can dissuade Mexican workers from seeking jobs across the border. It can also mean that trucks carrying produce get stuck idling for hours at a time.

“Having people and produce sit for hours at a time at a port of entry is not efficient,” said Robert Medler, government affairs manager for Western Growers. “That port in particular is integral to Yuma County’s and Arizona’s economy to have safe, efficient, cross-border travel and trade.”

The Castro crossing handles commercial and noncommercial traffic in a facility that is old and not big enough to meet current demands. The complex, which dates to 1933, has one building that is on the National Register of Historic Places and it was last expanded in 1993, according to a GSA fact sheet.

Not only is the facility too small “for U.S. Customs and Border Protection’s current mission,” but the GSA said it forces truck traffic through the “same undersized commercial vehicle inspection compound, which slows traffic and poses safety hazards.” Initial plans call for the demolition and reconstruction of parts of the complex to “replace the systems and buildings that are undersized and well beyond their useful life.”

The Castro work will not begin until traffic can be shifted to a new port dedicated to commercial traffic at Douglas, a $200 million project that is “long overdue,” according to Rep. Raúl Grijalva, D-Tucson. 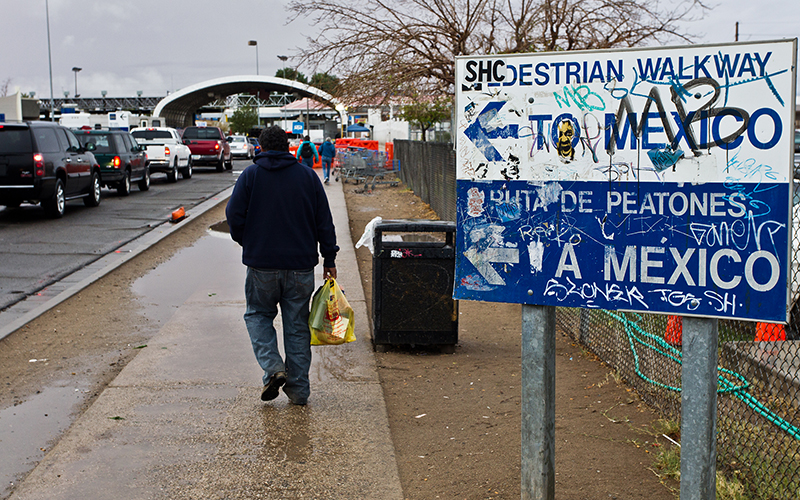 A sign points to the pedestrian crossing to Mexico at the San Luis Port of Entry, which is due for a $115 million upgrade, federal officials announced this week. (Photo by Josh Denmark/.Customs and Border Protection)

The GSA said the new port will allow for oversized mining equipment and chemicals to cross the border safely. Grijalva said the new Douglas port will shift commercial traffic away from the middle of the city, while making it easier for CBP officers to do their jobs.

“The whole issue is to expedite movement of goods, services and people… in a secure way,” Grijalva said. “That’s the kind of investment we need to be making.”

But he said there is a larger benefit to this type of investment – it brings jobs. Construction jobs in the short term as well as longer-term jobs tied to the economic activity that an improved port can spur in the region.