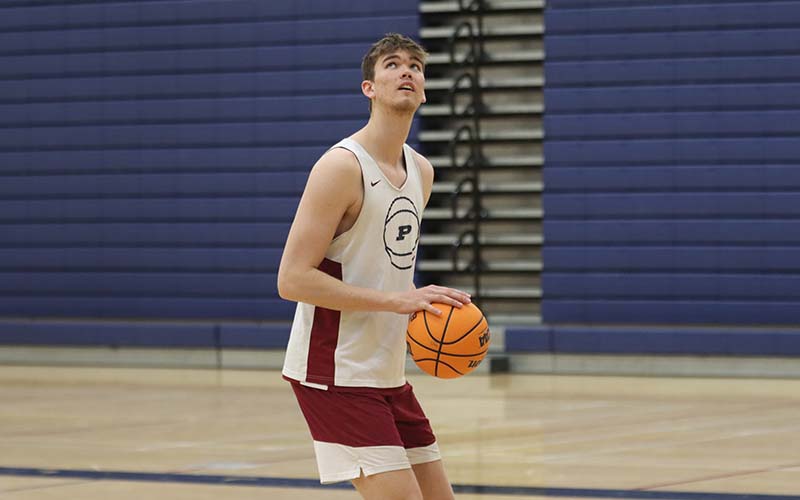 Although he picked up a basketball just five years ago, Dylan Anderson has become one of the premier prospects in the state. (Photo by Hogan Armstrong/Cronkite News)

GILBERT – At 7 feet tall, Perry High School senior center Dylan Anderson is used to people asking, “What’s the weather like up there?” or “Can you grab this off the top shelf?” He is accustomed to having to duck under door frames or showerheads and not being allowed on amusement park rides because he’s too tall. But until relatively recently, he wasn’t well-acquainted with basketball.

He is now. Brophy Prep will get a firsthand look at the University of Arizona-bound center Friday when the two teams meet in a 6A boys state semifinals.

Anderson always has been tall for his age, but he didn’t naturally gravitate to basketball. Football was his first love. He wanted to be a gridiron star, and at 12 he stood literally head and shoulders above his peers as a 6-foot 5 wide receiver. But Anderson’s father was the head of the league, and to keep it fair Anderson was thrown the ball only every so often.

His dream was to play quarterback, but he was dissuaded by a former football coach – now family friend – the popular comedian Frank Caliendo who suggested he switch his allegiances to basketball.

“He wanted to be a quarterback,” said Caliendo, known for his NFL broadcasting cameos, “and I was like, ‘Your knees are at everybody else’s waist, you’re going to be destroyed. Stop playing right now. It’s over and go grab a basketball.’”

In the eighth grade, Anderson took Caliendo’s advice and picked up a basketball. Five years later, Anderson has grown into one of the premier prospects in Arizona high school basketball.

As a freshman, Anderson was already playing varsity ball, and he hasn’t relinquished his starting spot since. When he arrived at Perry, Anderson was already 6 feet 10 but skinny, Perry coach Sam Duane said. With time, Anderson filled out and proved he was more than just a tall kid. He actually had skills that separated him from the crowd.

“Dylan has made us a better team,” Duane said. “He can score at all three levels, so it makes him very difficult to guard.” 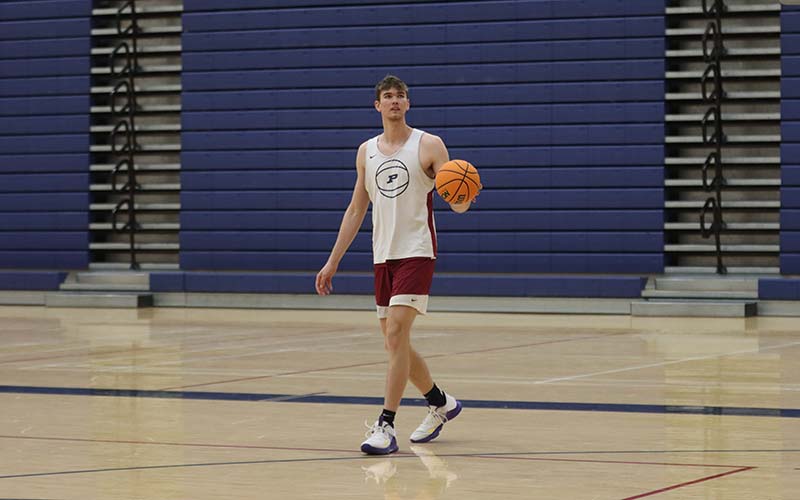 Even though he excels at basketball, Anderson’s first love was football. At 12, he was a 6-foot 5 wide receiver. (Photo by Hogan Armstrong/Cronkite News)

“It feels great,” Anderson said. “It feels like the work that me and my dad have always put in is paying off.”

Because of his size, Anderson finds it easier to do certain things such as blocking shots and grabbing rebounds. But his true competitive edge, he believes, comes from the work that he has put in to become a more fundamentally sound player.

Anderson’s abilities and huge upside attracted the attention of Tommy Lloyd and his coaching staff at Arizona, a perennial basketball powerhouse. Anderson, a four-star recruit, committed to play college ball in Tucson after he graduates from high school in the spring. He expects to succeed on the Pac-12 stage and he is not the only one to have expressed that belief.

“I think he is going to be a great fit at U of A,” Duane said. “Tommy Lloyd and his staff are known to develop their big guys and I think they keep him on his development and keep him getting better and better and better. 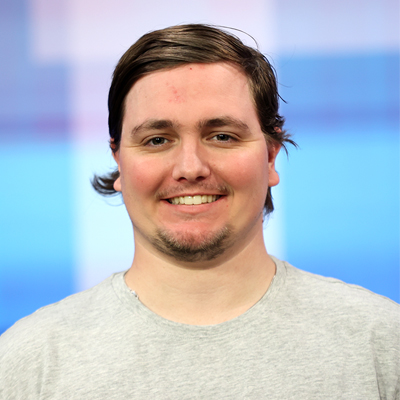