His comments came as Arizona and other states argued that they should be allowed to defend the Trump administration’s interpretation of the “public charge” rule, which the Biden administration has refused to defend in court. That rule allows the government to deny permanent resident status to immigrants who could become dependent on public assistance in the future.

Brnovich argued that not only did the administration circumvent the Administrative Procedure Act by dropping its defense of the rule in court, but that states have a right to defend it because it has “saved the states collectively more than a billion dollars per year” in public support.

But an attorney for the government disputed the impact, saying that just five of the more than 50,000 immigrants who were reviewed under the rule were found to be potential public charges.

And justices appeared to grapple with the issue, questioning Brnovich repeatedly during 30 minutes of arguments on whether there were better avenues for the states to pursue if they wanted to defend the rule. Or even whether states should be allowed to do it.

The adverse rulings were a series of court cases that were filed in 2019, after the Trump administration tightened the public charge rule, which has been on the books for more than a century. Many of those cases went against the administration, including a U.S. District Court in Illinois that blocked imposition of the Trump rule nationwide.

The Trump administration moved to challenge those rulings, one of which had made its way to the Supreme Court. But when President Joe Biden took office in 2021, his administration dropped all those court challenges. That effectively blocked the policy nationwide, putting it back to its 1999 interpretation, without having to go through the normal complex process of federal rule-making.

Brnovich said that effectively let the government skirt the APA and the “notice and comment” process it requires when making policy – an argument picked up by Justice Samuel Alito.

“I congratulate whoever it is in the Justice Department or the executive branch who devised this strategy and was able to implement it with military precision to effect the removal of the issue from our docket and to sidestep notice-and-comment rulemaking,” Alito said. “I’m not aware of a precedent where an incoming administration has done anything quite like this.”

Arizona led 12 states attempting to intervene in a case from San Francisco, in which the city and county successfully sued to block the public charge rule. But the 9th U.S. Circuit Court of Appeals denied the states’ request – despite a dissenting judge who said the administration’s ploy of dropping legal challenges made the rule disappear “faster than toilet paper in a pandemic… without the messy public participation generally required to change a federal rule.”

Justices Wednesday questioned Brnovich on why the state tried to intervene in the San Francisco case – which did not apply to Arizona.

“I’ve seen how Los Angeles has spread, but I don’t think it’s yet spread to Arizona,” Justice Stephen Breyer said. “So there’s nothing around that actually says anybody has to do anything in Arizona.”

Several justices also asked Brnovich why he tried to intervene in the 9th Circuit when the Illinois case – which is in the 7th Circuit – has nationwide impact. Or why he simply did not file suit claiming the Biden administration violated the APA.

“I’m so totally confused about why the suit is here, and not either an APA suit, or simply a 7th Circuit suit,” said Justice Sonia Sotomayor.

Justice Brett Kavanaugh disagreed with Brnovich’s characterization of the case as unprecedented saying, “it’s very much not unprecedented, as Justice Thomas said, for the government to acquiesce in an adverse judgment invalidating a rule.” 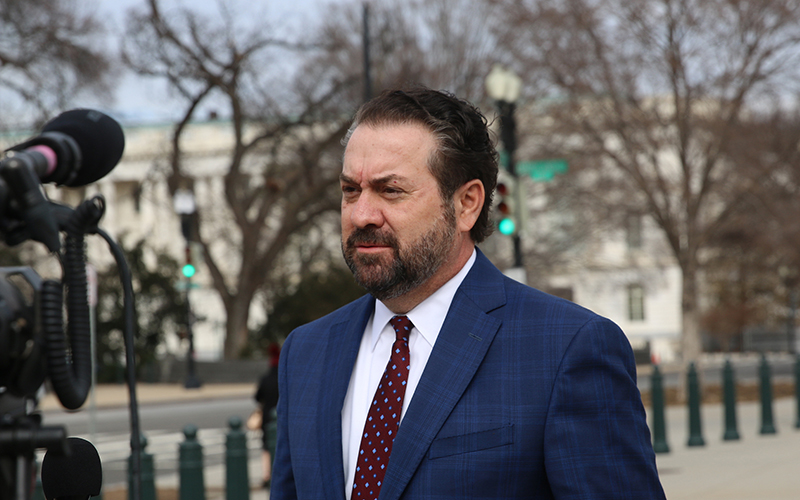 Arizona Attorney General Mark Brnovich leaves the Supremc Court on Feb. 23 after arguing that states should be allowed to defend the Trump-era public charge rule that the Biden administration has dropped. (Photo by Emily Sacia/Cronkite News)

Besides challenging Brnovich’s claims on the economic impact of the rule change, Brian Fletcher, the principal deputy solicitor general who argued the case for the government, said the Justice Department has the right to decide what cases it will defend.

Fletcher also noted that the Department of Homeland Security announced Feb. 17 that it plans to change the public charge rule, following the APA’s notice-and-comment requirements.

But Chris Hajec, the director of litigation at the Immigration Reform Law Institute, which filed a brief in support of the states, said the government was “collusive” in the way it declined to defend the rule in order to avoid notice and comment.

“The states have a financial interest that’s at stake here and the federal government’s no longer representing a true opponent to the plaintiff,” he said.

Muzaffar Chishti, a senior fellow at the Migration Policy Institute, said the argument that the administration colluded to avoid notice-and-comment is a political one, which is not likely to sway the court.

“They made this very, very unusual argument that this was effectively a collusive arrangement between the blue states and the blue cities and the Biden administration … Now that’s a political argument, that’s not a legal argument,” Chishti said. “So I think they probably are on thin ice.”

While he was careful not to predict what the justices will do, Brnovich said after the hearing that he felt the arguments went well and that he looks forward to defending the rule if the court decides in his favor.

A decision is expected before summer, when the court adjourns its 2021 session. 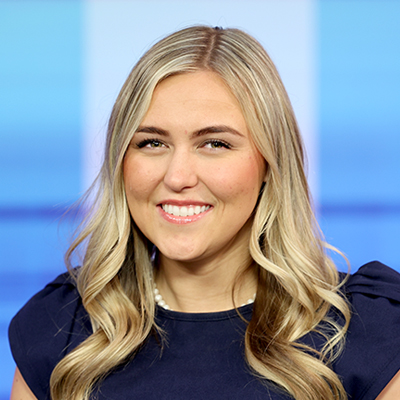