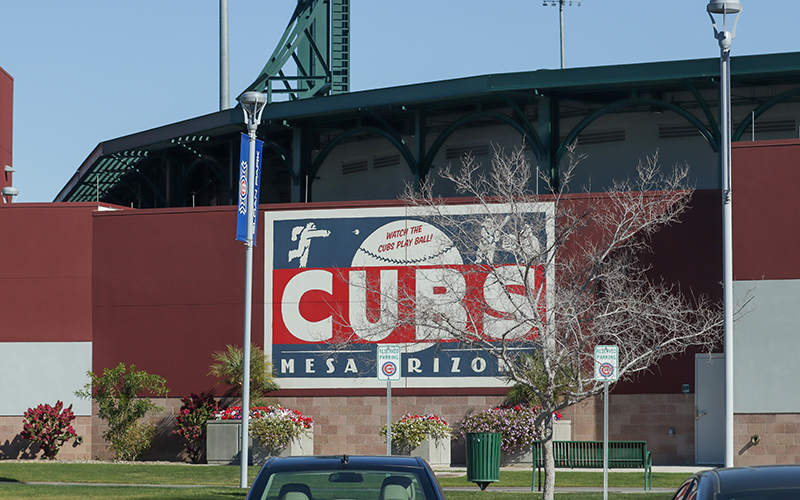 Sloan Park in Mesa sits empty on what was supposed to be the second day of spring training. Negotiations related to Major League Baseball’s lockout continued Thursday. (Photo by Wesley Johnson/Cronkite News) 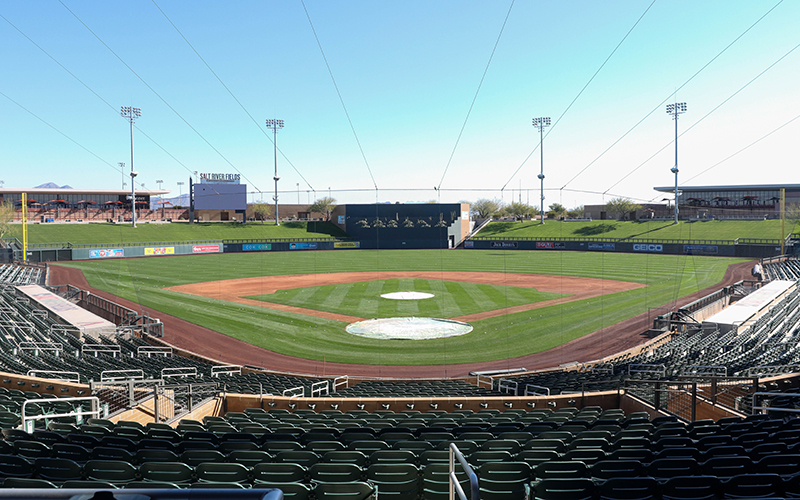 Baseball’s stoppage means it is unlikely exhibition games will start as scheduled on Feb. 26 and ballparks include Salt River Fields could remain empty. Opening Day on March 31 could also be delayed. (Photo by Susan Wong/Cronkite News)

PHOENIX – The arrival of spring in Arizona typically means one thing. Baseball is here.

Fans from all over gather to see their teams gear up for a marathon 162 game season at spring training. From young stars trying to make the team to iconic veterans signing autographs by the hundreds, spring training is a haven.

“The month of March in Arizona is the biggest month of the year,” said Jeff Barbera, 35, general manager of RnR Gastropub in Scottsdale.

But even as the weather warms up to 80 degrees and the sun shines more brightly, a frozen winter carries on for baseball.

A work stoppage has delayed the start of the 2022 season’s spring training. Pitchers and catchers from 15 Cactus League teams that were supposed to report Wednesday and Thursday didn’t. Businesses are concerned.

“It’s a tremendous driver of tourism, which is a huge driver of the state’s economy,” said Bridget Binsbacher, executive director of the Cactus League.

It feels eerily similar to “The Long Night” from George R.R. Martin’s hit series Game of Thrones. The Long Night was a cold, dark and enduring winter that spanned an entire generation that ended in a “Battle for the Dawn,” with spring following soon thereafter.

In the world of Major League Baseball, this 2021-2022 offseason is the Long Night.

This Long Night began at 9:59 p.m. MST on December 1 when the collective bargaining agreement between MLB and the MLB Players Association expired. The owners instituted a lockout immediately and it’s been a cold winter ever since.

“Our owners fully understand how important it is to our fans that we get the game on the field as soon as possible,” MLB commissioner Rob Manfred said at a press conference in Orlando.

The clock is ticking, and it’s close to striking zero on spring training with no end in sight to the stalemate between owners and players.

“Where the clubs have been and remain unwilling to move is in response to player proposals that we believe will undermine the competitive balance in our game,” Manfred said.

The players’ association is fighting for more important issues than just their own, including asking the owners to decrease revenue sharing to combat that same “competitive balance” Manfred referred to in his press conference.

Associate player representative and former Diamondbacks pitcher Max Scherzer took to Twitter to let the public know what is at the heart of the fight.

“We want a system where threshold and penalties don’t function as caps, allows younger players to realize more of their market value, makes service time manipulation a thing of the past, and eliminate tanking as a winning strategy,” he said.

That was sent out on February 4 and the needle hasn’t moved much since. Whether it’s the luxury tax threshold, or a salary floor to put more money in young players’ pockets, the two sides do not seem to be on the same page.

A struggle was foreseen – and a lockout considered inevitable. What was once a nightmare has now become reality for baseball. 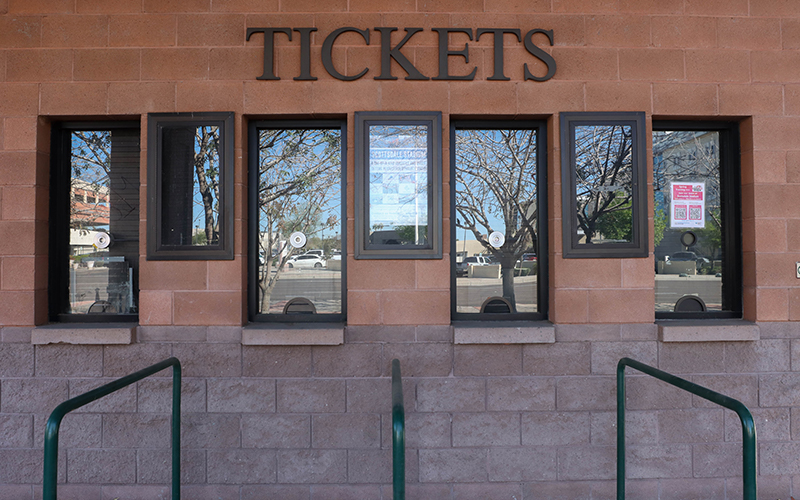 A delay or cancellation of spring training could significantly affect the Valley’s economy. The 2020 Cactus League season generated an estimated economic impact of $363.6 million before being suspended due to the COVID-19 pandemic. The 2018 season brought in almost double that. (Photo by Susan Wong/Cronkite News)

Despite what the outdoor thermometers say, Arizona feels unusually chilly at this point in the year. The frost in the air and the clouded future of spring training, the season, and the sport as a whole is concerning.

“Like everyone else anticipating spring training, we’re waiting for confirmation on the outcome of those negotiations,” Binsbacher said.

MLB hasn’t been in communication with its Arizona-based Cactus or Florida-based Grapefruit spring training leagues, Binsbacher said, and has offered no updates on the timetable.

It took 43 days for either side to meet and propose anything, and the owners and players have had only a handful of meetings.

With spring training games scheduled to begin February 26, the players’ association has to make a move. Otherwise, the barren lands that are the Arizona and Florida spring training facilities may stay that way for another year.

Pitchers and catchers were supposed to report to camp on Tuesday. That didn’t happen. Instead, minor league players have been getting their work in at the Cactus and Grapefruit League facilities.

“With all the unusual circumstances and obstacles that we’ve faced, we were really excited to have a regular season … and be a part of Arizona’s recovery,” Binsbacher said.

But there is nobody to watch. The clubs have opted to not open their doors to the public before the pros get there.

To add to the urgency, the players’ spring paychecks may be in jeopardy. Last week, a lawyer from MLB stated in court that minor leaguers at spring training should be considered “trainees” and that the teams shouldn’t have to pay them, Evan Drellich of The Athletic reported. 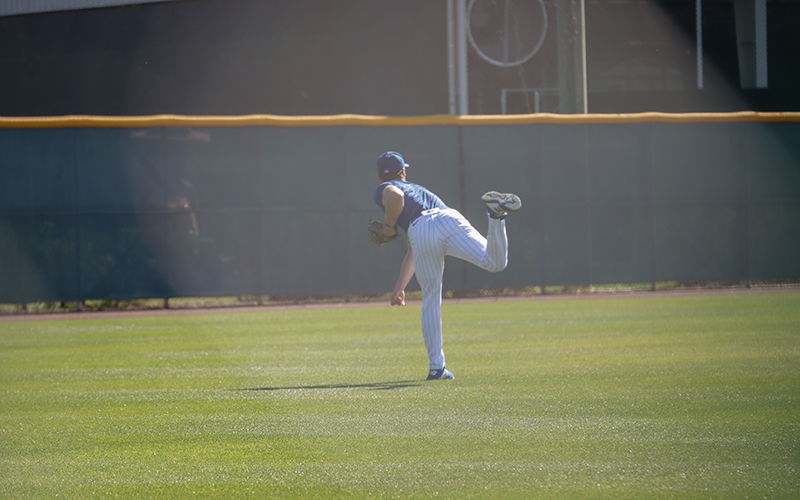 “During the training season, the players are not employees, and would not be subject to either the Fair Labor Standards Act or any state minimum wage act,” said Elise Bloom of Proskauer Rose, a firm advising MLB during the negotiations.

The term “spring training” means a lot to the people of Arizona and Florida. It means a lot to fans of the 30 teams to either drive from their homes, or fly in from their respective corners of the country, to enjoy the beginning of what is a long season.

“It’s a tremendous driver of tourism, which is a huge driver of the state’s economy,” Binsbacher said.

In 2018, widely considered the last “normal” year of the Cactus League, spring training generated $644.2 million across all of Arizona, according to an economic impact report by the W.P Carey School of Business at ASU.

There’s a trickle-down effect. Tourists and fans come for baseball. But they also need places to stay, food to eat, clothes to buy, transportation and much more. Even in 2020, when the season was shortened by COVID-19, the Cactus League created over 3,000 jobs.

“It has definitely impacted us as a restaurant and the bar industry,” Barbera said.

According to the 2020 Cactus League economic impact report, bars and restaurants raked in over $56 million from fans – and it would’ve been more if the pandemic hadn’t hit.

Barbera’s gastropub sits just down the road from Scottsdale Stadium, the San Francisco Giants’ home during spring training. It is a popular spot for fans to go before, during and after the games. But if there are no games, who’s going to go?

“If we don’t have a spring training season, or it’s limited, it will impact the amount of traffic we generate from those games,” Barbera said.

From when the players report to when the teams break camp is often a laid-back time, but this year it has turned into a standoff between two sides. 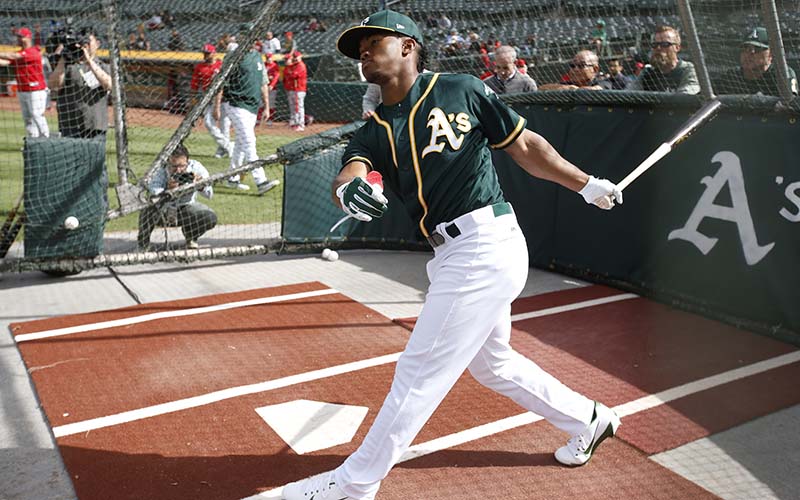 Unless MLB and the players’ association want this “Long Night” to continue, compromise is needed.

The players are determined to get everything they want on their agenda, and the owners haven’t wavered from their stance on what the players want.

Instead of unity, there is division.

“The players are very aware of everything that’s happening, they’re very educated,” Lindor said. “At the end of the day, we just want a good deal.”

As the battle for the 2022 baseball season carries on, negotiations between MLB and the MLBPA continued Thursday.

According to Evan Drellich, the players did come off of one of their demands for arbitration eligibility. In return, they asked for the prearbatration pool to be $115 million instead of $100 million.

One step forward, two steps back. 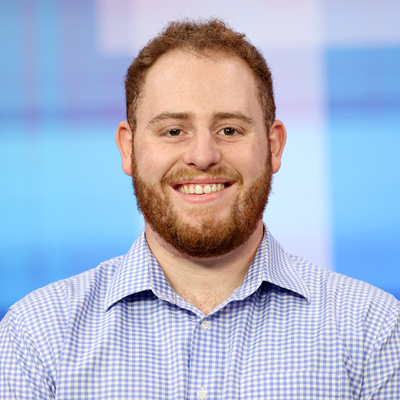 Spencer Gustafson expects to graduate in May 2023 with a bachelor’s degree in sports journalism and a minor in film and media studies. Gustafson, who has worked for Blaze Radio, is working for the Phoenix sports bureau.