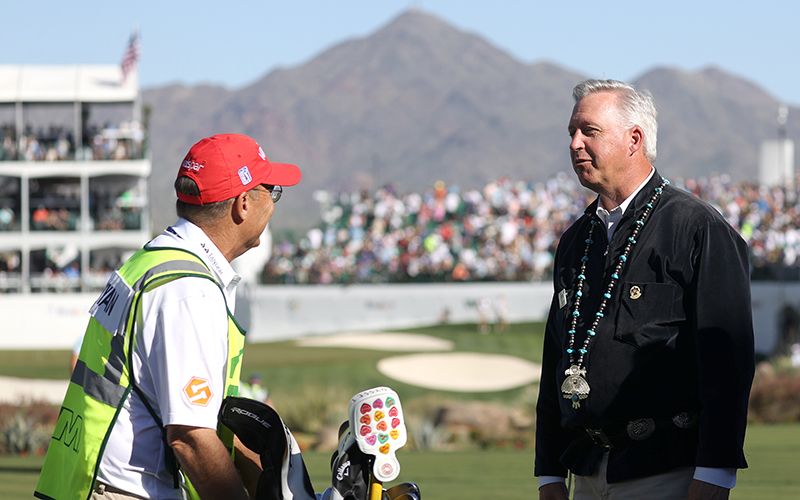 The Thunderbirds charitable organization spent a year preparing for the 2022 WM Phoenix Open. Once the event starts, members like Daniel Fox ensure everyone – from fans to caddies – are enjoying the experience. (Photo by Hogan Armstrong/Cronkite News)

PHOENIX – Green is the color most associated with the WM Phoenix Open, commonly referred to as “the greenest show on grass.” That could refer to the money the Thunderbirds raise for charities as well.

After hosting the event under a cloud of restrictions due to COVID-19 in 2021, the charitable organization believes it will raise $10 million this year, up from $3.8 million, WM Phoenix Open Chairman Michael Golding said. The 2022 tournament, which is wrapping up with final round competition today, lifted all pandemic restrictions.

“What we do out here year round is focused on creating an environment where the fan experience improves every year so that we can grow our charitable give every year,” Golding said. “That’s the most exciting part about being out here and being a part of the Thunderbird organization. It’s also fun to design and create an environment together that is sought after.”

The role of a Thunderbird ranges from directing foot traffic to maintaining crowd noise while players are about to hit, to even riling up the crowd when the moment is right. They also prepare for the unexpected. When spirited fans at the 16th hole Saturday celebrated Sam Ryder’s hole-in-one by throwing hundreds of beer cans onto the green, Thunderbirds quickly gathered a clean-up crew so play could continue. 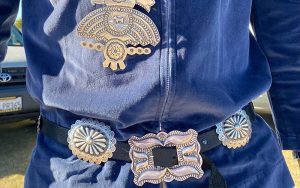 Members of the Thunderbirds all where blue tunics with large belts and silver pendants. (Photo by Dominic Stearn/Cronkite News)

Ultimately, the primary job of the Thunderbirds is to make sure that every fan enjoys their experience at TPC Scottsdale in whatever capacity possible. PGA Tour veteran Bill Haas joked that he often sees the Thunderbirds “right in the middle of everything and having fun with the crowds.”

“Everything that goes on within the property, a Thunderbird is intimately involved in,” Golding said.

The charitable organization began in 1937, when the Phoenix Chamber of Commerce saw a need for a unique committee as it became more involved in conventions and tourism. Membership is limited to 55 members and when a Thunderbird turns 45, his status changes from Active to Life Member. Among those are longtime sport executive Jerry Colangelo and Gov. Doug Ducey.

Their work for preparing the 2022 WM Phoenix Open began Feb. 8, 2021, the day after the previous Phoenix Open. After dealing with pandemic-related limitations, the preparation for this tournament demanded bigger and better efforts, organizers said.

The Thunderbirds have mastered the art of designing and adapting the lively environment at TPC Scottsdale that has led to “The People’s Open” montra. The high demand for tickets and exclusive club box access has led to increased prices this year. General admission tickets range from $50 to $75, depending on the day, with a Skybox on 16 going for a cool $55,000.

All of the money raised goes to charities around the Valley.

“The secret sauce of the Thunderbirds is that we are all here to improve and compete and we work to improve this event every year so that we can generate more money for the community,” Golding said. “Giving back is the most important thing. This golf tournament is our philanthropic machine, but we spend the entirety of the year evaluating the need throughout the community and dispersing those funds.” 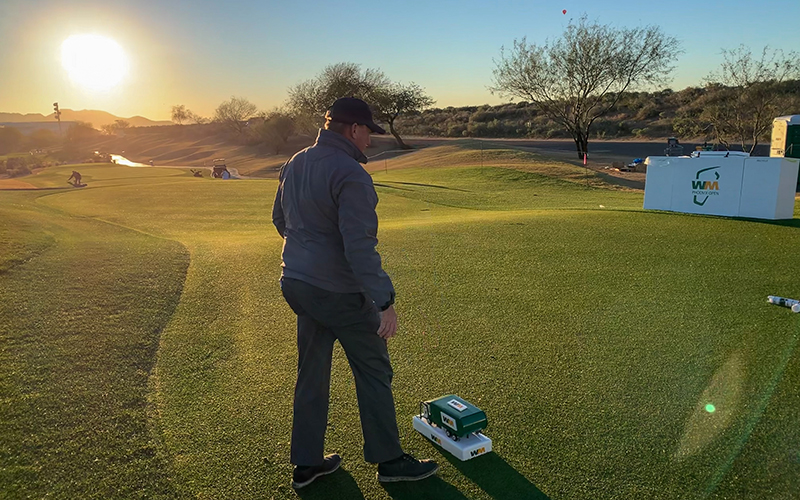 Organizations will reap the benefits of the $10 million the Thunderbirds expect to raise at the 2022 Phoenix Open. First Tee-Phoenix, a frequent recipient, provides golf access to kids who may not be able to afford the opportunity to play or receive lessons.

“It is because of the funding and support of the Thunderbirds that First Tee-Phoenix came into existence in 2003,” First Tee-Phoenix Director of Programming Michael Bergeson said. “We are very thankful for all of the opportunities that are afforded to the youth of the Phoenix valley through their charitable and hard work.”

The $10 million is up from $3.8 million last season, when COVID-19 significantly limited attendance. Since its inception, the organization has raised more than $165 million. Thunderbirds Charities is a 501(c)(3) organization and received a 100 rating on charitynavigator.org’s most recent review.

With one tournament almost complete, the Thunderbirds will begin preparations for the 2023 Phoenix Open almost immediately. 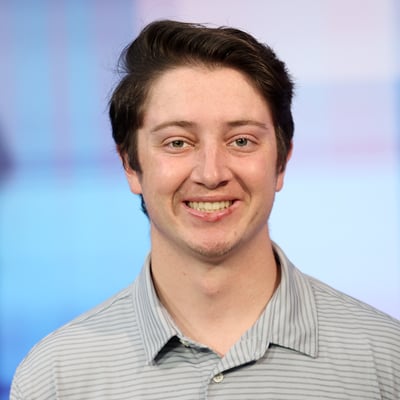