Ryan Bader, who wrestled at Arizona State, headlines a group of Arizona fighters who will compete in Bellator MMA 273 at Footprint Center. (Photo by Dean Mouhtaropoulos/Zuffa LLC via Getty Images)

Bader, 38, headlines the event and is fighting for the heavyweight world championship against Valentin Moldavsky. He is coming off a tough loss at the hands of light heavyweight competitor Corey Anderson, a fight that lasted just 51 seconds. Although Bader heads into this title fight as a significant underdog, he expects his opponent will be a favorable match-up stylistically.

“I’m totally fine wherever this fight goes. … There are different areas I can exploit for sure,” said Bader, who wrestled at Arizona State and trains in the Valley.

Although Bader’s first fight at the Footprint Center did not go his way, the Arizona resident now has the opportunity to redeem himself in front of his supporters just three months following the TKO loss.

“(Bellator) asked if it was too soon to get back in January, I said, ‘Hell no. Let’s go.’ Get a little redemption here in front of the hometown crowd,” Bader said.

The same goes for former UFC and WEC lightweight champion Henderson, who lost his last outing versus Brent Primus via unanimous decision.

“I’m incredibly happy and incredibly grateful to be fighting in my adopted hometown – not just logistics wise, but I honestly enjoy having my family, my friends, and fans to be able to come out and support,” said Henderson, who trains in Glendale.

Henderson faces Islam Mamedov in the card’s co-main event, a fight that can land either fighter a potential title shot. With retirement looming, Henderson, 38, knows that he must make the most of his opportunities at this stage in his career.

“I won’t be doing this for too much longer, so getting fights here in Phoenix – it definitely means a lot to me,” Henderson said. “I’m not gonna stop until I have the Bellator belt around my waist.”

As Henderson hopes to climb his way towards a belt, Bader plans to walk out of Footprint Center with his. He worked with former ASU wrestler Cauley throughout training camp, along with former UFC fighter C.B. Dollaway, Bader’s teammate throughout their time wrestling for ASU.

“(Cauley) is a high level fighter and one of the better guys I’ve trained with. … To be able to push each other – gage ourselves off of each other has been awesome,” Bader said.

Cauley intends to remain undefeated, going up against Ben “Big Tuna” Parrish in the preliminary matches of the card. With only two professional bouts under his belt, Cauley is excited to showcase his growth and evolution as a fighter just a few miles down the road from his house.

“I was joking around with Benson Henderson, like if we could just do this every couple months in Phoenix, that’d be perfect,” Cauley said. “It doesn’t get any better than this.”

Bader’s opponent, the Russian interim heavyweight champion Moldavsky, however, does not seem to be concerned about fighting in a “hostile” environment.

“He lost (his) last fight in this city… knockout,” Moldavsky said.

Moldavsky (11-1) enters this championship unification bout on a six-fight win streak. He earned a unanimous victory over Tim Johnson the last time he entered the cage, taking home the interim belt and securing a match-up with current champion Bader.

Moldavsky has been coached by Fedor Emelianenko since 2015, a fighter who is widely considered the greatest heavyweight of all-time. Emelianenko, however, lost to Bader by TKO in January 2019, the fight that crowned Bader the new heavyweight champion.

Corrales, who also trains in Arizona, will fight Aiden Lee.

With Moldavsky looking to get one back for his coach and bring the title back to their homeland of Russia, and Bader hungry for redemption in his adopted hometown, Arizona fight fans should expect fireworks Saturday.

“A fight is a fight. … Like Mike Tyson says, ‘You can have a game plan until you get punched in the face,’ ” Dollaway said. “Look to see a high paced fight. I don’t think there’s gonna be a lot of waiting around … the champion is going to show why he is the champion. We’ll find out on Saturday.” 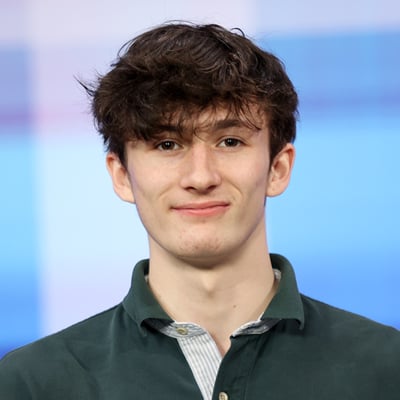