The Phoenix Suns extended the contract of general manager James Jones with the team in first place in the NBA’s Western Conference. (Photo by Christian Petersen/Getty Images)

PHOENIX – Now that the Phoenix Suns have a glimpse of what modern-day NBA success looks like, they are committing to their blueprint for the near future.

The Suns, the reigning Western Conference champions, announced in a press release Tuesday that they have extended general manager James Jones’ contract amid a successful 2021-22 season. The Suns are 38-9 and hold the first-place spot in the West. Jones is in his third season. Last year, the Suns won the Pacific Division and Western Conference titles for the first time since 1993 and Jones earned NBA Executive of the Year honors.

“It’s a privilege to support our Suns and Mercury players, staff, employees and our fans,” Jones said in the release. “The Valley is a special place and I’m excited for the future.”

Jones spent 14 years in the league as a player for five different teams, including two seasons with the Suns from 2005-07. In 2017, he was named vice president of basketball operations for Phoenix, taking no time off from professional basketball following the end of his playing days.

“I was happy for him,” coach Monty Williams said. “Anytime you can hang around as long as he has, that’s a huge accomplishment. He earned it for sure. The decisions he’s made, the culture he’s established, has certainly put us in the position we are. I was grateful when I heard about it. I’m glad I get to be in this position where I get to work with him and coach the guys I get to coach.”

It is not uncommon for former players to work their way up to executive roles. Some of the league’s best players went on to have successful careers in NBA front offices (Larry Bird, Danny Ainge, Jerry West, Joe Dumars and more).

What is noteworthy is that Jones is one of three active general managers that took an executive role immediately upon retiring from playing. He joined the Charlotte Hornets’ Mitch Kupchak and the Philadelphia 76ers’ Elton Brand, who both took the long trek from the hardwood to the wooden desk upon retirement. Both Brand, who started with the 76ers, and Kupchak, whose first front-office position was with the Lakers, served almost two years in an assistant or supervisor role. Jones, who became the Suns’ interim general manager in October of 2018 following the firing of Ryan McDonough, had spent just over a year as the vice president of basketball operations.

“If you look at his career, he was in Indiana with guys like Reggie (Miller),” Williams said. “A lot of the time your career trajectory is dictated based on the vets you are around when you come in. I think that was a great start for him to learn the league and that role. And then when you’re around as much winning as he’s been around in Miami and Cleveland, you learn a lot.”

Working in unison with co-interim GM Trevor Bukstei, one of Jones’ first moves was to acquire Kelly Oubre Jr., whom he later traded along with Ricky Rubio and two other players to the Oklahoma City Thunder in 2020 for Abdel Nader and nine-time All-Star and four-time league assist-leader Chris Paul. The deal set the table for the Suns’ rise in the West.

The 2018-19 season ended with the Suns’ fifth straight losing season and ninth straight without a playoff appearance. After its conclusion, Sarver decided to promote Jones to permanent GM, returning Bukstei to his former role of assistant. Jones’ first order of business was firing head coach Igor Kokoškov after just one season.

To replace Kokoškov, Jones turned to Williams, who had head coaching experience with the New Orleans Pelicans. Williams spent the previous year as Brett Brown’s lead assistant in Philadelphia, a rising team in the East.

“It starts with James, which is great for the city of Phoenix and great for the organization,” Williams said. “It all started before I came. You have to lay the foundation and the principles where you get to make the decision to bring in a doofus coach like me, and change the roster the way that he’s done it. (The extension) is a great reward for a lot of work.”

Williams chose Jones and the Suns over other franchises with coaching vacancies, including the Lebron James-led Los Angeles Lakers. For a stretch, the duo of Jones and Williams was the only pair of black head coaches and general managers in the NBA.

A plethora of moves made by Jones over the past three years shaped the Suns into the first-place team that they are today. In addition to his deal-making, Jones is highly regarded for resurrecting the struggling careers of guard Cameron Payne and center Bismack Biyombo, among others.

In 2020, after the addition of Chris Paul, the Suns earned a spot to compete in the pandemic-induced NBA Bubble in Orlando. Phoenix won all eight of its games in Orlando, but missed the playoffs with a record of 34-39. Since then, the Suns hold the best regular-season record in the NBA at 97-30.

“My gut feeling felt right when I was talking back-and-forth with my agent (B.J. Armstrong) about Phoenix,” Biyombo said. “I wanted to play this year for something.”

He added, “So, I look forward to that, and (Jones) gave me that chance to battle for something.” 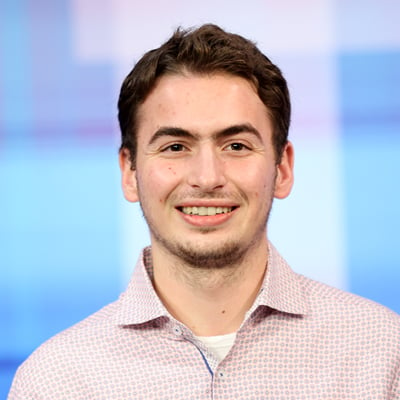