As tribes wait for investigation to conclude, debate over Indian schools continues 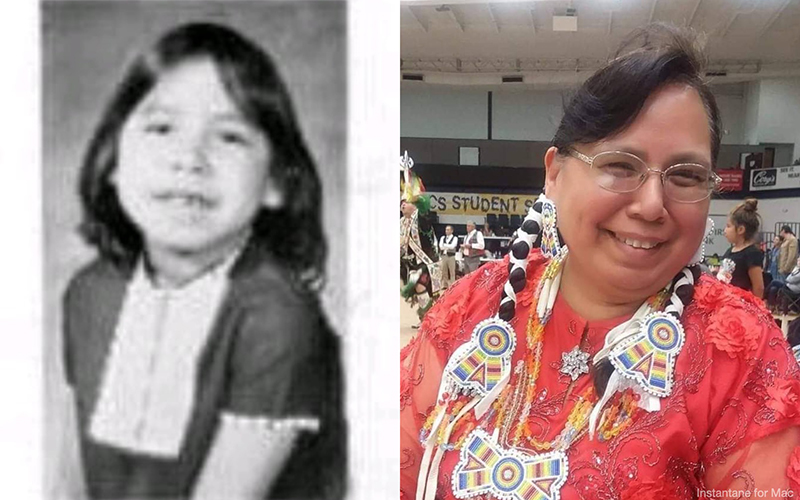 Tribes across the Southwest dread the possibility that thousands of unmarked graves might be uncovered by a federal investigation into abandoned Native American boarding schools expected to wrap up early this year.

The investigation, ordered by U.S. Interior Secretary Deb Haaland, came in the wake of the discovery this year of more than 1,200 unmarked graves at two long-shuttered boarding schools in Canada’s British Columbia and Saskatchewan provinces.

The probe also has renewed debate over Indian boarding schools, which were established in the 19th and 20th centuries with the primary objective of assimilating Indigenous youth into white culture by denying the use of their languages, dress and other cultural aspects.

Most boarding schools were closed in the 1980s and early 1990s, but dozens of schools remain open, with 15 still boarding students as of 2020, according to the National Native American Boarding School Healing Coalition. Some are controlled by local tribes, while others are operated by the Bureau of Indian Education, a division of the Department of the Interior.

Boarding school alumni are widespread among Indigenous communities, and their thoughts about their experiences vary widely.

“She’s brought awareness for our Native people, for our children,” retired elementary school teacher Oney M. Roubedeaux said of Haaland. “I feel like that is opening up a box of worms. I mean, just a whole big old span of our people that nobody paid attention to.” 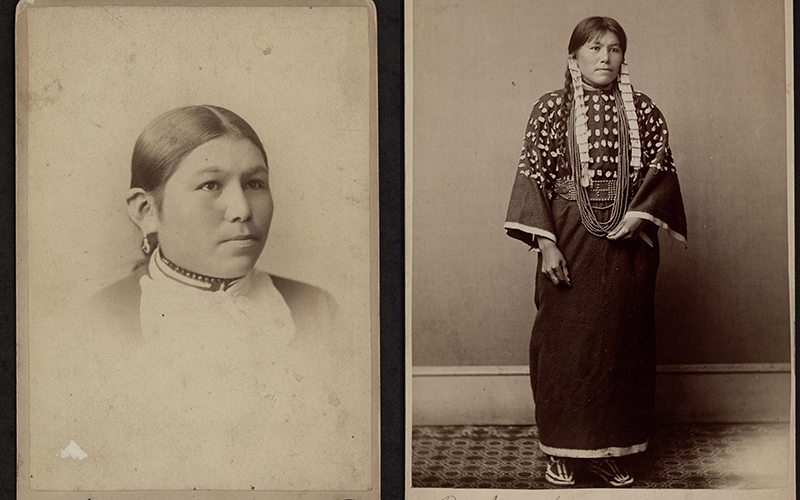 Roubedeaux, who is Ponca and Otoe-Missouria, was 6 in 1971, when she rode a Greyhound bus from Stillwater, Oklahoma, to Concho Indian Boarding School in El Reno with her brother, who was 8. She is the youngest of 17 siblings, many of whom attended boarding schools.

After her mother’s death in 1973, Roubedeaux was separated from her brother when she transferred from Concho to the Seneca Boarding School.

She said one of her other brothers was beaten to death in his room in Chilocco Indian School, 20 miles north of Ponca City, in 1980, the year it closed down. By the time she left Concho, there had been three student deaths, one being her best friend’s brother.

After her mother’s death, Roubedeaux was placed in foster care.

She went through 10 foster homes before one foster mother realized Roubedeaux – who was 16 – could not read or write. The teachers at the public and boarding schools she attended had never taken the time to teach her, Roubedeaux said.

She caught up, she said, with help from her foster mother, and eventually obtained a degree in special education from the University of Central Oklahoma. Roubedeaux, who lives in Pawnee, concluded her 20-year teaching career in March 2020.

Although “not everything was good,” she said, boarding schools gave her self-reliance, which was her biggest reclamation of agency.

“Boarding schools were a learning experience for me as a young child … it took me through life, to be able to rely on myself,” Roubedeaux said. “To this day, at the age of 57, I can still do that.”

According to the Boarding School Healing Coalition, 367 Indian boarding schools operated in 29 states, from Alabama to Alaska. Seventy-three were operating in 2020, and 15 of them still boarded students. Oklahoma had the most, with 83 schools, some of which still are operating. Arizona was second with 51 schools, 25 of which are open and three of which board students; New Mexico was fourth with 26 boarding schools.

Riverside Indian School in Anadarko, Oklahoma, organized in 1871, is the oldest of four federally operated boarding schools in the nation.

Today’s boarding schools are a good thing, said Constance Fox, who is Cheyenne and Arapaho and graduated high school from Riverside in 1984. 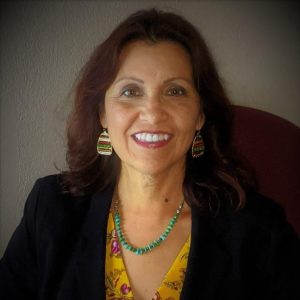 Indian boarding schools of today are vast improvements over those in years past, says Constance Fox, a self-determination adviser for the Bureau of Indian Affairs in Oklahoma. (Photo courtesy of BIA)

“I think they’re a good thing because of the uniqueness Native students have,” said Fox, who’s a self-determination adviser for the Bureau of Indian Affairs in Oklahoma. “For many, it was all they had, good and bad. I hope they continue. I know there’s been a lot of positive strides made … I go back to Riverside and it’s a whole different place.”

Fox said Riverside has upgraded its buildings and athletics department over the years. When she attended Riverside, Fox said, no advanced courses were offered, but teachers now are recruited for such courses.

“I have friends that have kids and grandkids that go to boarding schools and it’s because they want to … because there is still discrimination in public schools,” Fox said. “Being around their Native people makes them want to do better and want to succeed. So, I think that’s a dynamic that has changed over the years.”

Fox attended Concho from grades 3 through 8 and graduated from Riverside as valedictorian. She holds a bachelor’s degree in tourism management from Northeastern State in Tahlequah, Oklahoma, and a master’s degree in education from the University of Oklahoma.

Fox, who lives in Yukon, has worked for the BIA for nearly three decades, mostly in the area of self-determination.

Fox said boarding schools – specifically the adults who worked at them, who she says practically raised her – helped shape her passion for self-determination and her career working to better tribes.

“What at the time was negative to me ended up really being positive,” Fox said. “I learned so much about self-responsibility, and that came from the dorm parents, teachers, and other people who worked at both Concho and Riverside.”

Fox said she fully supports Haaland’s efforts and thinks her investigation shows goodwill to create an understanding of the traumas her ancestors suffered and the impact it has in 2022. Although closure can’t begin without acknowledging the history, she said it is hopeful to begin the healing process for the families and tribes impacted.

Hopi journalist Patty Talahongva got her start in journalism at Phoenix Indian High School in the 1978-79 school year. She is the executive producer of newscasts by Indian Country Today, a national nonprofit digital news publication focusing on Indigenous issues. 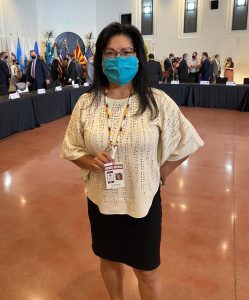 Although Talahongva, who lives in Phoenix, knows about the brutal history of her grandparents’ boarding school experiences, her year at Phoenix Indian School was different.

“People want to cling to this idea that it was always, always bad,” Talahongva said. “I would say there’s always good in whatever story, no matter how bad it got.”

By the time she was in school, Talahongva said, children were allowed to speak their languages freely, and cultural customs were celebrated, not suppressed. The overall experience, she said, made her more independent. The school, which opened in 1891, shut down in 1990.

Even the launch of Indian Country Today’s newscast in April 2020 has roots in boarding schools.

Talahongva said the newscast began a month after the pandemic was declared, so studio options were few. The solution? The former grammar building of Phoenix Indian School, built in 1935 and now used as a visitors center. Indian Country Today used it for seven months before moving into a studio at Arizona PBS.

“Those kids who went to school in that building were never encouraged to go to college, get a degree, or do whatever they wanted to do,” Talahongva said. “They were certainly never encouraged to become (television) anchors and producers. I can hear our relatives laughing. It’s like, ‘Take that, government. We’re using the building you put up to hold us down, and we’re broadcasting to the world.’”

This story was originally published by Gaylord News, a reporting project of the University of Oklahoma Gaylord College of Journalism and Mass Communication. Nancy Marie Spears, a Gaylord News reporter based in Washington, D.C., is an enrolled member of the Cherokee Nation of Oklahoma.

Cronkite News contributed to this story.