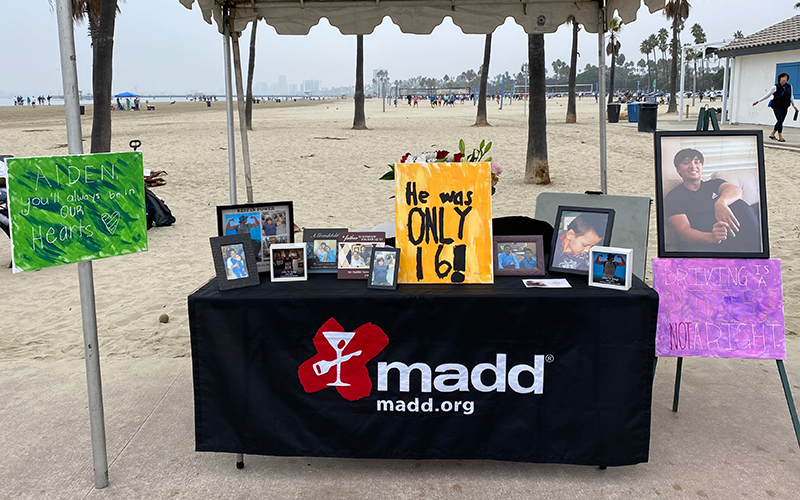 Table dedicated to Aiden Gossage of Long Beach at a recent MADD event, who was struck and killed by a suspected drunken driver in September. (Photo by Amanda Day/Cronkite News)

LONG BEACH, California – Aidan Tai Gossage was using a marked crosswalk in Long Beach on Sept. 4 when a suspected drunken driver hit him, causing catastrophic injuries that took his life.

His mother, Lily Gossage, said Aiden, 16, was wedged into the hood of the car and the driver continued for 150 feet before stopping, which threw Aiden an additional 10 feet.

“This isn’t an accident, it’s manslaughter, it’s murder,” she said. “People who drive and take drugs, they choose to do that. There’s so many ways to get Uber, to call, to not do that. That comes from a depraved, selfish heart.”

Gossage was among a group that took part in a recent SoCal Walk Like MADD event in Long Beach to advocate and stop drunken and drugged driving.

Alcohol-related crashes increased by 9% in 2020, according to data from the National Highway Traffic Safety Administration. In 2019, federal officials reported 260 Arizonans and 949 Californians died in traffic accidents involving alcohol impairment.

“This year, although there are 13% less cars on the road, the DUI’s are significantly increased,” Kim Christianson the special events manager with Mothers Against Drunk Drivers.

The COVID-19 pandemic has caused people to drink more, she said, and many then get behind the wheel.

According to MADD, someone in the U.S. dies every 51 minutes because of a drunken driver.

Gossage recalls the night her son was struck.

“He was coming home, I was waiting for him and I saw him on the GPS, I thought he was coming home,” she said. “It was his body being moved. I trusted him (Aidan). He couldn’t see the car, there are no lights there on that street.”

Although Gossage couldn’t be there for her son’s last moments, she’s grateful for the mother and other good Samaritans at the scene who held his head and caressed his face so that Aidan was not alone when he died.

Celeste Mireles’ sister was killed 10 years ago, when her car was clipped by a drunken driver and slammed into a tree. Lisa Mireles Funes, 43, died at the scene, according to the Pasadena Star News.

If a loved one has been hit by a drunken driver, Christianson said, MADD will provide an advocate to walk you through the court system.

For those who have been affected by a drunken or driving accident, more information on victim assistance is available at MADD.com. 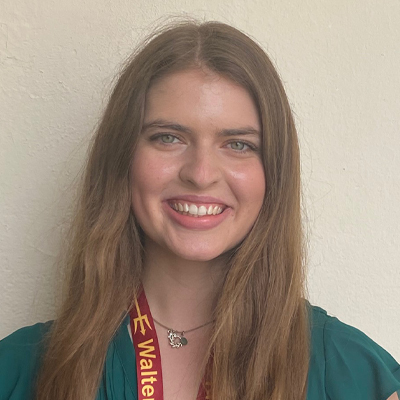