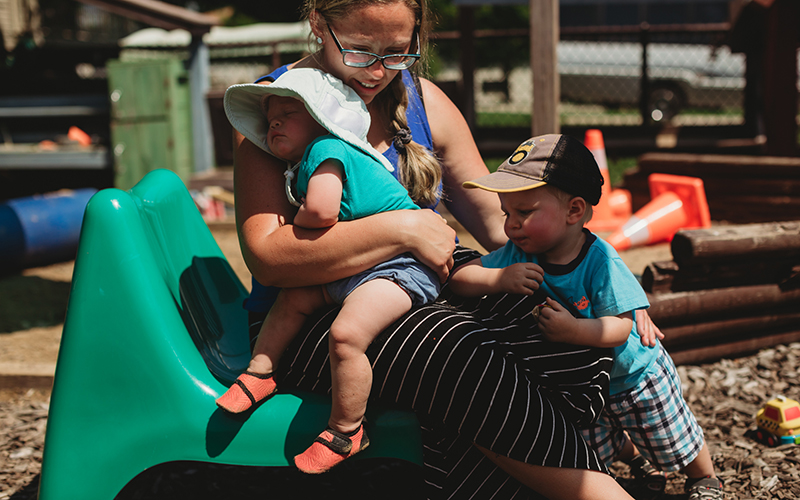 The accelerated child tax credit program has sent more than $1.7 billion to families in Arizona, where advocates say the money is typically spent on basics like food, housing, clothing and school supplies. In this file photo, a teacher holds children at a Wisconsin day care center. (File photo by Jessica Ruiz/News21)

WASHINGTON – Arizona families may have seen the last – for now – payment Wednesday under an expanded child tax credit program that advocates say has been a “game changer” for low-income families in the state.

The program, passed earlier this year as part of the pandemic-relief American Rescue Plan, sent families monthly advance payments, from July to December, of the child tax credit they are expected to receive on their 2021 income taxes. Through November, the IRS had distributed more than $1.7 billion in advance payments to Arizona families, part of the $76.7 billion distributed nationwide.

Unless the Senate acts before the end of the year to extend the program, as part of the Build Back Better plan already passed by the House, the advance payments end with the December checks that went out Wednesday. After that, families will have to wait until they file their income taxes to get the second half of the tax credit they are owed in 2021.

Whatever happens, advocates said the first round of payments has made a real difference for the almost 1.4 million Arizona children who benefited under the program.

“These regular payments, which amounts to up to $300 for a child under the age of 6 or a little bit less for older kids, has made a real, tangible benefit on a monthly level for families to be able to afford groceries, child care, rent, school supplies, and all these other needs that have popped up,” said Andrew Sugrue, assistant director of policy and advocacy at the Arizona Center for Economic Progress. 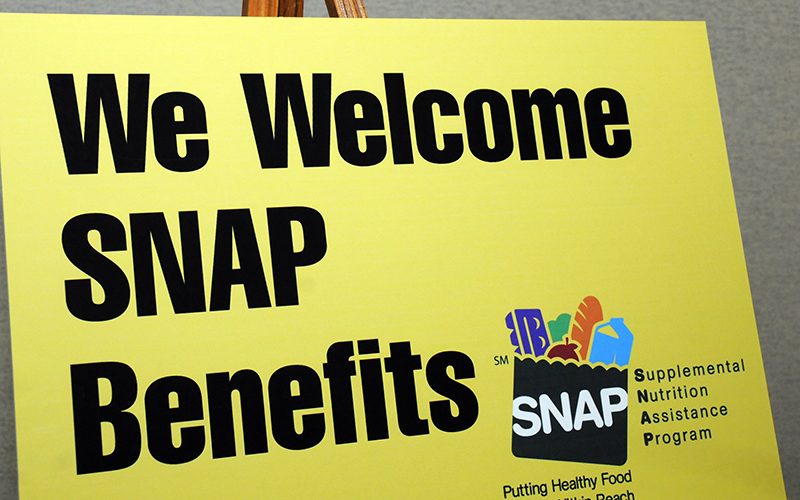 Besides advancing the credit with monthly payments, the American Rescue Plan also increased the maximum tax credit per child from $2,000 to $3,600 and made the credit fully refundable, so families who do not get any income or do not owe any federal taxes can still receive the maximum amount. The expanded credit means eligible families could get up to $300 per month for kids under 6 and $250 a month per child ages 6 to 17.

“This money can really be a game changer for families to help ensure their kids have enough to eat every meal, have a secure roof over their heads every night, have clothing if they grow, and give them a strong start in life,” said Kris Cox, deputy director of federal tax policy at the Center on Budget and Policy Priorities.

Both Cox and Sugrue worry that if the Senate doesn’t act, some parents will struggle to make ends meet between now and next spring, when they file their income taxes and the second half of the tax credit arrives.

“We know that children that grew up in households with more income live healthier lives, they do better in school, they earn more as adults,” Cox said. “Without the expanded child tax credit, many children will have less opportunities to achieve their potential.”

Sugrue said the program was targeted toward families that need the help the most and that the payments, “at least provided on a regular basis,” have been able to help them meet those challenges.

But those first six months of payments have been a success: Nationally, the expanded payments may have lifted 4 million children out of poverty, cutting that child poverty rate by more than 40%, according to Center on Budget and Policy Priorities estimates, what Cox called a “really historic” shift.

She said the payments are often used by low-income families to pay for basic needs they may have struggled with before, providing a “predictable boost” to a family’s income.

“Most families, especially those with lower incomes, are spending their credit on basic necessities, things like housing, food, utilities, and education as well as clothing,” Cox said. “Families who are struggling to make ends meet now have some income support.”

This was echoed by Sugrue.

“We see a lot of evidence when surveys go out to families that have claimed the child tax credit and received these advanced payments, the top uses of the credit are for food, for clothing, for school supplies, all the basic needs the expanded child tax credit was designed to be used on,” he said.

Cox said that payments under the program have also helped push back “against historical and ongoing racial disparities.”

“It narrows the difference between the child poverty rates of Black, Latino and Native American children versus white children,” Cox said.

Not only are the advanced payments benefiting families, but they help the economy as well by pumping money back into local businesses.

Sugrue said the payments so far have “had a tremendous impact on our state.”

“These millions of dollars are not just going to these families, but they’re also spending it in the economy,” he said.