Salpointe Catholic alumnus Taylor Powell now plays with the Sacramento State Hornets, one of 10 teams in the FCS playoffs carrying players with Arizona ties. Powell said he is not surprised at the number of players – 25 – given the level to football talent in Arizona. (Photo courtesy of Taylor Powell)

WASHINGTON – None of Arizona’s three Division I football teams will compete for a national championship this fall, but 25 players with Arizona ties will still have a shot at a title.

Ten of the 24 teams in the 2021 NCAA Football Championship Subdivision playoffs that begin Saturday have players on their rosters who are either Arizona natives or spent part of their college careers playing in the state. South Dakota State leads the list with nine of the 25 Arizonans in the playoffs, while Eastern Washington, Sacramento State and Montana each have three on their rosters.

“There’s a lot of ballers out there for sure,” said Sacramento State’s Taylor Powell, a Salpointe Catholic alumnus who was not surprised so many Arizonans will be in the post-season.

One of those ballers is South Dakota State senior Skyler Cavanaugh who graduated from Cienega High School in Vail. This will be Cavanaugh’s fifth playoff appearance in as many years, part of a 10-year run of consecutive playoff appearances for the Jackrabbits, who lost in last year’s championship game to Sam Houston State, 23-21. 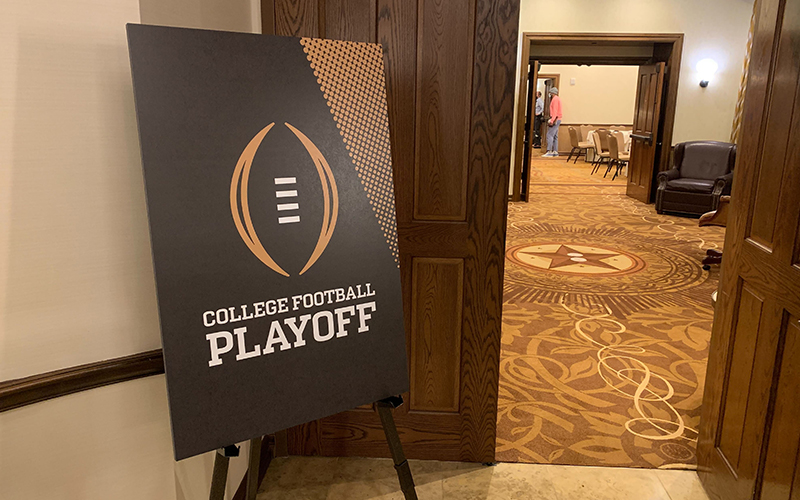 Before coming to Brookings, South Dakota, he starred in football, wrestling and volleyball at Cienega. He won the state wrestling championship at the 220-pound weight class as a senior and led the volleyball team in kills on its way to a state title

Toward the end of his senior season, Cavanaugh was still fielding offers from schools when one of his coaches mentioned SDSU as a prospective college.

“Of course, I’m from Arizona, so I hear ‘SDSU’ and I think San Diego State,” Cavanaugh said in a Zoom interview last year. “I get a call from South Dakota, and there’s (assistant head coach Jimmy) Rogers: ‘Hey, this is Jimmy Rogers from South Dakota State.’ Oh, SDSU. That makes sense now.”

Among the nine Arizonans playing for the Jackrabbits is Cavanaugh’s high school teammate Ryan Swoger.

The Chandler area has produced the most players of those heading into the FCS playoffs this year, with nine calling the city home or having played at one of the town’s three public high schools: Basha, Hamilton or Chandler High.

The FCS tournament is an oft-forgotten part of the college football landscape, mostly because the four-team College Football Playoff crowns a national champion from the NCAA’s top tier of teams, the Football Bowl Subdivision. The FBS includes the likes of Arizona State University and University of Arizona. The state’s other Division I school, Northern Arizona University, competes at the FCS level. NAU has made the FCS playoffs six times and most recently in 2017.

Powell is one of two former NAU players on teams competing in this year’s postseason. He transferred from NAU after his junior year when the Lumberjacks defensive coordinator, Andy Thompson, took the same role at Sacramento State.

Powell said he’s “hungry” to get back on the field after missing the last two weeks with a knee injury and having last played playoff football in 2017 for NAU. 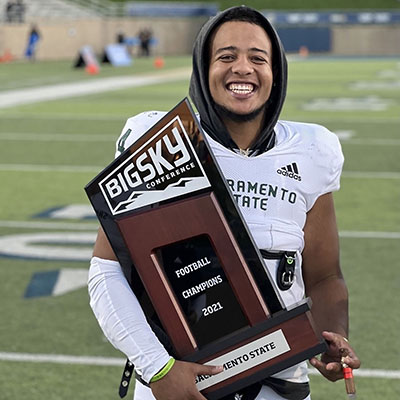 Although he did not know the number of Arizonans in the FCS playoffs, Taylor was not surprised – especially since two of his Sacramento State teammates, Marqui Johnson and Josiah Jacobs, are Saguaro High alumni. Taylor thinks it speaks to the state’s pool of talent.

“I think there’s a lot of talent in all parts of Arizona; definitely southern Arizona as well,” he said. “I think that number is only going to continue to grow as people continue to recruit those areas.”

This year, the Sacramento State Hornets finished 9-2 after rattling off eight wins in a row in Big Sky Conference play to win the league, earning an automatic bid and securing the No. 4 seed in the national championship tournament. Taylor said the FCS’ 24-team tournament is just one example why the FCS level gives athletes plenty of opportunity to thrive.

“A lot of high school players coming out of high school, they want to go to the top schools: Of course Power Five, you know, maybe a mid-major such the Mountain West or something like that,” he said, “But the FCS level offers the same experience: you get great talent, you get great coaches and then these FCS playoffs.”

For Cavanaugh and South Dakota State, the road to the national championship on Jan. 8 runs through Sacramento. If the Jackrabbits take care of University of California, Davis, on Saturday, Cavanaugh and his eight Arizona teammates will have a date with Powell, Johnson, Jacobs and the rest of the Hornets next week.