Brent Huggins, right, a member of the Cherokee Nation, and other protesters demand removal of a statue of Christopher Columbus outside Union Station in Washington, D.C., on Oct. 12, 2020. (File photo by Calah Schlabach/Cronkite News)

Eli Grayson has a sovereignty issue with the notion of an Indigenous Peoples’ Day.

Grayson, 59, a Muscogee Nation citizen and Freedman descendant who lives in Tulsa, calls himself an “unabashed advocate and financial supporter of the rights of the Freedmen of the Five Civilized Tribes.”

He said he doesn’t concern himself with what Oklahoma, other states or even President Joe Biden are doing – although Biden was the first to issue a presidential proclamation acknowledging the holiday – because Grayson thinks this celebration and honor should fall on the tribes.

His tribe doesn’t have a separate day officializing the holiday, nor any holidays commemorating its warriors or heroes, something Grayson finds hypocritical.

But he’s left wondering why the tribe doesn’t assert its sovereignty by celebrating the figures important to Muscogee history and culture, instead of waiting for state and federal governments to become more inclusive.

“Why are you waiting on the white man to come up with some s— for us to celebrate when we should be doing it ourselves?” Grayson asked. “It’s your own history, anyway. The best people to celebrate Indigenous Day is Indigenous people. Let them create it.”

He pointed to women warriors, celebrated tribal leaders and a host of other figures in tribal history worthy of recognition.

Although these states have designated the day, it’s not recognized as a national legal holiday. In 1990, President George H.W. Bush approved a joint resolution designating November “National American Indian Heritage Month,” according to the Native American Heritage Month site hosted by the Library of Congress. Since 1994, U.S. presidents have issued similar proclamations, with variations on the name.

Rebecca Nagle, a Cherokee journalist and host of the podcast “This Land,” said she thinks one of the ways anti-Indigenous racism functions presently in the United States is through erasure. A national holiday, she said, doesn’t eliminate the racist symbols often seen at Halloween. 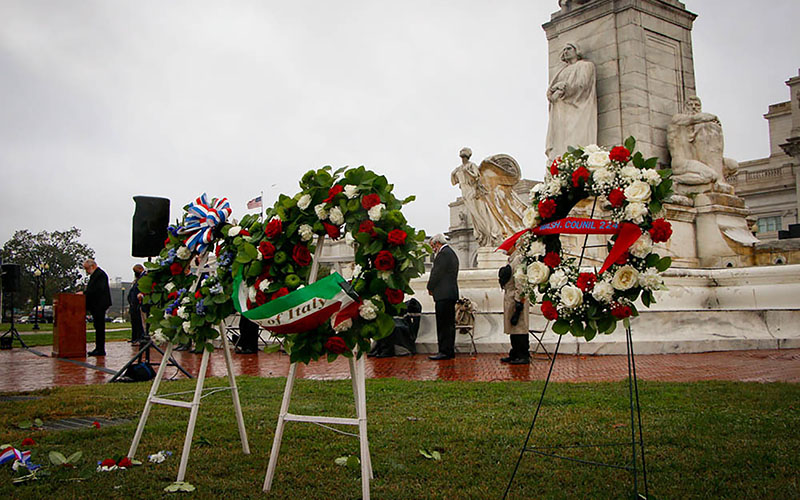 For example, there was a haunted house named the “Trail of Fears” in Moore, Oklahoma, and one called “Trail of Fear Scream Park” in Lawton.

“Even though a holiday like Indigenous Peoples’ Day is symbolic, those types of things only go so far,” Nagle said. “I do think it’s still really important, because it pushes back that erasure, and helps remind folks that we’re still here.”

Some tribes in Oklahoma have established their own holidays, independently celebrating tribally specific figures and other cultural accomplishments.

The Chickasaw Nation celebrated Piominko Day on Oct. 11, remembering the influential Chickasaw leader for his protection of tribal sovereignty and his service as a diplomat and negotiator during the infancy of the United States.

Cherokee Nation Principal Chief Chuck Hoskin Jr. spoke with BNC News about sovereignty issues on Indigenous Peoples’ Day, and the next day signed a proclamation declaring Oct. 15 as Sequoyah Day in Cherokee Nation, honoring the 200th anniversary of the Cherokee Syllabary, which was created to give the Cherokee language a written form.

“We have our own holidays that are significant,” Nagle said. “So the more that tribes want to publicly acknowledge those dates, I think that’s great.”

The Choctaw Nation and the Cheyenne and Arapaho tribes followed Oklahoma’s lead and observed Indigenous Peoples’ Day on Columbus Day.

Despite the seeming steps toward national acknowledgment, the debate about the establishment of Indigenous Peoples’ Day remains.

Shawnee Tribe Chief Ben Barnes took to Facebook, voicing his concerns about the true statewide acceptance of the holiday.

“This Halloween, a local haunted house has marketed itself as “Trail of Tears,” Barnes said. “Should it not be as obvious to everyone by now that this is as bad as naming such an event after a Holocaust camp? … Do not go and take the things you learn from us and reflect them back at us to signal your wokeness.”

Nagle said she feels there is no reason to celebrate Columbus because of the well-documented violence he perpetrated against Indigenous people when he arrived.

“It is erasing genocide, and I think that it’s both erasing and at the same time celebrating genocide,” Nagle said. “And that, to me, is just clearly really inappropriate.”

Nagle said she remains hopeful the nationwide and statewide shifts toward acceptance of Indigenous Peoples’ Day will continue in a positive direction.

For Barnes, the state of Oklahoma and the country still have plenty of work to do.

“I hope our non-Native relatives realize we are tired of being a commodity, exhausted of being ordered with Coke and a side of fries,” Barnes said. “This is Indigenous Peoples’ Day. We have things to say, and not all of it is going to be comfortable.”

Nancy Marie Spears, a Gaylord News reporter based in Washington, is an enrolled member of the Cherokee Nation of Oklahoma. Gaylord News is a reporting project of the University of Oklahoma Gaylord College of Journalism and Mass Communication. For more stories from Gaylord News visit GaylordNews.net. Cronkite News staff contributed to this report.