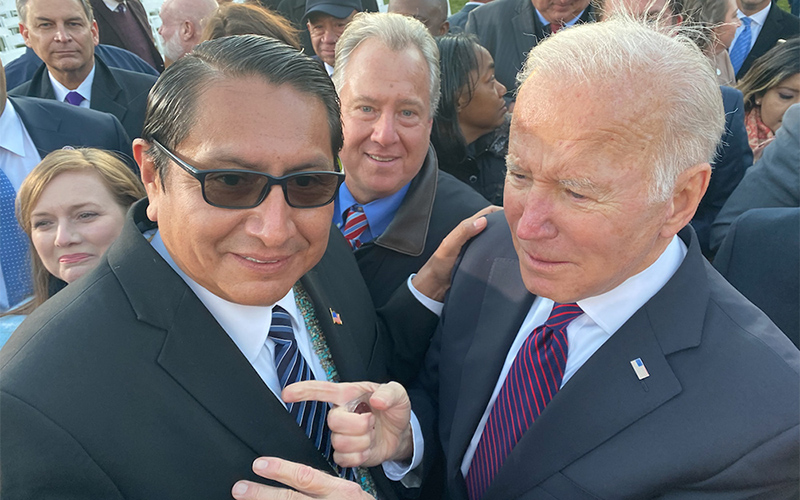 WASHINGTON – Tribal leaders said the just-ended White House summit on tribal affairs “shows promise” for the federal commitment to solving problems in Indian Country and to giving Native Americans a voice in the process.

The two-day “Nation-to-Nation dialogue on critical issues in Indian Country” revives what had been an annual gathering under the Obama White House that was suspended during the Trump administration.

“It is very important that we come back together in unity with the federal government,” Navajo Nation President Jonathan Nez said Tuesday, as the summit was winding down.

That was echoed by the Association on American Indian Affairs, which said in a prepared statement that the summit shows “promise for federal commitment to protect and invigorate Native nation sovereignty.”

“Though federal policy of the past has deemed Native Peoples as a ‘problem’ and worked to outlaw and terminate every part of our personhood and sovereignty, Native Nations and their citizens are finally being recognized as an important part of the future of this country,” the statement said.

This year’s event was staged virtually because of COVID-19 concerns, but President Joe Biden still made the most of the event, using it to announce several tribal initiatives and to push for his Build Back Better plan. 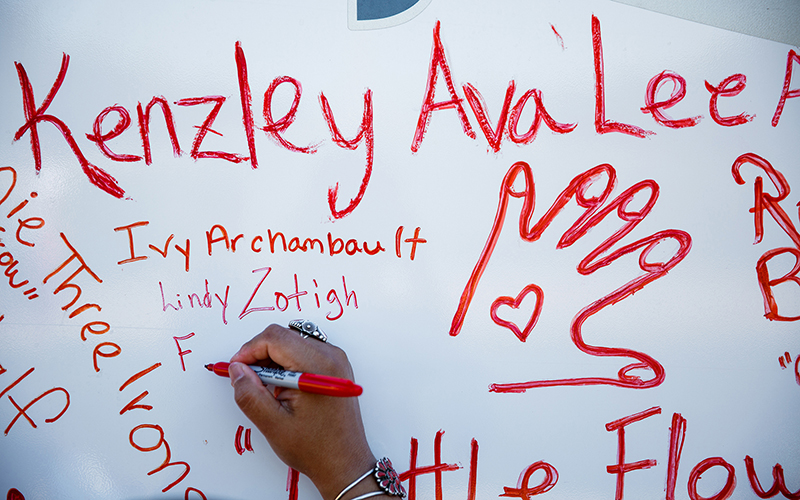 Arizonans hopeful that focus on missing Indigenous persons will pay off

Biden called it a “big day” Monday as he kicked off the summit, which included presentations by him and by Vice President Kamala Harris as well as listening sessions with Cabinet secretaries, from Interior to Homeland Security, from Justice to Health and Human Services.

Biden unveiled five initiatives Monday, including a directive to get federal agencies more involved in protecting Tribal treaty rights and to give tribes a greater voice in the management of public lands. He said his administration is moving to halt oil and gas drilling around Chaco Canyon in New Mexico and that he was directing agencies to incorporate tribal ecological knowledge to help fight climate change.

The biggest action was the signing of an executive order “addressing the crisis of violence against Native Americans.” It directs Justice, HHS and other agencies to work more closely with tribal authorities on the problem of missing and murdered Indigenous people, to improve the collection of missing persons data, and more.

“This builds on the work we did together in reauthorizing the Violence Against Women Act in 2013, when we granted authority to try to exercise jurisdiction over non-Indian offenders who commit violence on tribal lands,” he added. “We’re going to reauthorize that again.”

Nez said in a statement on the missing persons order Monday that Biden “continues to fulfill his commitment to tribal nations that will help to strengthen coordination between all agencies to help locate and resolve missing person cases in tribal communities.” 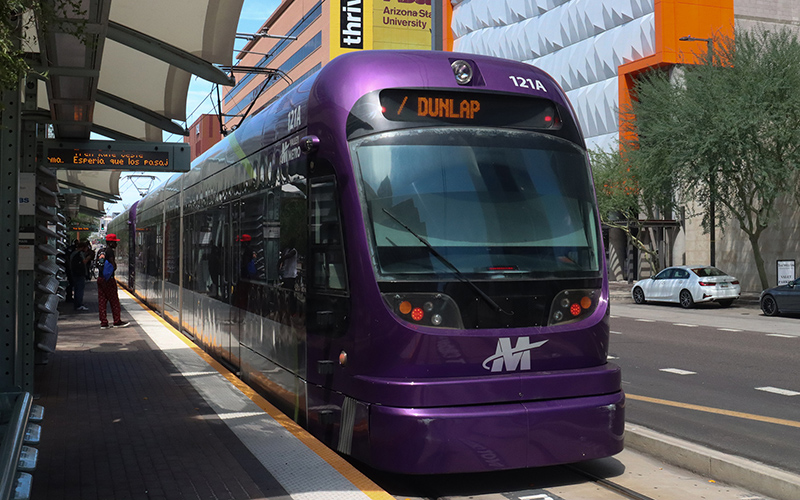 Biden also used the summit to tout the “significant investments” for tribal nations in the American Rescue Plan from earlier this year and the $1.2 trillion infrastructure bill he signed Monday. The two bills together allocate more than $40 billion to tribes, he said, a point later echoed by Haaland.

“We’re proud that this administration has already invested roughly $44 billion to help tribes recover from the COVID-19 pandemic and advance equity and opportunity – and help tribal communities overcome new and long-standing infrastructure challenges,” she said.

Harris closed the two-day summit Tuesday by announcing that the awarding of the first three grants by the Commerce Department’s National Telecommunications and Information Administration under its Tribal Broadland Connectivity Program.

The program, announced in June, allocates $980 million “to tribal governments to be used for broadband deployment on tribal lands, as well as for telehealth, distance learning, broadband affordability, and digital inclusion,” according to the Commerce Department website.

Nez called the summit evidence that the Biden administration is living up to its promises to Native Americans.

“This is the first time in my lifetime that I see the Navajo Nation having a seat at the table at the White House, with Cabinet members of the administration,” he said Tuesday. “And they are listening, and the commitment is there in support of the Navajo people, and we appreciate that from this administration.”