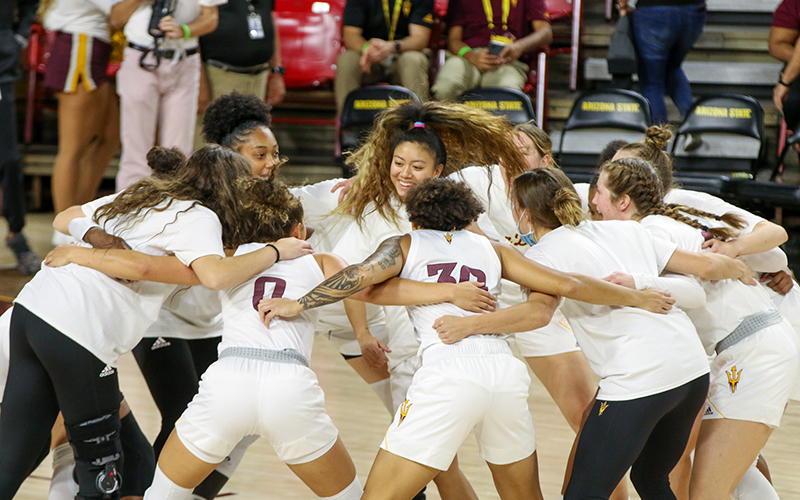 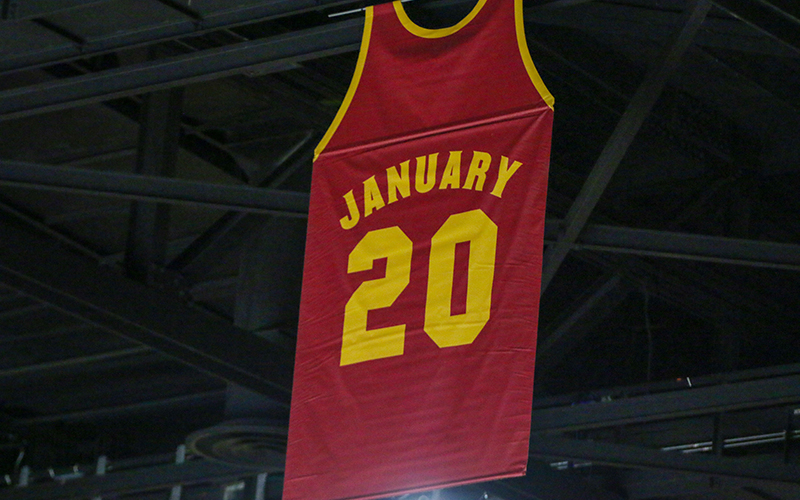 Briann January’s No. 20 jersey is only the third retired at ASU. She joined Ryneldi Becenti (No. 21) and Kym Hampton (No. 32) when her number was retired during a ceremony at halftime of a 66-59 ASU loss to Minnesota. (Photo by Kenneth Manoj/Cronkite News)

She was a dominant two-way player at Arizona State from 2005-09, leading the team in assists and steals in all four years that she wore a Sun Devils uniform. She is still the only player in ASU history to do that.

She was named to the Pac-10 All-Freshman team in 2006, won the conference’s defensive player of the year award in 2008 and 2009 and was named All-Pac-10 second and first team in her final two seasons.

And January ranks second all-time in assists and steals at Arizona State, and sixth all-time in three-pointers made.

But of all of those individual awards and records, January values one record above all the rest: 104-32.

That was Arizona State’s record during her time in Tempe, the best four-year stretch in the program’s history. And, naturally, she called it a team effort. 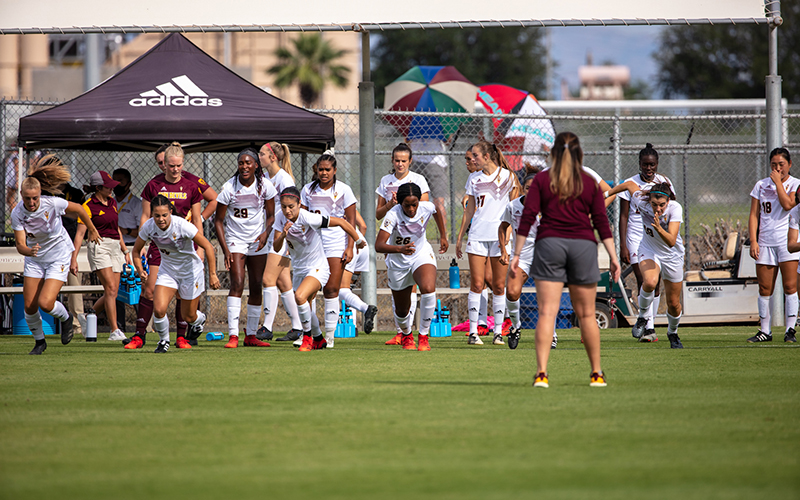 To honor January’s accomplishments, ASU retired her No. 20 jersey Friday at halftime of a disappointing 66-59 overtime loss to Minnesota at Desert Financial Arena. January said she was “speechless” when she learned her number would be retired.

However, the loss put a damper on the festivities and served as a reminder about the lesson ASU coach Charli Turner Thorne hoped her players would learn from January’s ceremony: the importance of team success over individual accomplishments.

“I hope (the jersey) inspires them, ” said Turner Thorne. “I mean, to me (Briann) is inspiring.”

March Madness brought out the best in January, and the record book bears that out as well. She holds ASU’s records for points, assists, steals, free throws made and field goals made in the NCAA tournament.

In the wake of the loss, Turner Thorne lamented her team’s poor decision making and inability to execute the offense efficiently. She also critiqued the team’s efforts to secure defensive rebounds.

And she promised that the team-first lessons will continue, especially on the offensive end of the floor.

“We’re not a team that is going to come out ever again this year and play (isolation) ball,” Turner Thorne said. “That is not what we are trying to do.”

When asked what aspect of the Sun Devils’ performance troubled her the most, Turner Thorne didn’t mince words.

“We knew (the Golden Gophers) were very talented, and that they were going to hit some shots even when we played good defense. So we should have scored better and played better offense.”

Senior guard Taya Hanson and teammates Jade Loville and Maggie Besselink all shared their disappointment after the loss. Hanson and Loville, her fellow senior guard, led the way with 16 and 15 points respectively, while sophomore forward Besselink grabbed 15 boards in the losing effort. 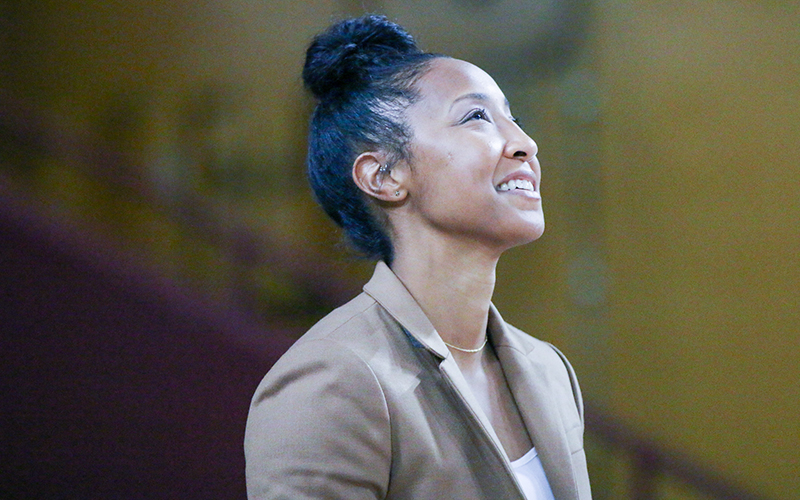 I was honestly speechless,” Briann January said of her reaction when she learned ASU would retire her number during halftime of a game against Minnesota. (Photo by Kenneth Manoj/Cronkite News)

“We’re still learning to play with each other … I think that’s going to come, but (tonight) it came down to just playing as a team and we could have done a much better job of that,” Loville said.

“It’s totally like a lesson that we learned, and we are going to use it every time we play another team,” Besselink said. “Teams are going to get better and tougher as the season goes on, but so are we.”

The loss was especially painful coming on ASU’s home floor.

“We’ve got to defend our house. And today we didn’t do that,” Hanson said. “That hurts.”

January continues to contribute to the ASU program, regularly returning to Tempe in the spring and summer to workout with the team and pass on lessons she learned during her time as a Sun Devil over 13 seasons in the WNBA, including two in Phoenix, and as the floor leader of Indiana’s 2012 WNBA championship team.

For the 2017-2018 season, she took it a step further by joining Turner Thorne’s staff as an assistant coach.

“Briann is a legend,” said Hanson, a freshman on that 2017-2018 team who learned from January what it takes to maximize her potential.

“(I) feel so privileged to have had the opportunity to be coached by her, that was just an amazing experience,” Hanson said. “She just brings a level of intensity and passion to the game that I really needed that year.”

Hanson brought that passion and intensity against Minnesota, scoring a pair of three-point shots midway through the fourth to bring the Sun Devils within striking distance. Hanson delivered as well in the final minutes, converting the game-tying layup to send the game to overtime.

But Gophers junior guard Jasmine Powell scored seven of her 21 points in overtime to help Minnesota secure the 66-59 victory over Arizona State. The loss puts Arizona State at 1-1 on the season after winning the home-opener over Northern Colorado last week.

The Sun Devils try to get back on track Wednesday at BYU, with tipoff at 11 a.m. MST.