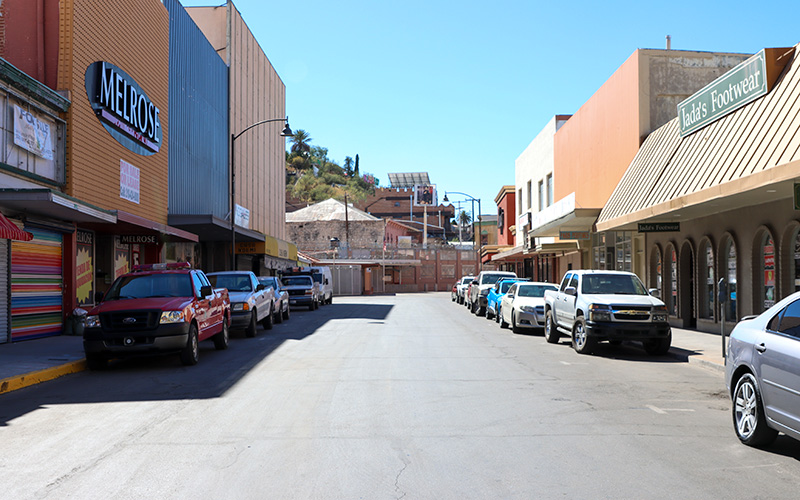 Morley Avenue in Nogales, which normally would be bustling this time of year, is a row of closed shops and empty storefronts the first week in November. (Photo by Ella Ho Ching/Cronkite News) 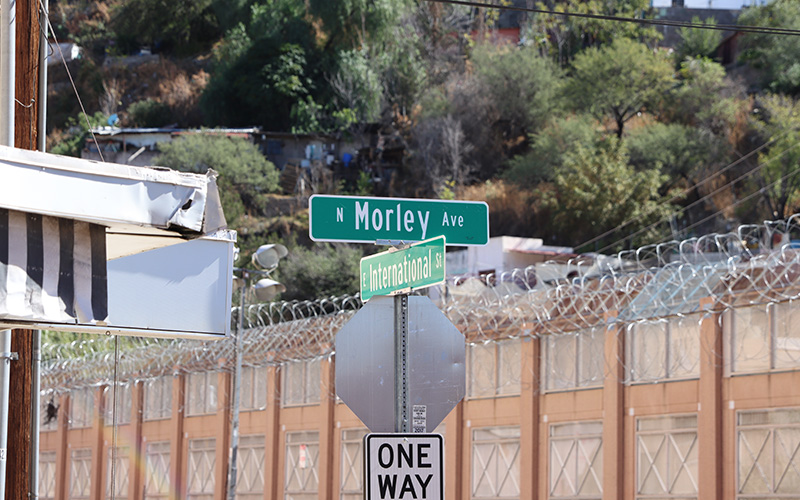 The U.S.-Mexico border is visible from Morley Avenue in Nogales. Businesses traditionally have relied on Mexican customers, but that dried up after the Trump administration closed U.S. borders to nonessential travel because of COVID-19. (Photo by Ella Ho Ching/Cronkite News) 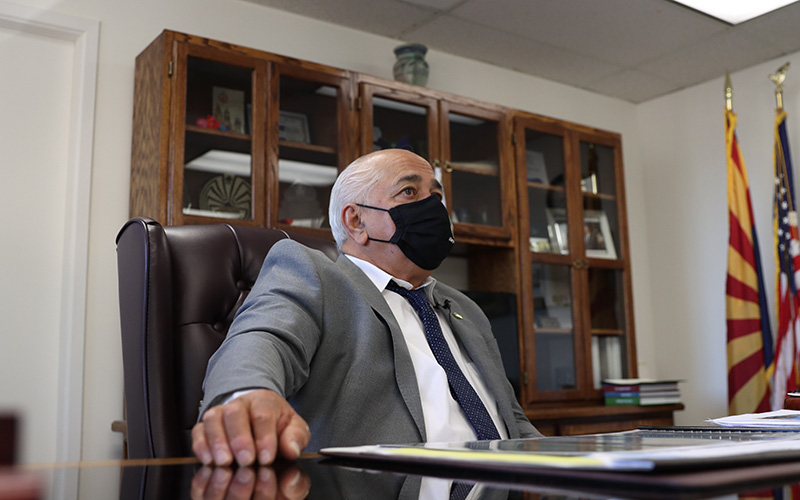 Nogales Mayor Arturo Garino eagerly awaits the reopening of the U.S.-Mexico border on Monday. Nonessential travel across the border into the U.S. has been barred since March 2020. (Photo by Ella Ho Ching/Cronkite News) 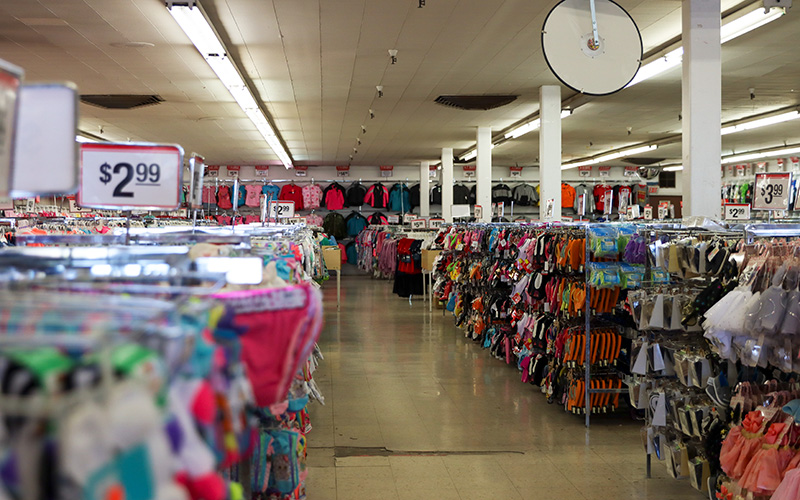 The racks are full but the aisles are empty at Kids Club on Grand Avenue the first week of November. (Photo by Ella Ho Ching/Cronkite News) 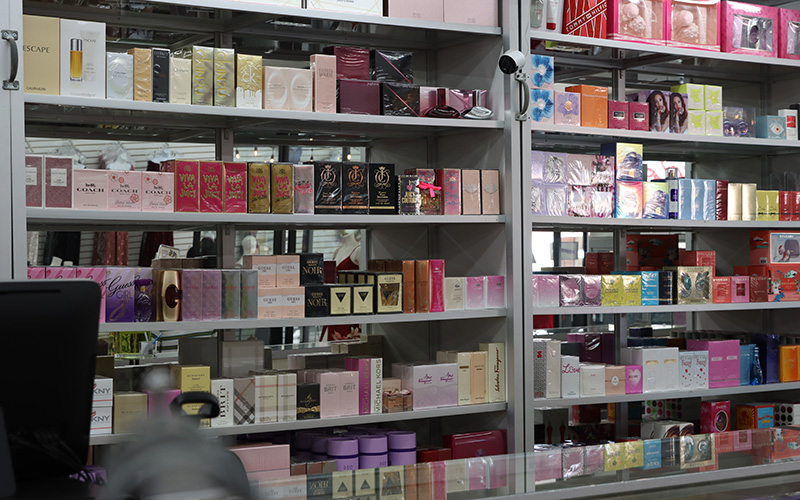 Sam’s Perfume & Fashion has stocked up on merchandise in expectation of Mexican shoppers crossing the border when it fully reopens Monday. (Photo by Ella Ho Ching/Cronkite News)

NOGALES – After 19 months, this Arizona border city will reopen Monday to nonessential travelers from Mexico, giving its 20,000 residents hope that business – and life – may return to pre-pandemic normal.

Fully vaccinated Mexicans will be able to shop just in time for the holidays, normally a booming time of year, when, pre-pandemic, Nogales averaged 65,000 to 100,000 visitors from Mexico a day.

Residents aren’t sure what to expect. A lot has changed since the pandemic was declared in March 2020, stopping all nonessential land crossings from Mexico. Businesses have closed or moved to bordering Nogales, Sonora. People have gotten used to shopping closer to home.

Mayor Arturo Garino said he’s taking a wait-and-see attitude and doesn’t expect an immediate rush. Many Mexicans let their visas expire, he said, and the vaccination rate in Mexico is about half that of the United States.

Only visitors who’ve received the Pfizer, Moderna, Janssen/Johnson & Johnson, AstraZeneca, Covishield, BIBP/Sinopharm or Sinovac vaccine will be allowed entry, according to Centers for Disease Control and Prevention guidelines.

“I hope there’s a long line of people trying to come across,” Garino said. “Whatever it is, it could be a plus for us economically. Let’s see if that happens.”

Nogales has just fewer than 20,000 residents, according to the 2020 U.S. census, and 94.5% are Hispanic. Nearly 30% of the population lives in poverty, and unemployment has been as high as 17% during the pandemic.

On an average day before COVID-19, Nogales would double in size because of tourists and shoppers from Mexico, and during the Christmas holidays, as many as 100,000 Mexicans visited. About 60% to 70% of sales tax revenue in Arizona border communities comes from Mexican visitors, according to the Arizona-Mexico Commission. 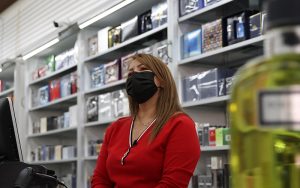 Zulema “Lidia” Lopez, an employee at Sam’s Perfume & Fashion on Morley Avenue, is optimistic that Monday’s border reopening will be a sorely needed economic shot in the arm for Nogales. (Photo by Ella Ho Ching/Cronkite News)

The number of people legally crossing the border in the Nogales district fell from roughly 2 million in January 2020 to 552,827 in April 2020, according to data from the University of Arizona, before rebounding to about 1.26 million in March 2021.

The lack of tourists has harmed retail, dining and hospitality businesses along Morley Avenue, the heart of commerce in Nogales. Garino said many buildings now stand empty, and the city is offering incentives to bring businesses back.

Gregorio Kory, owner of La Cinderella boutique on Morley, said his business has been in the family since 1947, and he hopes to hand it to his children one day.

Shoppers from Tucson helped keep him afloat during the border closure, and he’s not expecting that to change on Monday. He fears that an opening rush might create lines that will discourage others from coming.

“I’m just hoping that people can cross because I’m worried,” he said. “OK, the border is open, but if the line takes four hours to cross, are you going to come? I don’t think so. So that’s really what it comes down to. But we have to start somewhere.”

Maria Magdalena Martinez, an employee of Kids Club on Grand Avenue, said the business lost 30% of its revenue and turned to Facebook and other nontraditional methods to try to increase sales. 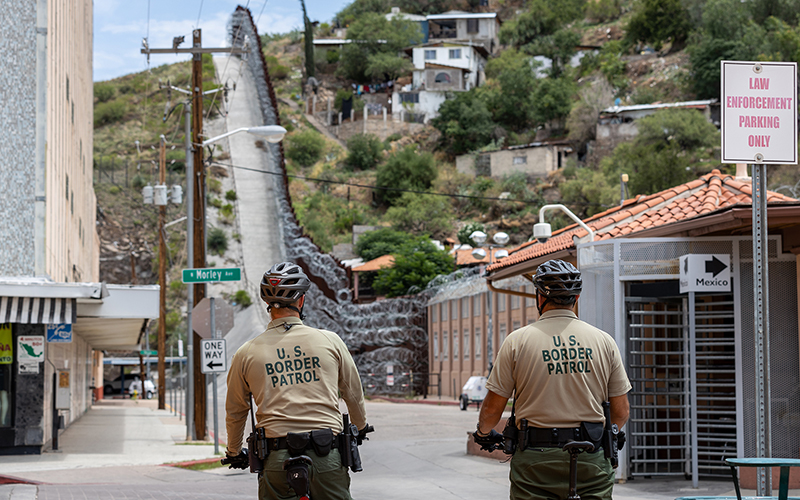 Their preparation for Monday is minimal.

“The owner has not wanted to buy a lot because we’re not sure what’s going to happen. They’re not expecting a lot of people at first,” she said. “I think it’s going to be a little bit slow.”

Zulema “Lidia” Lopez, an employee at Sam’s Perfume & Fashion on Morley, said the shop was closed for 15 months and the owners couldn’t afford to pay the utilities. But Sam’s reopened two weeks ago, she said, and the staff is cleaning, repairing and ordering more inventory in expectation of a surge in business.

Garino said they won’t know until a month from Monday how big of an impact the opening will make on the community.

“So if November does well from, say, Nov. 8 to Dec. 8, we can almost tell in that month how our sales tax was,” he said. “And then come February, then that’s when you can really tell, because that’s when we do our quarterly comparison report.” 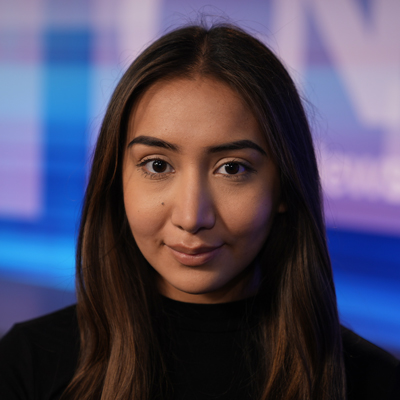 Miriam Cristal Ordoñez expects to graduate in 2023 with a bachelor’s degree in journalism and mass communication and a minor in geography. Ordoñez is working for Cronkite Noticias.