Halloween is here, and so are the classic images of haggard green faces with big warty noses toiling over bubbling cauldrons. But practitioners of witchcraft want to set the record straight.

Szymanski-Lockett is the high priestess of the Sacred Spiral Pagan Church of Arizona, where witchcraft is about using the energy in the universe to help people acquire and achieve their goals.

“The craft is more about healing and just being thankful and being grateful for this beautiful planet we live on,” she said. “It’s not anything like you see in the movies.”

Negative images of witches in Western society go back as far as the 12th century, when religious leaders began to view the long, benign practice as dark and devil-worshipping. Over the centuries, the condemnation grew into witch hunts and trials, which led to the current stereotype of witches as scary, black-clad creatures emerging on Halloween to cast spells. 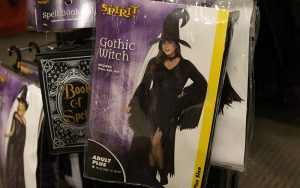 Witches in popular culture often are depicted as evil sorceresses, but some real witches embrace the stereotype and dress up that way for Halloween. (Photo by Sierra Alvarez/Cronkite News)

“I don’t have a wart on my nose,” said Michelle, a psychic witch, Reiki master and yogi who works at Vision Quest Psychic Bookstore in central Phoenix, where there’s no indication of the coming holiday – nary a tombstone or zombie in sight.

Szymanski-Lockett was an elementary school teacher for 28 years, and she said she kept her spirituality hidden due to the stigma surrounding witchcraft and potential repercussions.

“They think of witchcraft as what you see in the movies; that we all dance around at midnight and summon the devil and all this stuff,” she said on a Zoom call from her kitchen, which is adorned with a spice rack and magnets on the refrigerator. “When in reality, we don’t even believe in the existence of the devil.”

Codey Cropper, local practitioner of witchcraft, was raised to believe that mysticism was evil, but he said he found love, acceptance and personal power through practicing.

“For the first time in my entire life, this was the first time I was able to pray and feel comfort in the divine,” Cropper said. “It is a little frustrating to see that at times, and it does suck to always see it be painted in such a negative light.”

Cropper said in any form of religion or practice there will always be people who take it too far. 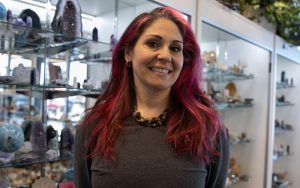 Stefani Michelle, psychic witch and author, says one misconception of witchcraft is that it focuses on controlling energy in a negative way. (Photo by Sierra Alvarez/Cronkite News)

“Anything can be used to manipulate,” Michelle said. “There is a very small percentage of people who use it (witchcraft) in a manipulative way.”

There are many ways to practice, she said, including divination, prayers, spells and crystals. There’s green witchcraft, fairy witchcraft and kitchen witchcraft, to name a few.

Cropper said the broad social and cultural scope of witchcraft is accepting of people from any walk of life and any form of practice.

“I feel like it’s a perfect practice for people to grow and learn and fall into themselves,” he said.

And they don’t mind if you dress up like a witch on Halloween.

“If it makes you feel cool and it gives you empowerment, do it,” Cropper said.

“I love to see it,” said Michelle, adding that even her daughter is planning to dress as a witch. “I think it is wonderful.” 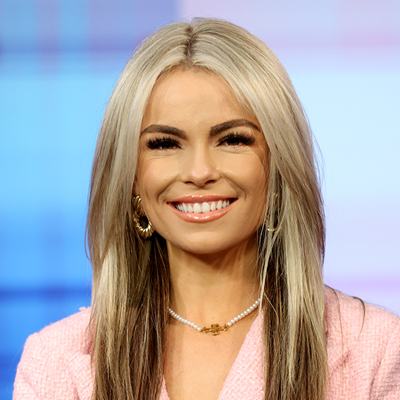 Breanna Isbell expects to graduate in May 2022 with a bachelor’s degree in sports journalism and a minor in fashion. Isbell, who is interning with RightThisMinute, is working for the Phoenix sports bureau. 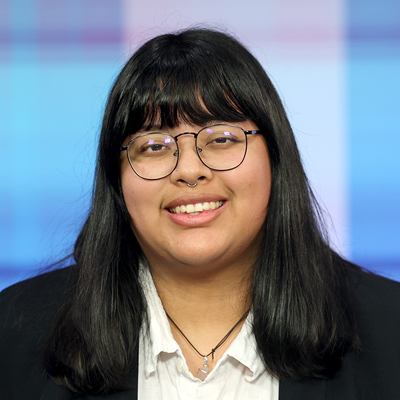 Sierra Alvarez expects to graduate in May 2023 with a bachelor’s degree in journalism and mass communication. Alvarez is assigned to Cronkite News this semester.