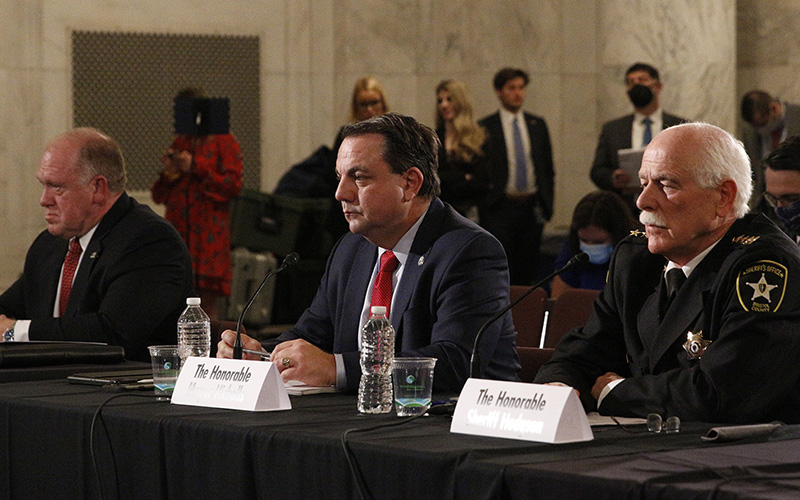 WASHINGTON – Yuma Mayor Douglas Nicholls told a Washington forum this week that the rise in illegal immigration is stressing health care and the nonprofits that help migrants in his town, and he’s worried the situation will only get worse.

“Right now, our Border Patrol agents and our nonprofits are doing an amazing amount of work keeping Yuma safe,” Nicholls said Wednesday, at a roundtable discussion on the border organized by Republican senators.

“As these (migrant) numbers continue to increase, it’s going to be beyond their capability,” he said. “From that perspective we have real concern about our health care system holding up, our nonprofit system holding up, and even our economy.”

His comments come as apprehensions of immigrants at the southern border have surged to the highest level in decades, with more than 1.5 million arrests in the first 11 months of fiscal 2021. That is the highest level since at least 2000, and more than the previous two fiscal years combined.

But immigration advocates say those numbers can be misleading, since they may represent one migrant who is stopped multiple times at the border and turned away. They also argued that nonprofits were under stress by the pandemic before immigration numbers started rising in the last year of the Trump administration. 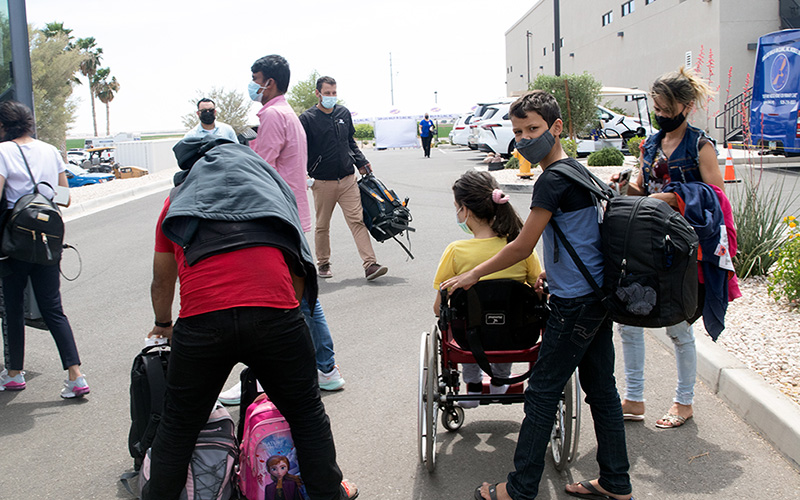 Apprehensions measure events, not individuals, said Jessica Bolter, associate policy analyst at the Migration Policy Institute, which is why “we can’t use apprehension numbers to represent the total number of unique different migrants coming to the border.”

Bolter said that “repeat crossing rates have skyrocketed in 2021,” and that Border Patrol agents do not arrest every migrant trying to get through. Because of that, she said it does not “necessarily mean that the number of individuals caught at the border was the highest on record, and it also does not mean that the number of individuals released into the U.S. was the highest on record.”

Whether it is the highest on record or not, speakers at Wednesday’s event laid the blame for the “unprecedented surge in illegal crossings at our southern border” at the feet of President Joe Biden. Hardly surprising since many of the participants at the event were GOP lawmakers or former members of the Trump administration.

Among some of his first acts after taking office this year, Biden called a halt to construction of the border wall, a signature of the Trump administration. He also ended the Migrant Protection Protocols, the so-called “remain in Mexico” policy that allowed border agents to force migrants seeking asylum to go back to Mexico and wait there for their hearing date.

Critics said that policy led to unsanitary, dangerous makeshift camps on the Mexican side of the border and also led to increased crossing attempts, as Bolter noted. The Supreme Court in August ordered Biden to restore the remain in Mexico policy, which the administration said it is working on.

Nicholls said he wishes Biden did not stop the Trump-era policies in the first place, policies that he thinks “really made a positive impact to the flow” of migrants. And he criticized the administration for not having a plan to cope with the numbers of illegal immigrants that are going to come.

“You can’t make such a large change without any sort of preparation on what that impact is going to be,” said Nicholls, adding that figuring out a way to deal with migrants who are here is the biggest thing that needs to get done. 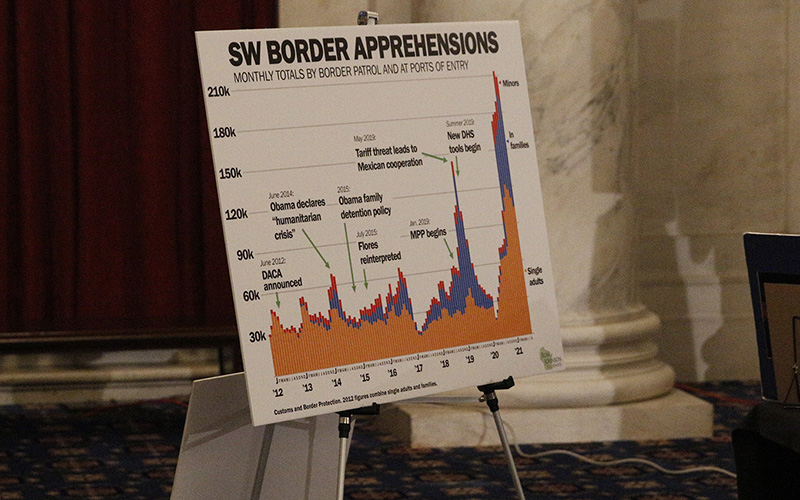 A chart shows the surge in the number of migrants apprehended at the southern border this year, with more than 1.5 million arrested in the first 11 months of fiscal 2021. (Photo by Ulysse Bex/Cronkite News)

“The way the administration and the government are conducting and processing immigrants is not helping, it’s making things worse for nonprofits and local communities,” said Patiño, the director of education and external affairs at Aliento.

He said that lack of preparation is at least partly to blame for the fact that nonprofits in the region that work with migrants are exhausted, as they scramble to work with the growing number of people needing help.

“Since the last two years and the start of the COVID-19 pandemic, non-profits are exhausted, over-stretched and over-working,” Patiño said.

“Yuma is not equipped properly, they don’t have enough nonprofits or churches or even government resources,” he said. “Then it becomes a heavy burden for them, especially since the government just drops them (immigrants) off, and they don’t have the services to support the migrants.”

But Bolter said while an influx of migrants can bring challenges, it’s not all bad.

“While there may be a strain put on some public resources in areas with high concentration of unauthorized immigrants, there is also going to be contributions from those immigrants to local economies and communities,” she said.

“It’s important to note that part of the reason that these migrants are coming is because there’s significant demand for labor in the U.S. and these migrants end up coming and contributing to the U.S. economy,” Bolter said.