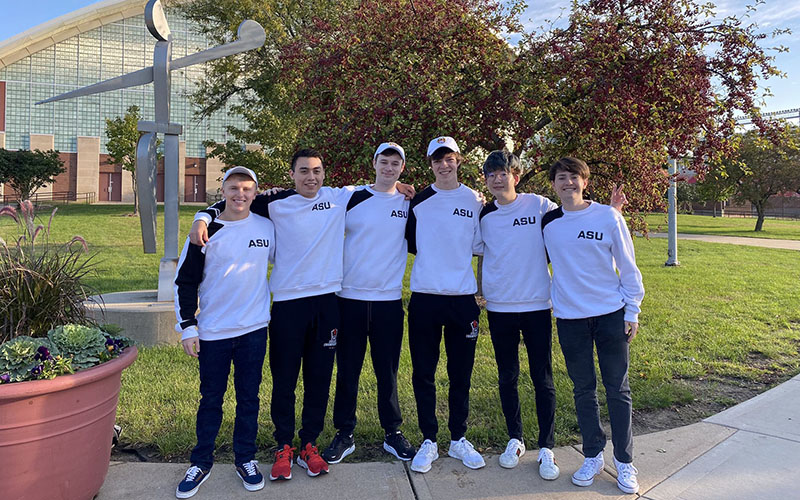 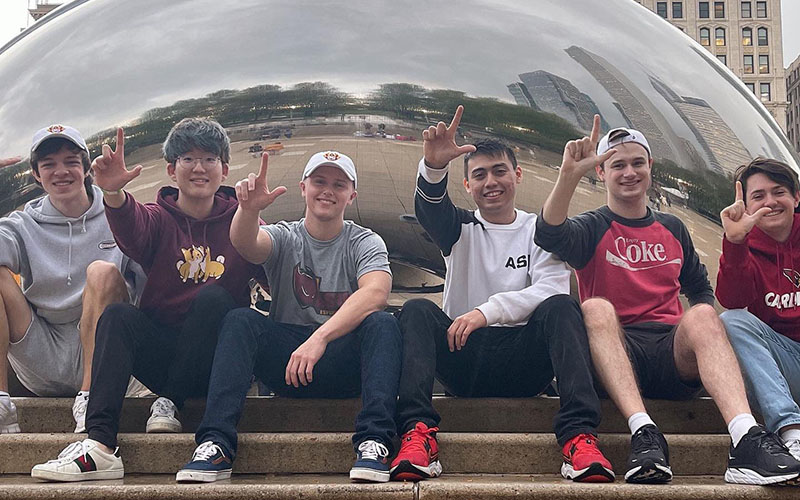 The ASU team took time to check out Chicago’s famous Cloud Gate while in Illinois recently. (Photo courtesy of Mason Choe via Twitter) 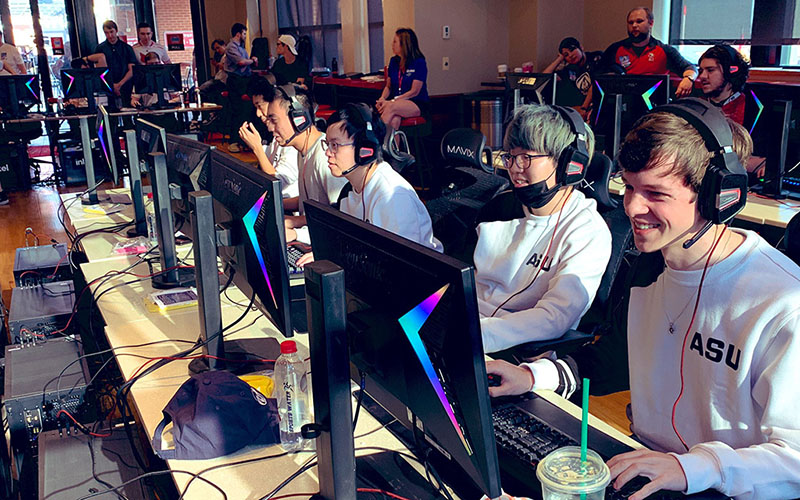 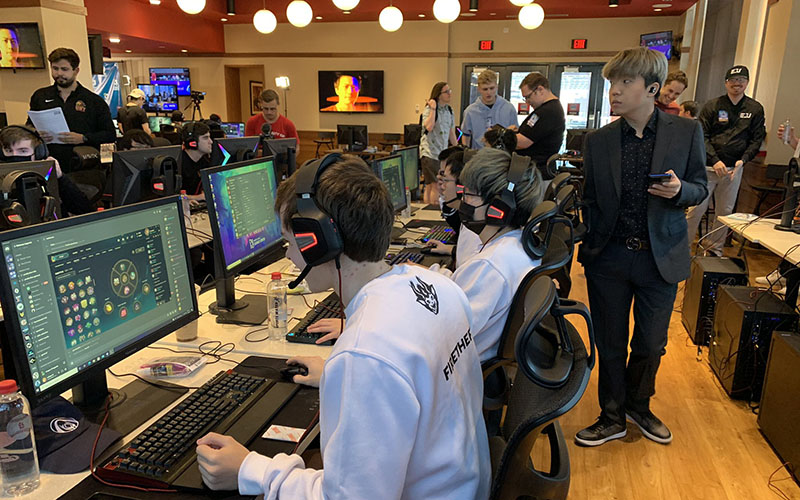 LOS ANGELES – After going undefeated in the College League of Legends West Conference in spring 2021, ASU’s team lost three out of five long-time starters and its head coach.

With a new era beginning, the team exemplifies a culture emphasizing the “power of friendship” despite so much turnover.

Part of that culture comes from being a savvy, scrappy team that has done more without the privileges teams have at some other major universities. University of California, Irvine’s gleaming new gaming facility opened in 2016, and Maryville University and other schools offer scholarships and actively recruit pro players back to college competition. But the ASU team has been able to compete with these funded programs, staying solid by organizing and developing leadership skills as student athletes transition off the team. 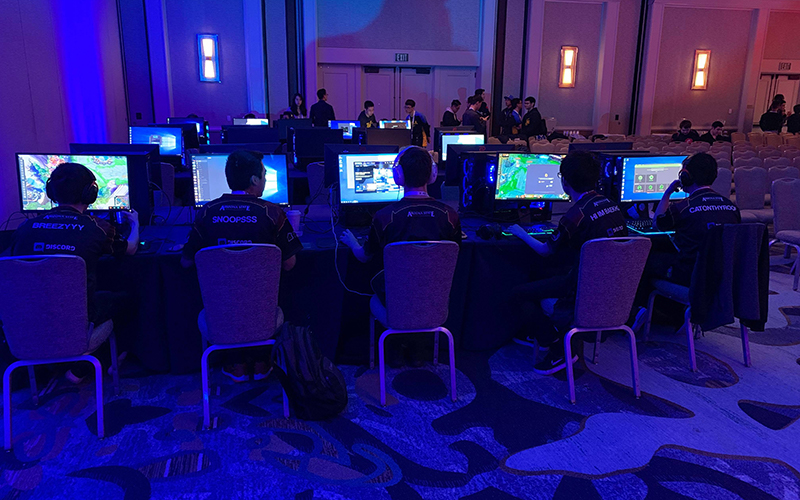 This year, the team quickly elevated Joe “Hansha” Franz to be the starting ADC from the B Team, swapping roles with Sean “Firinz” Innes from mid-lane to support, and brought in freshman mid-laner Michael “Juke Jouster” Kirchner. The only two returners are Nathan “Firetheft” Harris and long time veteran Mason “baekho” Choe.

“My expectations right now for us are definitely more on the development side, simply because a lot of the teams we’re facing have more returning players,” Harris said. “This fall isn’t really about ‘win, win, win’, but instead about everybody finding their place on the team and develop as players for the spring, which I’m confident we can go undefeated again. I want to be a foundation that the team can build around.”

Choe has been with the team since 2016, and became a starter in 2018. He’ll be graduating from Arizona State at the end of the semester, which will require another replacement.

“I’m here this fall to help brush out the team environment. I’m making sure they’re good to go in spring,” he said.

It's time to bring the heat. 🔥

As the veterans, both Harris and Choe have had to be more vocal in games and practice. However, the new players are ready to elevate their game and take the next step.

“There’s definitely some pressure,” Franz said. “Our previous (player Snoopsss) was very good, but I’m really confident in my ability. Just because we’re in a ‘rebuilding’ year, I think we can still compete and be just as good as we were before.”

The team has been dominant since they came together for the first time in 2015, despite being 100% student run and having no university backing in the form of a practice facility, scholarships or active recruitment. A university spokesperson told Cronkite News that ASU offers a high quality, affordable education and “merit-based scholarships and need-based awards for students across all disciplines. In addition, private donors can offer student scholarships, and academic departments offer scholarships or assistance.”

Scholarships do “evolve and change, so there could be esports scholarships in the future,” the spokesperson said.

The University of Arizona announced its funded esports program, the first in the state, earlier this year. Other universities that ASU has been beating, including UC Irvine, are funded by their schools and have used those resources to recruit elite level talent and former pros, including Michael “MikeYeung” Yeung.

ASU gamers say with university funding, the team would be able to travel to more events and tournaments and take it to the next level.

The team had its first real test against collegiate League of Legends titans Marvyille, Harrisburg University and more at the Sixty Six Games Expo this month, hosted by Illinois State and State Farm.

“We’re going to compete in the Sixty Six in Illinois” this weekend, Choe said. “That’s basically my last major tournament, so it’s bittersweet.”

After losing its first series to Bethany Lutheran, ASU dropped to the losers bracket, where they beat Illinois Wesleyan but lost to Grand View University, ending their run.

The team is currently competing in the Columbia College Cougar Invitational, and has moved onto the bracket stage where they will face Illinois State in a best of three.